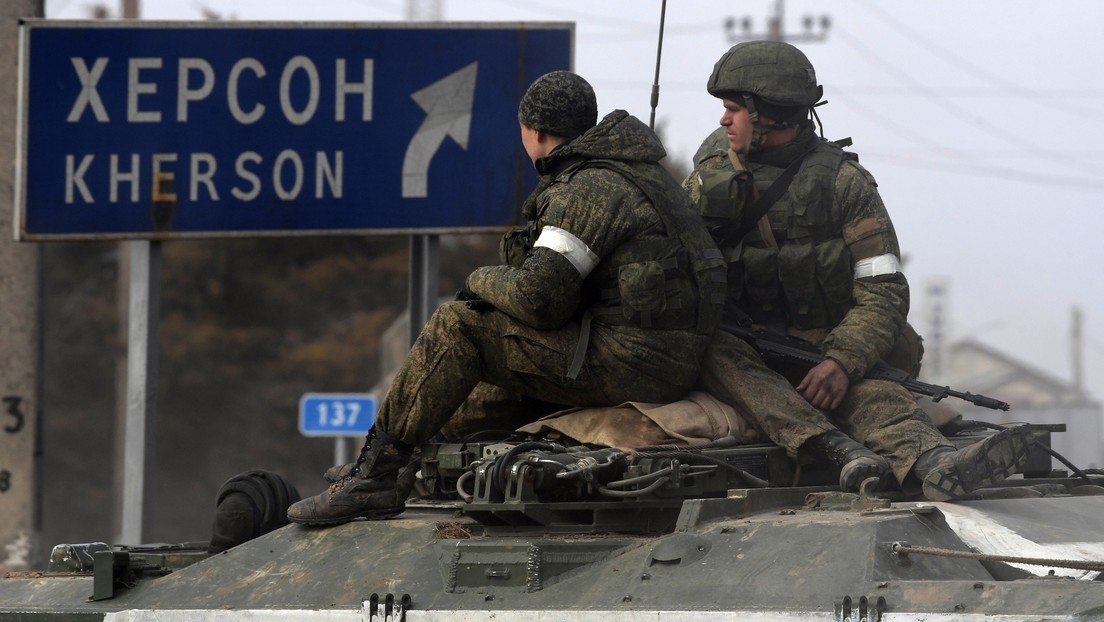 On March 3, Russian troops gained control of the territory’s namesake capital city Kherson, which is one of the key port cities in Ukraine.

“They broke through the defenses of Ukrainian nationalists and took control of the settlement of Panteleymonovka and reached the Verkhnetoretskoye – Novoselovka-2 line,” Interfax quoted Konashenkov as saying on Tuesday.

Konashenkov added that since the “special military operation” began in Ukraine, the Russian military had destroyed a total of 156 drones, 1,306 tanks and other armored combat vehicles, 127 multiple launch rocket systems (MLRS), 471 field artillery guns and mortars, as well as 1,054 units of special military vehicles.

Ukraine has yet to officially confirm the claims.

On March 3, Russian troops gained control of the territory’s namesake capital city Kherson, which is one of the key port cities in Ukraine. Located in the country’s south, Kherson sits above the delta of the Dnieper River, which flows into the Black Sea. The fall of Kherson, which is home to about 300,000 people, has strategic importance to Russia as its military can now use it as a base to push its forces further inland.

Some 130 miles east of Kherson is Melitopol — a city in the Zaporizhzhya region of southeastern Ukraine that has also fallen under Russian control. Ukrainian officials said Saturday that Ivan Fedorov, the mayor of the besieged city, was captured by Russian forces, prompting the city’s residents to gather in large crowds to demand his release.

Mass protests periodically occur in Kherson and Melitopol with people declaring their allegiance to Ukraine.

It has been 22 days since Russian President Vladimir Putin launched an all-out offensive in Ukraine, claiming that the assault was aimed at protecting the people of two self-proclaimed separatist-controlled regions in the country, allegedly being attacked by the Ukrainian military.

So far, the Russian advance has made slower progress than most military analysts had predicted, mostly due to fierce Ukrainian resistance.

Ukraine’s armed forces reported that Russia has lost over 13,500 personnel since Moscow began its offensive. According to Ukraine's Ministry of Foreign Affairs data, Russia has also lost a vast quantity of equipment, including 1,279 armored vehicles of different types, 81 aircraft, 95 helicopters, 150 artillery pieces, and 64 MLRs were hit during the combat.

More than three million people, some 1.4 million of which are children, have fled Ukraine since Russia invaded on February 24, according to the latest UN figures.

“On average, every day, over the last 20 days in Ukraine, more than 70,000 children have become refugees, … essentially one child becoming a refugee every minute since the conflict started,” James Elder, spokesman for the UN children’s agency UNICEF, told reporters in Geneva.