Russia Imposes Counter-Sanctions on EU in Response to Navalny Case 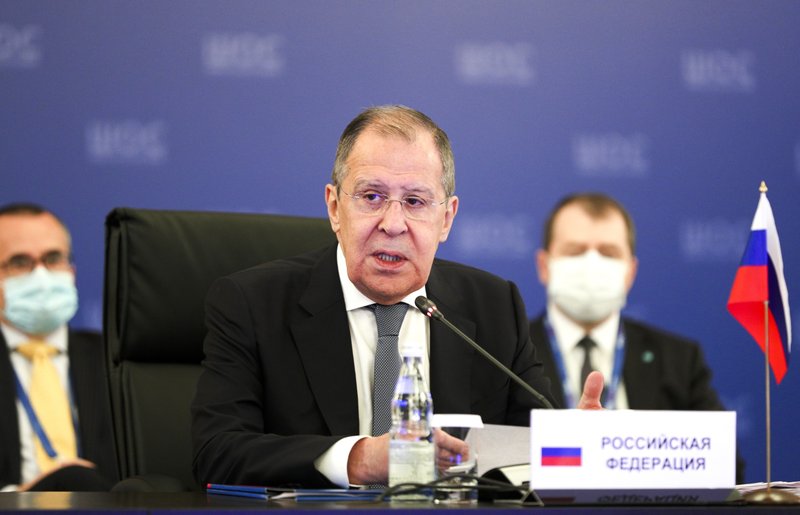 Moscow dismissed claims of complicity in Navalny's case and implied that he could have been poisoned as a "provocation" after he left the country.

Russia hit back against the European Union's move targeting Russian officials by introducing sanctions on German and French officials, in what has become a tit-for-tat response to the sanctions over the August poisoning of opposition leader Alexei Navalny.

During an online conference on Thursday, Russian Foreign Minister Sergei Lavrov said the Kremlin would impose retaliatory sanctions on Germany and France.

"Since these sanctions directly concern senior staff of the presidential administration of the Russian Federation, our response sanctions will mirror them," RIA Novosti quoted Lavrov as saying, adding that the sanctions will target senior staff in the offices of the heads of Germany and France, without elaborating how many officials would be affected or revealing their names.

In mid-October, the European Union imposed sanctions on six senior Russians close to President Vladimir Putin in an unexpectedly robust and swift response to the recent poisoning of prominent Russian opposition politician and anti-corruption activist Alexei Navalny with a Novichok-like substance, a nerve agent developed in the Soviet Union and Russia. The EU believes the attack could not have been carried out without the complicity of Moscow's security services.

Additionally, the EU also targeted the State Scientific Research Institute for Organic Chemistry and Technology, the Russian body responsible for the destruction of Soviet-era chemical weapons stockpiles, saying that the institute was involved in the development and production of chemical weapons, including the nerve agent Novichok, before 1994. According to the EU statement, the use of Novichok in an attack against Navalny has only been possible because of the failings of the institute to destroy the remaining stockpiles.

Traces of a nerve agent from the novichok group - the same poison used against Russian ex-spy Sergei Skripal and his daughter Yulia in the city of Salisbury in the UK - were found by German scientists on a water bottle the 44-year-old anti-corruption campaigner drank from in the Siberian city of Tomsk. Laboratories in Germany, France and Sweden have all confirmed that Navalny was poisoned with a nerve agent from the Novichok group.

However, Moscow dismissed claims of complicity in Navalny's case and implied that he could have been poisoned as a "provocation" after he left the country.

Addressing the conference, Lavrov said there are grounds to believe that Navalny may have been poisoned in Germany or on a plane that transported him from Russia to Berlin, since medical professionals at the Omsk hospital, where Navalny was originally taken before leaving for Berlin, claimed they had found no evidence of toxic substances in his body.

"We have reasons to believe that everything that happened to him in terms of chemical warfare substances entering his body could have happened in Germany or on the plane that took him to the Charite clinic," Lavrov said, answering questions from the media.

Lavrov also mentioned that Moscow has called for Germany and the Hague-based Organization for the Prohibition of Chemical Weapons to provide their evidence, but still has no response.

Russian opposition politician Alexei Navalny, who has become an outspoken critic of the Russian president, fell ill on a flight from Siberia to Moscow on August 20. He was treated in Russia for two days before being airlifted to Germany, where he remained in a medically induced coma and on a ventilator for 16 days. He was discharged from the hospital in the German capital at the end of September after 32 days of treatment, 24 of which were spent in intensive care.