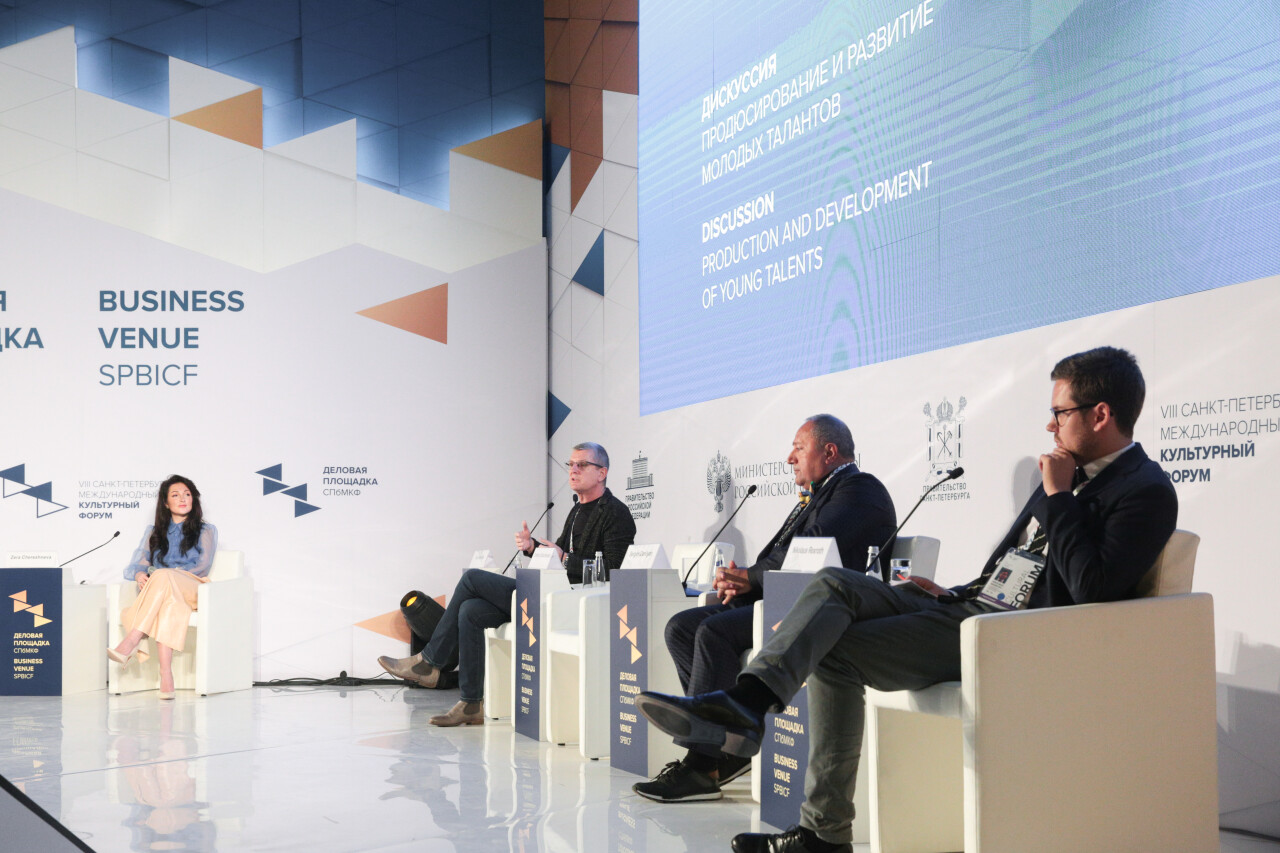 In its eighth edition, the forum was held under the main theme “Cultural Codes in a Globalizing World” and was organized by the Russian government, the Culture Ministry and the government of St. Petersburg.

Russia’s cultural and historic capital city of St. Petersburg welcomed 37 thousand of local and foreign guests from 91 countries across the globe in the 8th International Cultural Forum, which was running on November 14-16.

In its eighth edition, the forum was held under the main theme “Cultural Codes in a Globalizing World” and was organized by the Russian government, the Culture Ministry and the government of St. Petersburg.

The International Cultural Forum is a world-class event that annually attracts cultural experts, including stars of theater, opera and ballet, outstanding directors and musicians, public figures, government and business representatives, and heads of national and international organizations, which also includes business and public programs within the forum. Year after year, the forum expands the number of events and the number of experts and guests at the highest level.

At this year’s forum, about 13,500 specialists in the sphere of culture attended professional events which included discussions, lectures, scientific conferences and seminars to explore ways to implement joint projects on the business platform.

Meanwhile, more than 23,000 people reportedly signed up for public events that were going to be held free of charge for St. Petersburg’s guests and residents, including open lectures, master classes, performances and concerts.

More than 300 events were scheduled to take place in 90 venues across Russia’s cultural capital, with most of them to be held in the Manege Central Exhibition Hall, the Russian Museum of Ethnography, the Mariinsky Theater, the St. Petersburg State Academic Capella, the Saint Petersburg Philharmonia, the Alexandrinsky Theater and others.

Nevertheless, the General Staff Building of the world-renowned Hermitage Museum took a center stage during the forum, hosting 15 events, including round tables, meetings with specialists, as well as the signing of agreements in cultural co-operation.

“A symphony orchestra will perform here, there will be a plenary meeting, where there will be reporting sections, and here, of course, will be a grand opening with Golodets [Russian Deputy Prime Minister],” a Russian TV channel quoted Andris Ulyanov, a representative for the event’s administration, as saying on Wednesday.

In his greeting to the participants and guests of the 8th St Petersburg International Cultural Forum, Russian President Vladimir Putin underlined the role of the forum as a major public event, whose decisions “will help build up international cooperation and launch new joint projects and initiatives in the humanitarian sphere.”

“We treasure Russia’s unique cultural and spiritual heritage and the rich experience of interaction between widely different traditions, languages and customs,” President Putin said, according to his official website. "We are always open and ready to expand the space for intercultural dialogue."