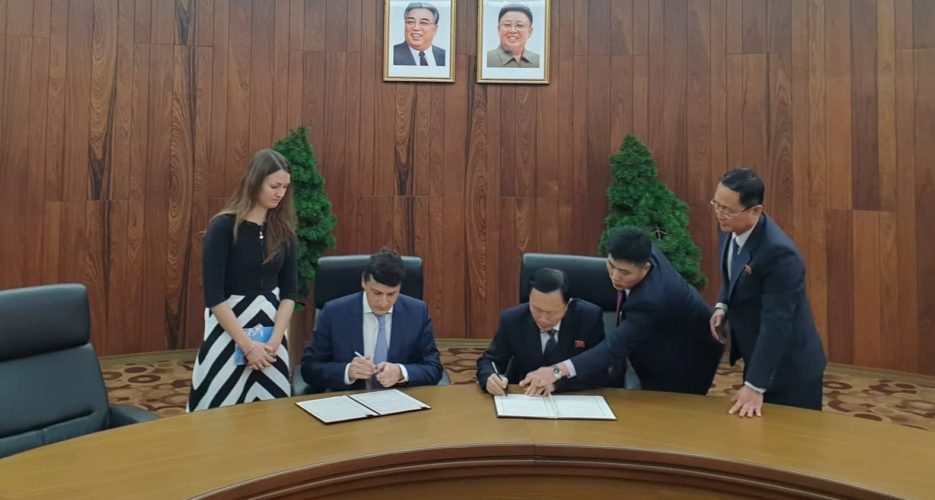 North Korea’s dependence on hydropower – the country’s main source for energy production – sharply increased since 2017 when the United Nations imposed a new round of sanctions on the country after Pyongyang’s sixth and largest nuclear test.

Officials from Russia and North Korea are reported to be in discussions regarding the modernization of power plants in the Democratic People’s Republic of Korea (DPRK), which has been hit hard with and remains under international sanctions, to expand the country’s energy capabilities to fuel its struggling economy.

“The parties considered the results of interaction over the past period and agreed to continue cooperation in the field of experience exchange and training specialists for the design, construction and operation of the 500-kilowatt energy grid, as well as in the field of supplies of equipment and materials needed for repair and reconstruction of the existing hydropower plants and thermal power plants of the DPRK by Russian companies,” read a statement posted to Facebook by the  Russian embassy in Pyongyang on Monday.

The statement follows the fourth meeting of the Russian-DPRK joint working group, which focused on electricity cooperation and was held in the North Korean capital on December 6. Russia’s Deputy Energy Minister Anton Inyutsyn and North Korea’s Deputy Minister of Electric Power Industry Ju Yong were in attendance.

“Our energy [industries] build all bilateral ties in strict accordance with the requirements established by decrees of the President of the Russian Federation adopted in pursuance to the well-known UN Security Council resolutions,” reads the statement.

North Korea’s dependence on hydropower – the country’s main source for energy production – sharply increased since 2017 when the United Nations imposed a new round of sanctions on the country after Pyongyang’s sixth and largest nuclear test. The measures deliberately targeted oil imports.

As a result of North Korea’s chronic electricity shortages, which began with the collapse of the USSR in 1991 and resulted in financial assistance to the communist country from its ally declining, along with UN sanctions, about 19 million North Koreans were left without electricity in 2017, according to U.S. government assessments. Only 36 percent of urban and 11 percent of rural areas were electrified that year.

Renewables, including hydropower, account for 55 percent of energy generation in North Korea. Coal accounts for 45 percent. Despite access to such resources, North Korea’s electricity infrastructure is in need of renovations and upgrades.

Officials in Pyongyang are planning for the construction of hydroelectric power stations, including those in Orangchon and Tanchon, and creating capacity for generating tidal, wind and atomic power under a far-reaching plan, according to North Korean leader Kim Jong Un’s 2019 New Year’s address.

Russia, which is also under sanctions, has been helping its eastern neighbor – the two share a 17 km (11 mi) border – cope with the energy deficit within an agreement signed in 2015 that calls for cooperation in the field of electric power generation.

Russia ranks second worldwide in hydropower resources after China, with an annual economic potential reaching 850 billion kilowatt-hours (kWh). Only 20 percent of its potential is reported to be currently utilized. With 80 percent of the population and industry located in the central and southern regions of the European portion of Russia, the untapped potential remains in the remote areas of eastern Siberia and Russia’s far east. Hydropower is considered the most developed alternative energy resource in the country today.