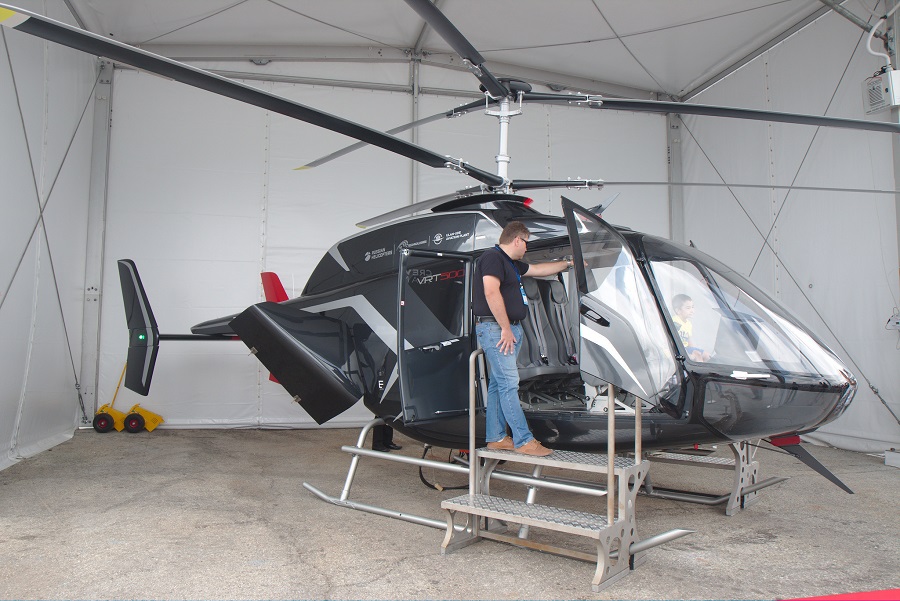 The first flight of the VRT500 will come next year, followed by initial certification by the end of 2022.

In accordance with the agreement signed at the 2019 Dubai Airshow, Rostec will deliver to Sweden ten lightweight VRT500 helicopters in the basic configuration in 2023. The cost of the contract has not been disclosed, however.

“Europe is one of the potential markets for selling VRT500. With its flight performance, the helicopter will compete with rotorcraft of the same class operating in the region,” said Alexander Okhonko, who leads VR Technologies, an innovative design bureau within the Russian Helicopters, according to a statement published to the company’s website.

VRT500 is a lightweight single-engine helicopter with a take-off weight of 1,650 kg and a passenger cabin that can seat up to five passengers. With a flight range reaching up to 860 km, the Russian-made helicopter may reach speed up to 250 km per hour and hold up to 730 kg of payload. According to the manufacturer, VRT500 may be used in passenger, multi-purpose, cargo, training, and medical purposes.

In early 2019, the technical project of the VRT500 program was successfully completed and the development of detailed design began. The first flight of the VRT500 will come next year, followed by initial certification by the end of 2022.

Meanwhile, Tawazun, the United Arab Emirates’ defense and security industry development arm, also showed strong interest in the VRT500 and unmanned VRT300 – full-scale models of both are displayed at the show in Dubai. In addition, Malaysian Ludev Aviation and Rostec agreed on the purchase of five units of VRT500 earlier this year, at the International Aerospace Salon MAKS-2019.

“The VRT500 project is certainly competitive and is of great interest to foreign customers. I’m sure that our new car will be appreciated in many regions of the world,” said Sergey Chemezov, CEO of Rostec, according to a report by RIA Novosti.

Rostec is considered one of the largest industrial companies in Russia, uniting more than 700 scientific and industrial organizations, which together form 14 holding companies: eleven in the defense-industry complex and three in civil sectors. The list of the company’s activities includes such areas as transport engineering, electronics, medical technology, chemistry and innovative materials. Rostec is a key provider of Smart City technology, and is engaged in digitalization of public administration and development of 5G wireless technologies, as well as Blockchain systems. The company is partnering the world’s leading manufacturers such as Boeing, Airbus, Daimler, Pirelli and Renault, while its products are delivered to more than 100 countries of the world.

Earlier this year, Rostec and the government of Kazakhstan agreed to launch local production of the Russian-made Mi-8 multi-purpose helicopters.

Russian Helicopters, a subsidiary of Rostec and engineering contractor, will help its Kazakhstani counterparts produce what is a medium twin-turbine helicopter. An aircraft repair plant based in the southeastern city of Almaty in Kazakhstan is where the work will be performed. The agreement calls for Russia to produce and deliver a total of 45 choppers by 2025.