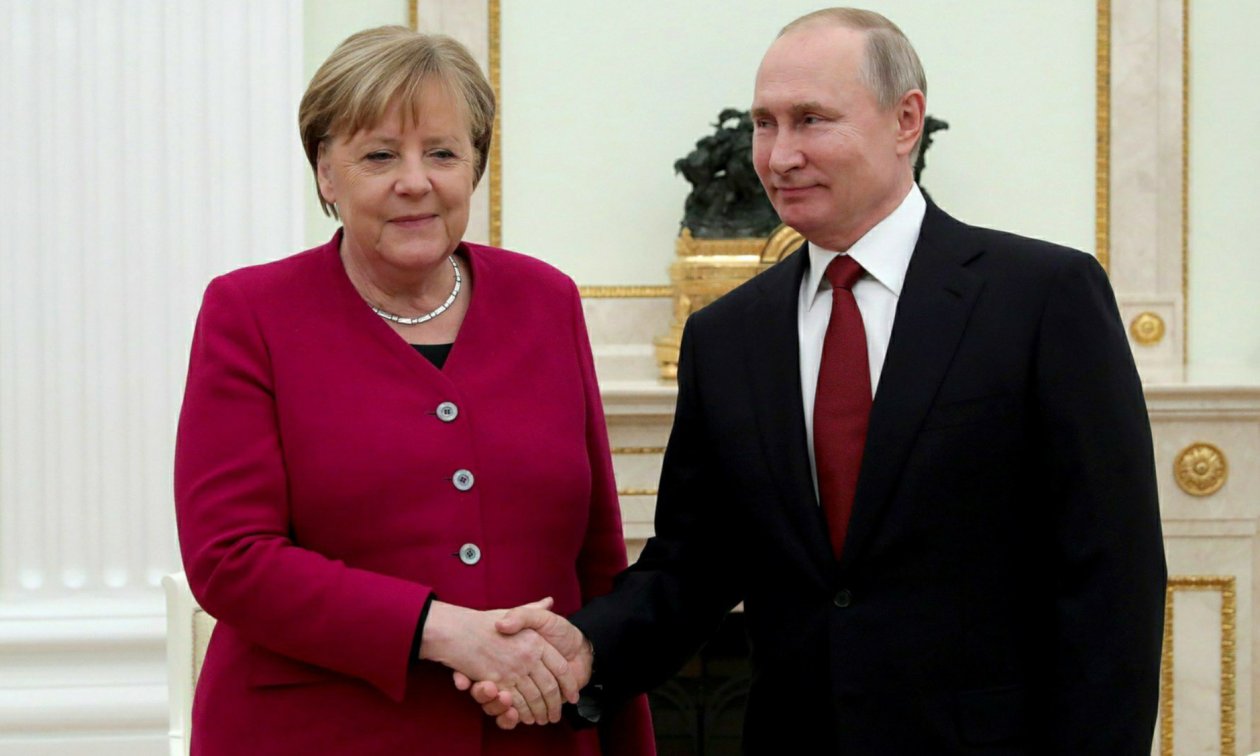 Discussions between the two leaders followed German Health Minister Jens Spahn's statement in mid-December when he voiced Germany's readiness to cooperate with Russian Health Ministry to "find production facilities for the joint production of Russian vaccines."

Russia and Germany are studying the possibility of producing a joint vaccine against Covid-19, according to the agenda of Tuesday's phone call between Russian President Vladimir Putin and German Chancellor Angela Merkel.

"Issues of cooperation in combating the coronavirus pandemic were discussed with an emphasis on the possible prospects for joint production of vaccines," the Kremlin said in a statement issued on Tuesday.

Discussions between the two leaders followed German Health Minister Jens Spahn's statement in mid-December when he voiced Germany's readiness to cooperate with Russian Health Ministry to "find production facilities for the joint production of Russian vaccines."

Putin and Merkel agreed to maintain health ministry-level contacts on the joint production of a Covid-19 vaccine, according to the Kremlin's statement.

Both Russia and Germany have recently launched a large-scale voluntary vaccination program against Covid-19 to curb the spread of the coronavirus and avoid re-imposing nationwide lockdowns.

Vaccination against coronavirus has been underway in Germany for almost two weeks, with the first jab given to a 101-year-old woman in a nursing home on December 27. Meanwhile, Russia started a mass vaccination drive in early December, making its vaccine first available to high-risk groups including medical workers, teachers and the elderly.

Germany is using the vaccine co-developed by Pfizer and the Mainz-based company BioNTech, while Russia has put its homemade jab - Sputnik V - into mass circulation.

Russia was the first country to register a coronavirus vaccine in August despite Sputnik V's incomplete clinical trials, raising concerns over the fast-tracked procedure. Developed by the Moscow-based Gamaleya Research Institute of Epidemiology and Microbiology under the Russian Health Ministry, Russia's first vaccine, named Sputnik-V, bears the same name as the world's first satellite launched in 1957 by the Soviet Union during the space race.

So far, 1.3 million doses of the BioNTech vaccine have been delivered to Germany. According to Alexander Gintsburg, the director of the state-run Gamaleya research center, over a million people in Russia have received the vaccine as of Tuesday.

Moscow also sent batches of its vaccine to Belarus, Serbia and Argentina and announced that 2.6 million doses will be supplied to Bolivia, but later acknowledged that it was struggling with production capacity.

Although some critics have described it as a tool to bolster Russia's geopolitical influence, Russia's first Covid-19 vaccine has received another sign of recognition when British-Swedish multinational pharmaceutical and biopharmaceutical company AstraZeneca in December announced a clinical trial program that would use a combination of its vaccine and the Russian one.

Both AZD1222, co-invented by Oxford University and AstraZeneca, and Sputnik V are based on the adenovirus that causes the common cold, but while AstraZeneca’s shot contains genetic material from the virus that infects chimpanzees, Russian jab uses two strains of human adenovirus to trigger an immune response.

The deadly virus, which was first identified in Wuhan, the capital of China’s Hubei province, in December, has exponentially spread around the globe. After cases of human-to-human transmissions were confirmed, the World Health Organization (WHO) declared the coronavirus outbreak an international public health emergency, but due to a sharp surge in cases, it was soon forced to make a new statement, declaring the outbreak a pandemic.

According to the latest data, the number of global coronavirus cases has reached the grim milestones of 89 million cases and 1.9 million fatalities.