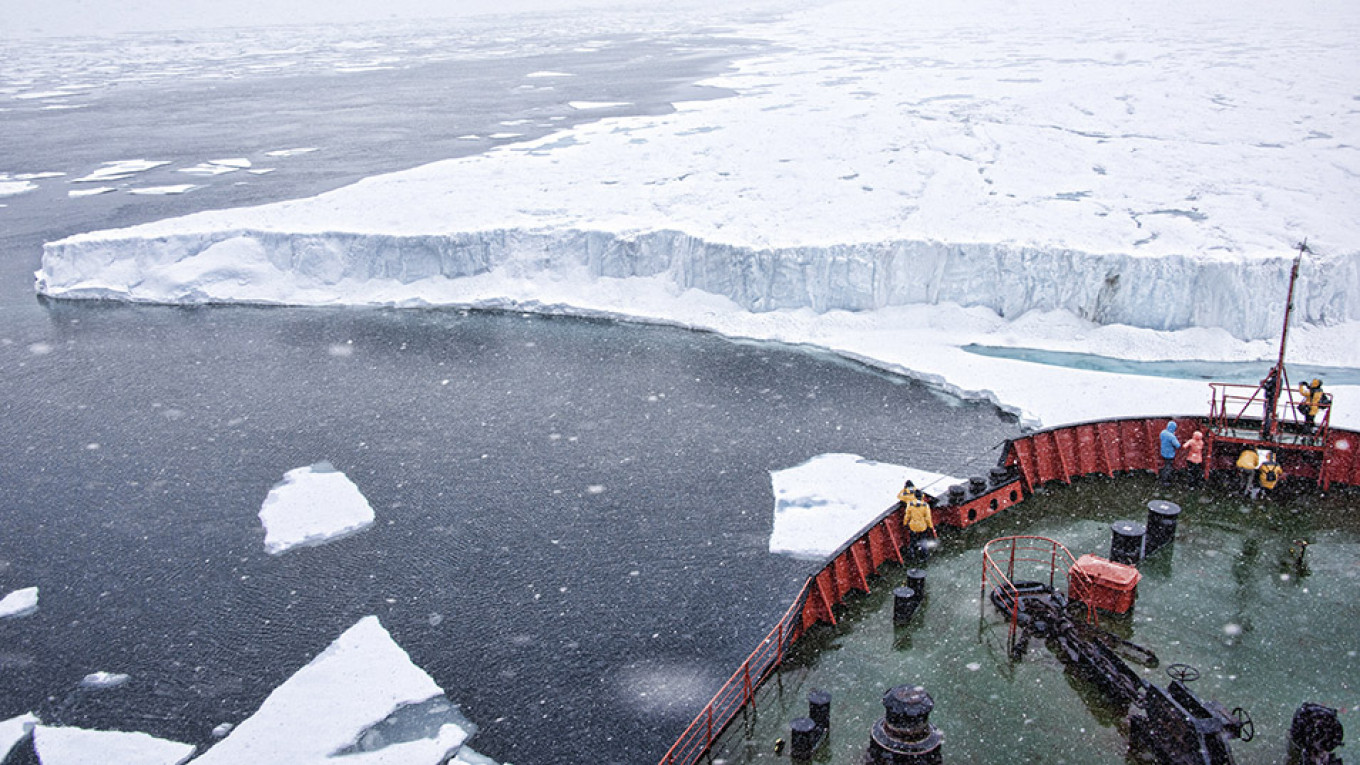 To cope with issues facing the country’s vast and strategically important Arctic region, in late October President Vladimir Putin formally adopted the "Strategy for the Development of the Russian Arctic Zone and Provision of National Security Through 2035." / Christopher Michel / Flickr

Russian President Vladimir Putin has stressed the strategic importance of the Arctic to Russia as 70% of the territory lies in northern latitudes.

"In the next decade, Russia’s power will be definitely growing with the Arctic and northern regions," TASS quoted Putin as saying during the videoconference with volunteers and finalists of the "Volunteer of Russia – 2020" competition held on Saturday, stressing that the development of the Arctic is the future of Russia, especially in terms of mining.

Russia has been expanding its political, economic and military influence in the Arctic. The region is seen as a home for the world's largest country, whose coastline accounts for 53% of Arctic Ocean coastline and the country’s population in the region totals roughly 2 million people, which accounts for around half of the people living in the Arctic worldwide, according to the Arctic Institute, a center for circumpolar security studies.

To cope with issues facing the country’s vast and strategically important Arctic region, in late October President Vladimir Putin formally adopted the "Strategy for the Development of the Russian Arctic Zone and Provision of National Security Through 2035." Reflecting hopes and perceived threats associated with the successive warming of the Arctic, the new strategy aims to advance the development of the region’s abundant resources, first and foremost oil and gas, and improve living conditions for the population.

Addressing a participant in the video conference concerned over globally significant climatic and environmental implications caused by physical changes in the Arctic, President Putin stressed that nature of the Arctic zone is extremely vulnerable, so any economic activity in the northern areas should be so organized in such a way as to minimize the environmental risks.

"They (economic activities) must adjust in such a way that environmental risks are minimized," Putin explained.

Putin mentioned that "there very, too many problems, related to the environment, climate change and economic activity" in the Arctic.

"We, alongside you, will be focusing our attention on that and we will be fighting together so that we can hand down to the next generations exactly the same Arctic as we received it from our ancestors," he promised. "It is a vitally important thing."

The vast area of the Arctic region is of primary strategic significance to the eight Arctic States — Canada, Denmark (Greenland), Finland, Iceland, Norway, Russia, Sweden and the United States. As new sea lanes open up due to changes in the global climate, making raw materials in this region more accessible for economic exploitation and development, the Arctic region has become a strategically important area for many of the world's major powers. Said to be rich in natural resources, the United States Energy Information Administration estimates that the area may contain nearly 30 percent of the world’s undiscovered conventional natural gas and 13 percent of its undiscovered conventional oil resources under the bottom of the northern seas.

However, along with the Arctic's resources, the region is also a focal point for most nations beyond the Arctic due to its transportation potential that opens important economic, defensive and transport opportunities.

The Arctic is administered according to the domestic laws and regulations of each Arctic state, but also subject to bilateral, regional, and international agreements. The Arctic Council is the leading international forum for regional collaboration. Established by the Ottawa Declaration in 1996, the members of the Arctic Council include the eight countries with territory above the Arctic Circle — Canada, Denmark, Finland, Iceland, Norway, Russia, Sweden, and the United States — plus six Permanent Participants (PP) groups representing the indigenous people of the Arctic, which include Aleut International Association, Arctic Athabaskan Council, Gwich’in Council International, Inuit Circumpolar Council, Russian Arctic Indigenous Peoples of the North and Saami Council.