The unmanned craft is expected to significantly expand Russian military capabilities, in terms of reconnaissance, surveillance and reconnoitering.

Russia is developing its first long-range unmanned combat aerial vehicle (UCAV), according to Alexander Nemov, deputy chief in the research department at the 30th Central Scientific Research Institute in Moscow and operated by the Russia’s Ministry of Defense.

"Development work is currently underway on a long-range unmanned system capable of carrying out unmanned low-altitude supersonic flights, and striking both stationary and mobile targets at operational-strategic depth," Nemov told TV Zvezda, the official television channel of the Russian Ministry of Defense.

Nemov said the new UCAV will be capable of performing low-altitude flights, much like a cruise missile, and will fly faster than the speed of sound. The UCAV will also be capable to hit both stationary and mobile targets with the help of guided and unguided missiles.

The unmanned craft is expected to significantly expand Russian military capabilities, in terms of reconnaissance, surveillance and reconnoitering. Moreover, this will help to increase the potential of Russian non-nuclear strategic deterrents, since the UCAV solves the problem of targeting and effective striking.

Russia’s new UCAV is reported to outpace the U.S. Air Force’s primary offensive strike unmanned aerial vehicle known as the MQ-9 Reaper, which was used to destroy a Russian-made T-72 main battle tank in Syria two weeks ago, according to a video released by the U.S. Air Force Central Command.

Currently, Russia is the world’s second most powerful military after the U.S., according to the annual ranking made by Global Firepower, an analytical website that reports on the military power of 133 countries. Although Russia surpasses the U.S. in the number of tanks, the Russian air force lags behind the U.S. by the number of units: 3,794 versus 13,762.

The development of a UAV system is one of the most promising areas for modern military aviation development. UAVs, or drones, have already led to significant changes in the tactics of combat operations, and it is expected that in the near future their importance will increase even more, as limiting human loss is considered paramount given new technologies.

Russia lags behind the two leaders in UAV development, namely the U.S. and Israel. America is the dominant user and developer of UAVs, however, its role as an exporter of these systems is relatively limited thanks to laws restricting their sales.

Meanwhile, Israel has emerged as one of the major exporters of drones, with more than 50 types of indigenously-produced drones of all types, from small quadcopters and electrical vehicles, to loitering munitions (self-destructing drones). 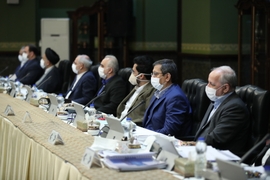