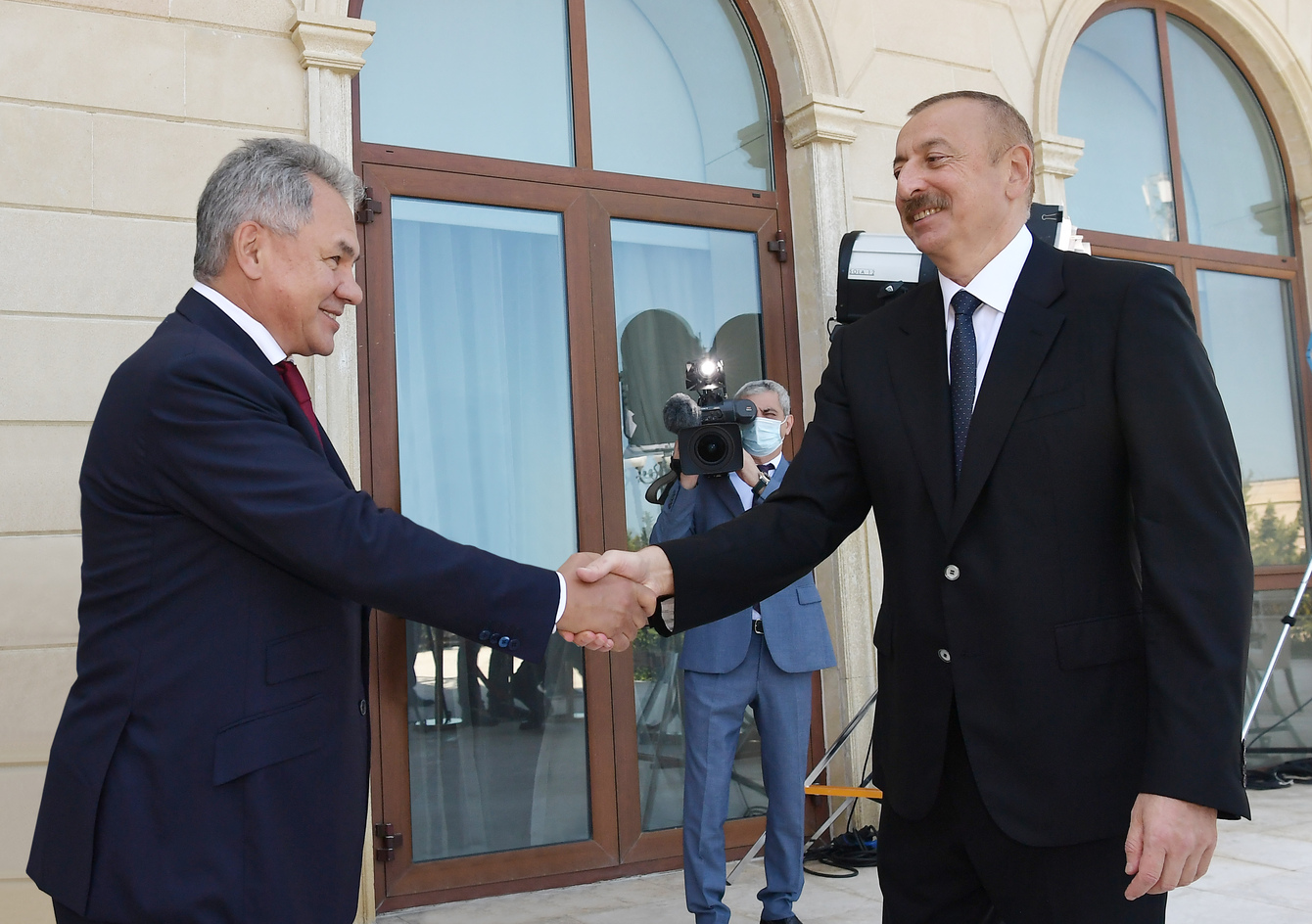 An official visit by Russian Defense Minister Sergey Shoigu to Azerbaijan brought attention to several pressing issues, including the future of the relationship between Baku and Moscow, Russia's role in regional peace and recent reports about deliveries of military cargo from Russia to Armenia.

Shoigu discussed the latter in detail during a meeting with his Azerbaijani counterpart Zakir Hasanov on August 25. He denied that recent Russian cargo shipments to Armenia were carrying weapons and military equipment.

"We know about the worries related to the flights to our base. I want to say right away: all our actions have never been directed and are not directed now against Azerbaijan, our neighbor and our partner. Russia is not interested in escalating tensions in the Transcaucasia [South Caucasus]," Shoigu said, according to TASS.

He said that Russia is building social facilities at its 102nd base in Armenia. The cargo flights delivered construction materials used to carry out work on the base and also returned some rotating military personnel serving there.

Around 4,000 servicemen are stationed at the base, along with additional personnel. The mission of the base is to protect Russia's southern borders, in cooperation with the armed forces of Armenia. The Russian base is believed to be way stronger and more capable than the Armenian Air Force.

In a phone call with his Russian counterpart Vladimir Putin on August 12, Azerbaijan's President Ilham Aliyev discussed reports about Russia sending military supplies to Armenia. The shipments were reportedly carried out starting from July 17, immediately after clashes on the Armenia-Azerbaijan border ceased. The volume of military cargo delivered to Armenia through the airspace of Kazakhstan, Turkmenistan and Iran, exceeded 400 tons, according to the report.

Tensions between Armenia and Azerbaijan spiraled in the wake of Armenia's heavy artillery fire on Azerbaijani positions stationed in the Tovuz region on the border with Armenia on July 12. Uninterrupted fire by the Armenian troops triggered a full-blown war that ended on July 16. The four-day war claimed the lives of 12 Azerbaijani servicemen, including one general. A civilian was also killed by Armenian fire. Although Armenian authorities confirmed four deaths on its side during the clashes, they have been denounced by civil society who believe the losses to be over 30.

Following the phone call between Aliyev and Putin, Moscow has neither confirmed nor denied the news about military supplies to Armenia. However, Baku-based media outlet 1news.az claimed that at the height of fighting in Tovuz, Russia delivered modern weapons to Armenia's military. In total, according to the data available at that time, eight flights were operated including two flights on July 17 and one flight each on July 18, 20, 27, 29 and August 4, 6.

The Russian military cargo planes were forced to make a detour on their way to Armenia after Georgia refused to give them permission to use its airspace. The Il-76 heavy cargo-carrying aircrafts were forced to take a much longer route stretching from the cities of Rostov and Minvody in Russia, to the cities of Aktau in Kazakhstan, Turkmenbashi in Turkmenistan and Nowsher in Iran. The last leg of the flight was from Armenia's southern town of Meghri, near the border with Iran, to its capital Yerevan.