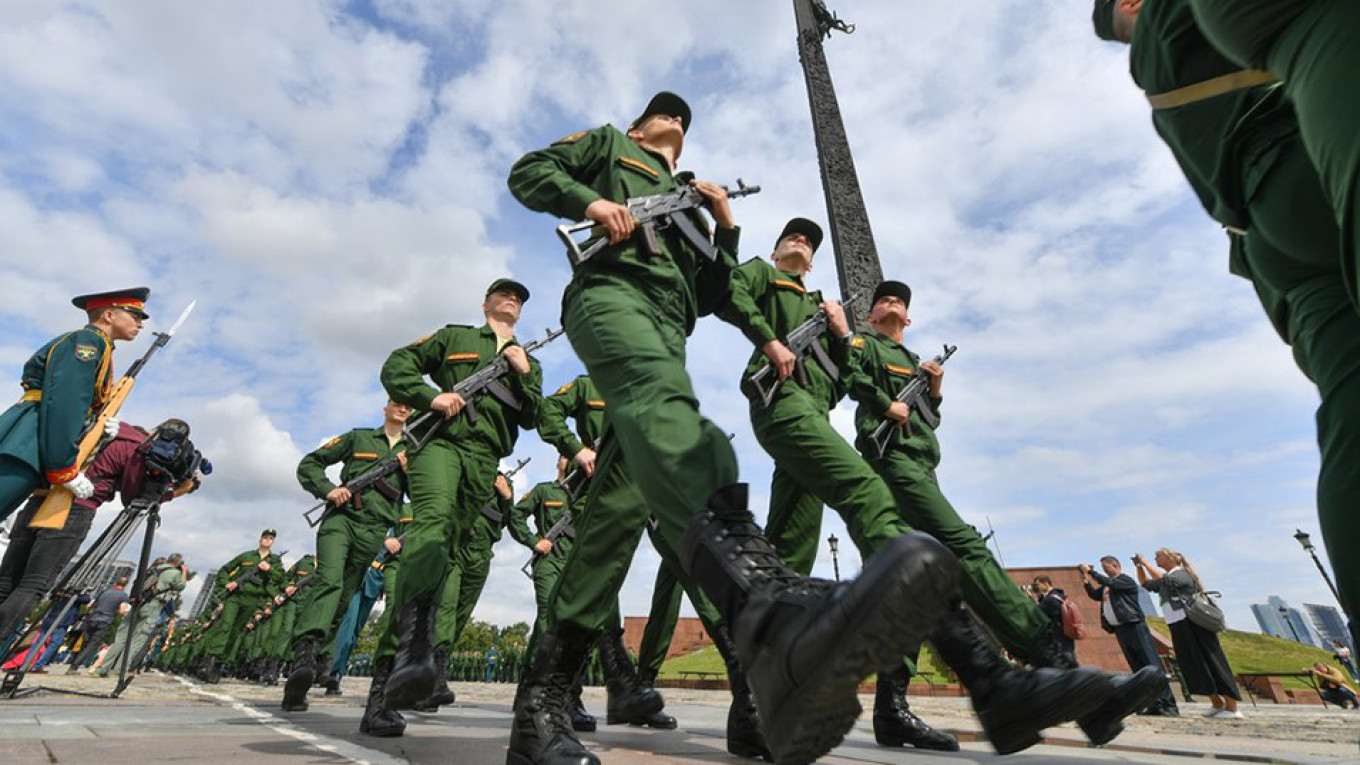 The six-day military exercises, dubbed Tsentr-2019 or Center-2019, kicked off on Monday and will run through September 21.

The strongest military power in the Caspian region and seven other countries, including China and India, are joining forces for military drills this week in Russia.

The six-day military exercises, dubbed Tsentr-2019 or Center-2019, kicked off on Monday and will run through September 21. Aimed at defeating terrorism and ensuring security in Central Asia, the war games have brought together the armed forces of Kazakhstan, Kyrgyzstan, Tajikistan and Uzbekistan, as well as China, India and Pakistan.

“Around 128,000 military personnel, more than 20,000 pieces of equipment and weapons, nearly 600 aircraft and helicopters, and up to 15 warships and logistics vessels are involved in the drills,” read a statement released by Russia’s defense ministry.

The exercise is a regular part of military training in Russia, which has it rotate through Russia’s four main strategic commands: Vostok (East), Zapad (West), Tsentr (Centre) and Kavkas (Caucasus). The exercise has become international over the years, with Belarus joining in 2017 and China and Mongolia in 2018.

Maneuvers are expanded into the more multilateral framework by including forces from the regional members of the Shanghai Cooperation Organization and the Collective Security Treaty Organization (CSTO). Troops from Kazakhstan, Kyrgyzstan and Tajikistan are participating in the drills on the basis of their dual membership in the CSTO and SCO, while Uzbekistan’s involvement relates to its membership in the SCO.

As part of the full-scale drills, the main counter-offensive operations will be spread across six army training grounds throughout Russia, such as in Orenburg, Astrakhan, Chelyabinsk and Kemerovo regions, as well as the Republic of Dagestan and the Altai Territory. Russia’s defense ministry announced that ranges in the partner states will host operations aimed at fighting against illegal armed groups.

The first stage of the two-part drills are centered on issues of combating terrorism, repelling airstrikes and conducting reconnaissance, and the second phase will focus on managing troops during fire strikes and attacking simulated enemies.

Evkurov described the cooperation between Russia and the other states as, “demonstration of readiness to confront the modern challenges and threats of international terrorism, as well as ensuring stability and peace in the Central Asian region,” RIA Novosti reported.

Colonel-General Alexander Lapin, commander of the Central Military District, noted that joint actions in the course of the exercises will make it possible to systematize accumulated experience and find optimal forms of use of troops.

“Practice shows that reliable protection against any military threats can be guaranteed if there is a streamlined system of interaction between our military units, which allows us to deploy troops in case of a crisis situation in any threatened area,” said Lapin.

Meanwhile, growing Russian-Chinese military cooperation has dominated news headlines as China turned out to be the largest foreign participant at Center-2019. Beijing dispatched about 1,600 troops, over 300 pieces of weaponry, nearly 30 fixed-wing aircraft and helicopters to take part in the joint anti-terrorist exercises in Russia.

The ongoing maneuvers are taking place a year after Russia and China staged 300,000-strong exercises near the Chinese border. Last year, Russia came under the spotlight when it held Vostok-2018, which was Russia's largest war games since the Cold War, took place amid heightened tensions between the West and Moscow. Relations between Russia and NATO have worsened since the outbreak of the Ukrainian crisis in 2014.

Despite a decrease in its military expenditure over last two years, Russia has remained the world’s second-strongest military power and the largest military budget in the Caspian region, according to the data provided by the Stockholm International Peace Research Institute. Last year, the Russian government allocated $61.4 billion, which is by 3.5 percent less compared with 2017.