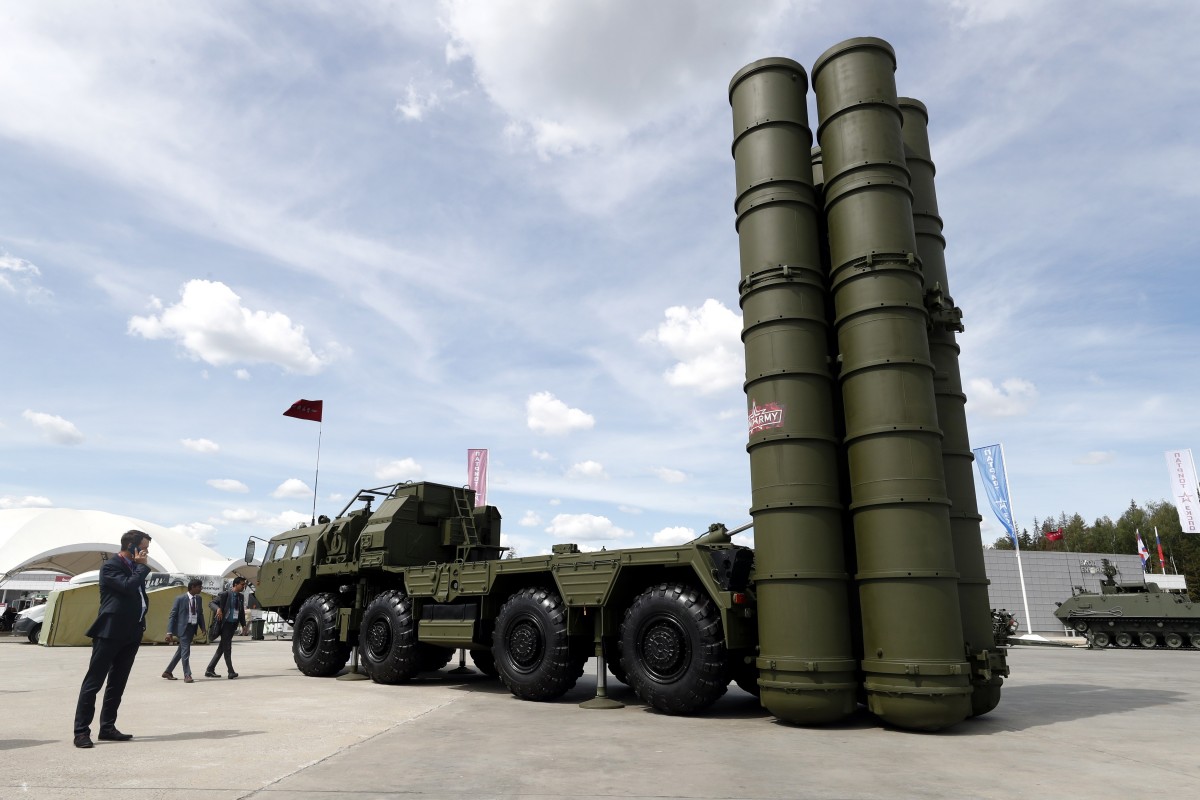 The delivery of the Russian-made S-400 Triumf, which is designed to destroy aircraft, cruise and ballistic missiles and ground target objectives, comes against the backdrop of heightened pressure from Washington, which is against any significant transaction with Russia’s defense and intelligence sectors. / EPA-EFE

U.S. sanctions against Russia's defense industry aimed at weakening exports and pushing other countries to give up on purchasing the S-400 Triumf anti-aircraft missile system have failed, as the world's second-largest military power is moving forward with strengthening its position in the world arms market.

Russia has completed the delivery of all components to the S-400 Triumf anti-aircraft missile system to NATO member state Turkey ahead of schedule.

"In 2019, Rosoboronexport continued to strengthen its image of a reliable partner, a dynamic and flexible company, ready to run business effectively even in conditions of immense pressure from the part of competitors," said the head of Russia's state arms exporter Rosoboronexport, Alexander Mikheev, on Friday.

The delivery of the Russian-made S-400 Triumf, which is designed to destroy aircraft, cruise and ballistic missiles and ground target objectives, comes against the backdrop of heightened pressure from Washington, which is against any significant transaction with Russia’s defense and intelligence sectors. Additionally, U.S. lawmakers staunchly opposed the deal between Ankara and Moscow, considering that Turkey is a member of NATO.

In 2017, the Trump administration adopted the Countering America's Adversaries Through Sanctions Act (CAATSA), which threatens with sanctions any country engaged in what the U.S. Treasury Department terms a “significant transaction” with Russian defense and intelligence sectors.

"Despite sanctions, we have completed supplies of all the components of the S-400 Air Defence Missile Systems to Turkey ahead of time, created and launched the first world’s joint venture on production of the Kalashnikov assault rifles of the “two hundredth” series in India," Mikheev said.

Moscow and Ankara sealed a deal that would supply Turkey with the S-400 anti-aircraft system in 2017, and Russia completed the first shipment of S-400 components to Turkey this past July. The system is expected to be fully operational in Turkey by the Spring.

The S-400 Triumf, also called the SA-21 Growler, is reportedly one of the most sophisticated air defense systems in the world, which is designed to target unmanned aerial vehicles (UAVs) as well as ballistic and cruise missiles at a maximum range of 400 kilometers (249 miles) and at an altitude of up to 30 kilometers (19 miles).

Officials in the U.S. are concerned that the S-400 may be able to collect information about the capabilities of overhead aircraft, including the American-made F-35 fighter jet – a fifth-generation combat aircraft that is designed to perform ground attack and air superiority missions.

Ankara had been interested in purchasing the F-35, but legislators in Washington pushed to eject Turkey from the F-35 Joint Strike Fighter program in response to Turkey’s refusal to abandon the $2.5 billion deal with Russia.

According to the Stockholm International Peace Research Institute, Russia is the largest arms exporter in the Caspian region and the second-largest in the world after the United States. Over the current year, Rosoboronexport has managed to supply its products to 43 countries to the tune of $11 billion and signed over 800 contracts for future deliveries, according to Mikheyev.

"Simultaneously, the portfolio of orders of the company keeps at the level of nearly 50 billion dollars, which guarantees the load for Russian defense industry enterprises for several years ahead," he said.

Rosoboronexport is the sole state intermediary agency for Russia’s import and export of defense technologies and services, and a subsidiary of Russia's state-owned Rostec Corporation.