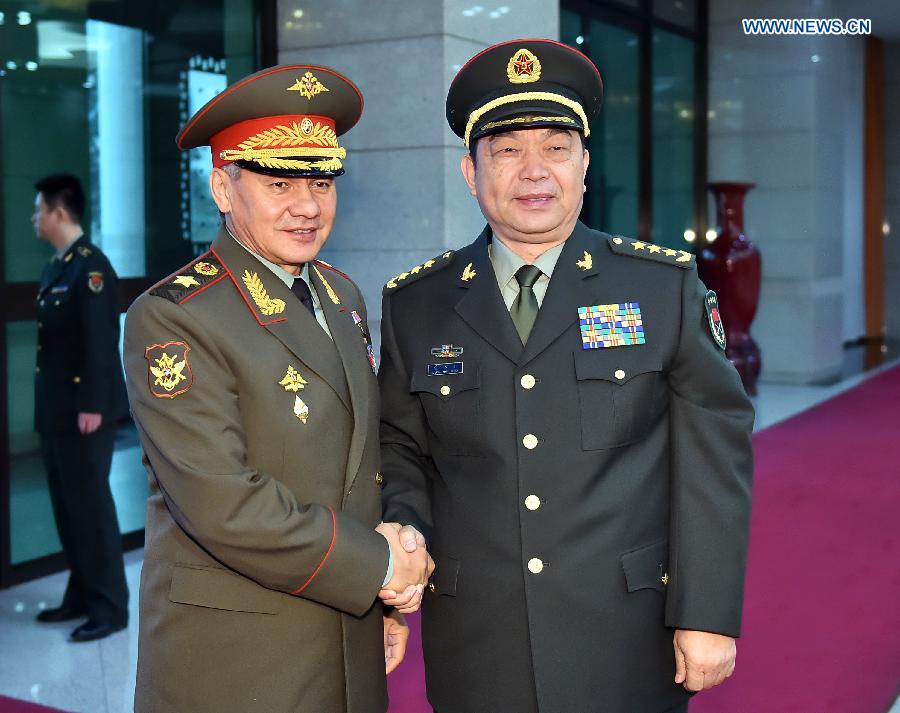 The Russian and Chinese defense ministers signed a joint roadmap on military cooperation for 2017-2020 at a meeting held within the framework of the Shanghai Cooperation Organization (SCO) summit being held in Kazakhstan’s capital Astana on Wednesday.

"Our experts have prepared a roadmap for the development of the military sphere between Russia and China for 2017-2020. I suggest signing it today," Russian Defense Minister Sergei Shoigu told his Chinese counterpart Chang Wanquan, Russia’s Interfax news agency reported.

Founded in 2001 in Shanghai, China, the SCO consisted mainly of Central Asian countries, including Kazakhstan, Kyrgyzstan, Tajikistan and Uzbekistan. Russia and China are seen as the leaders of what is now an eight-member economic and regional security bloc, after India and Pakistan were formally accepted into the organization on Monday.

Russia and China have intensified bilateral ties beginning in 2014, after the European Union and the United States had introduced sanctions on Russia for its involvement in separatist fighting in eastern Ukraine and the annexation of Crimea. The two countries tend to support one another, often in opposition to US objectives.

China is among the world’s top five buyers of Russian arms, and the two countries currently have $8 billion in military contracts. China’s purchases from Russia range from advanced jet engines and submarines, to surface-to-air missiles.

In April 2015, Russia confirmed a $3 billion sale of S-400 surface-to-air missile defense systems to China, which goes in to effect next year. The S-400 can hit targets at a distance of 400 kilometers and at an altitude of up to 30 kilometers.

According to a report by the US-China Economic and Security Review Commission, the expanded geographic scope of joint drills held in recent years – exercises were held in the Mediterranean Sea and the Sea of Japan in 2015, and in the South China Sea in 2016 – along with a broadened agenda to include missile defense, reflects increasingly aligned security interests, and suggests Beijing and Moscow are signaling their respective support for the other’s security priorities.

“The upcoming military events organized by Russia and China will be a message for the countries of the region, and the countries having strained relations with China, especially the US,” Uzeyir Jafarov, a military expert based in Baku told Caspian News.

“It is obvious that rapprochement will comprise of all spheres, and these military events serve as one of the main elements of this rapprochement,” Jafarov added.

Cooperation between the two Eurasian giants can also be seen in trade. In 2016, bilateral trade totaled $69.5 billion, a 2.2 percent increase compared to the year before.   Within the first quarter of 2017, bilateral trade amounted to $18.1 billion. Chinese exports increased by 22.4 percent compared to the same period last year, to $8.43 billion, while Russian exports grew by 36.1 percent, to $9.66 billion.