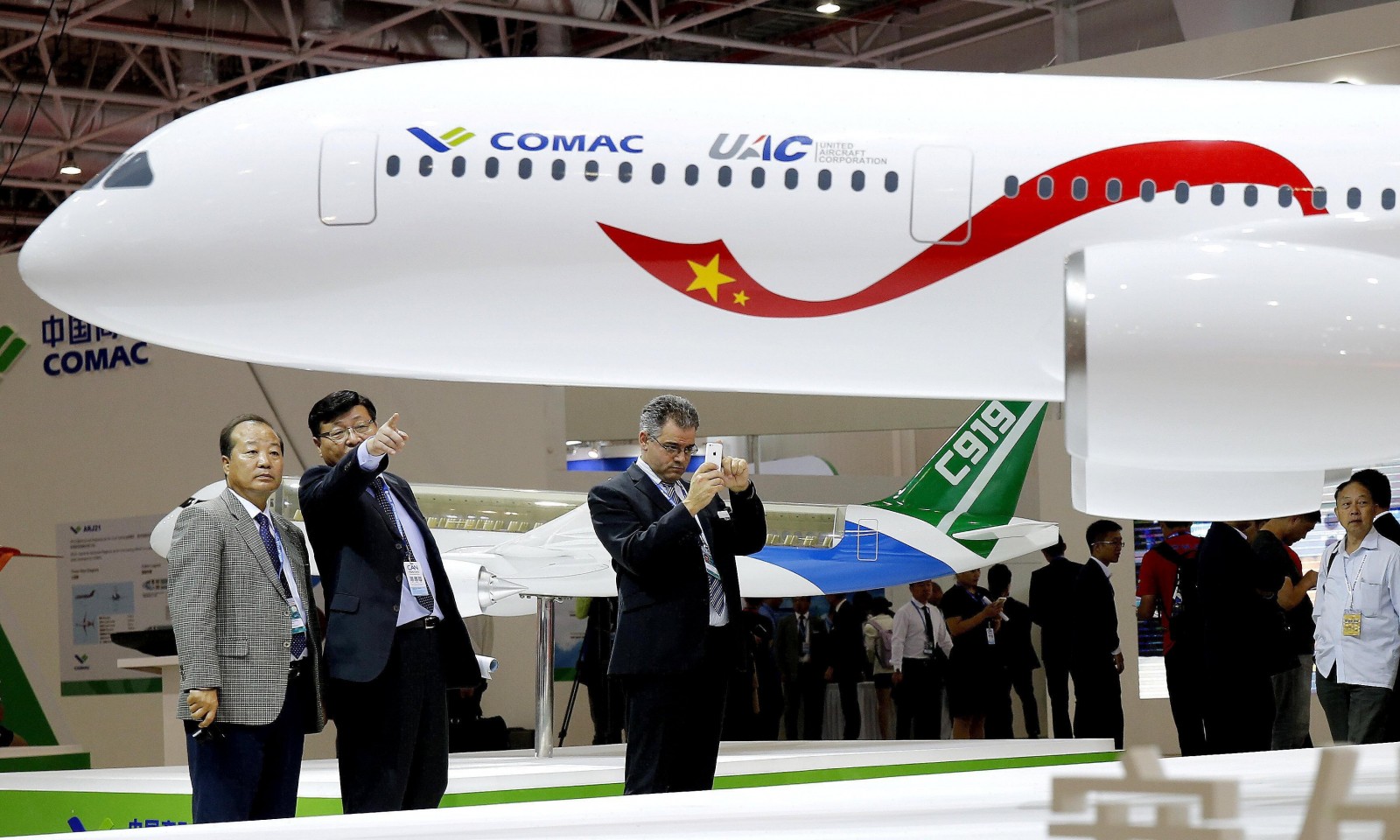 This year’s China International Aviation and Aerospace Exhibition was the twelfth of its kind. Also known as Airshow China, it welcomed 770 exhibitors from 43 countries in the southern port city of Zhuhai, located in Guangdong Province.

Moscow and Beijing are building up their military partnership amid heightened pressure coming from Washington via economic sanctions. Russia will deliver more weapons to China within a contract that was signed during the 2018 China International Aviation and Aerospace Exhibition, which ran in Zhuhai city from November 6-11.

“We are actively cooperating with China in all environments of military-technical cooperation - land, air and water,” RIA Novosti quoted the head of Russia’s Rostec delegation, Viktor Kladov, as saying on Tuesday.

“In addition to the successful implementation of the two contracts for the S-400 and Su-35, we have a lot of other projects. I would not want to go into details, but I’ll say that we literally recently signed three more (armament) contracts with the Chinese side,” Kladov added.

This year’s China International Aviation and Aerospace Exhibition was the twelfth of its kind. Also known as Airshow China, it welcomed 770 exhibitors from 43 countries in the southern port city of Zhuhai, located in Guangdong Province. The Airshow China has become the largest defense and aerospace exhibition in the Asia-Pacific region thanks to the support of the Chinese government, State Council and Central Military Commission, and 13 other sponsors.

Unmanned systems, missiles, rockets, space technology and land vehicles were all on full display for 130,000 visitors, which included roughly 200 military and political trade delegations from around the world.

Cooperation between Russia and China in the field of military armament and defense systems includes a $2 billion contract signed by China in 2015 for the purchase of 24 Russian Su-35 fighter jets, 14 of which were delivered between 2016 and 2017. A deal for purchasing six Russian S-400 missile defense systems, worth $3 billion and expected to be delivered by 2020, was also inked in 2015. In an interview with RIA Novosti on Tuesday, Kladov made it clear that Russia will complete all pending orders and scheduled deliveries to China on time.

Russia sold approximately $15 billion worth of weapons to 53 countries around the world in 2017, similar to the amount of sales a year earlier.

This year China, for the first time in its history, joined Russia for military drills, known as “Vostok 2018.” Held in September, they were the biggest of their kind for Russia since the Cold War and involved almost 300,000 soldiers, 36,000 vehicles, more than 1,000 military aircraft, and two Russian naval fleets consisting of 80 ships.

All of this comes at a time when Washington’s bilateral relationships with Moscow and Beijing are tense, if not downright sour. U.S. President Donald Trump’s trade war with China and waves of economic sanctions on Russian entities have maybe made the two capitals grow closer.

Russian Deputy Prime Minister Maxim Akimov believes that Washington will not succeed in its efforts aimed to disrupt Russia’s growing ties with its eastern neighbor.

“The use of unilateral sanctions and unjust unilateral protectionist measures by the United States and its allies, all these ill-considered and short-sighted steps, are unable to shake the Russian-Chinese cooperation and our dialogue with you,” RIA Novosti quoted Akimov as saying on Tuesday.

In September, Trump’s administration imposed sanctions on China over its purchases of Russian military equipment, which resulted in Beijing demanding that the U.S. withdraw them.

Medvedev said that the U.S. uses sanctions and tariffs to “put the system of free trade of goods and services under very tight control” and strengthen protectionism.

“Ultimately, I’m sure the American economy will suffer as well,” he said.