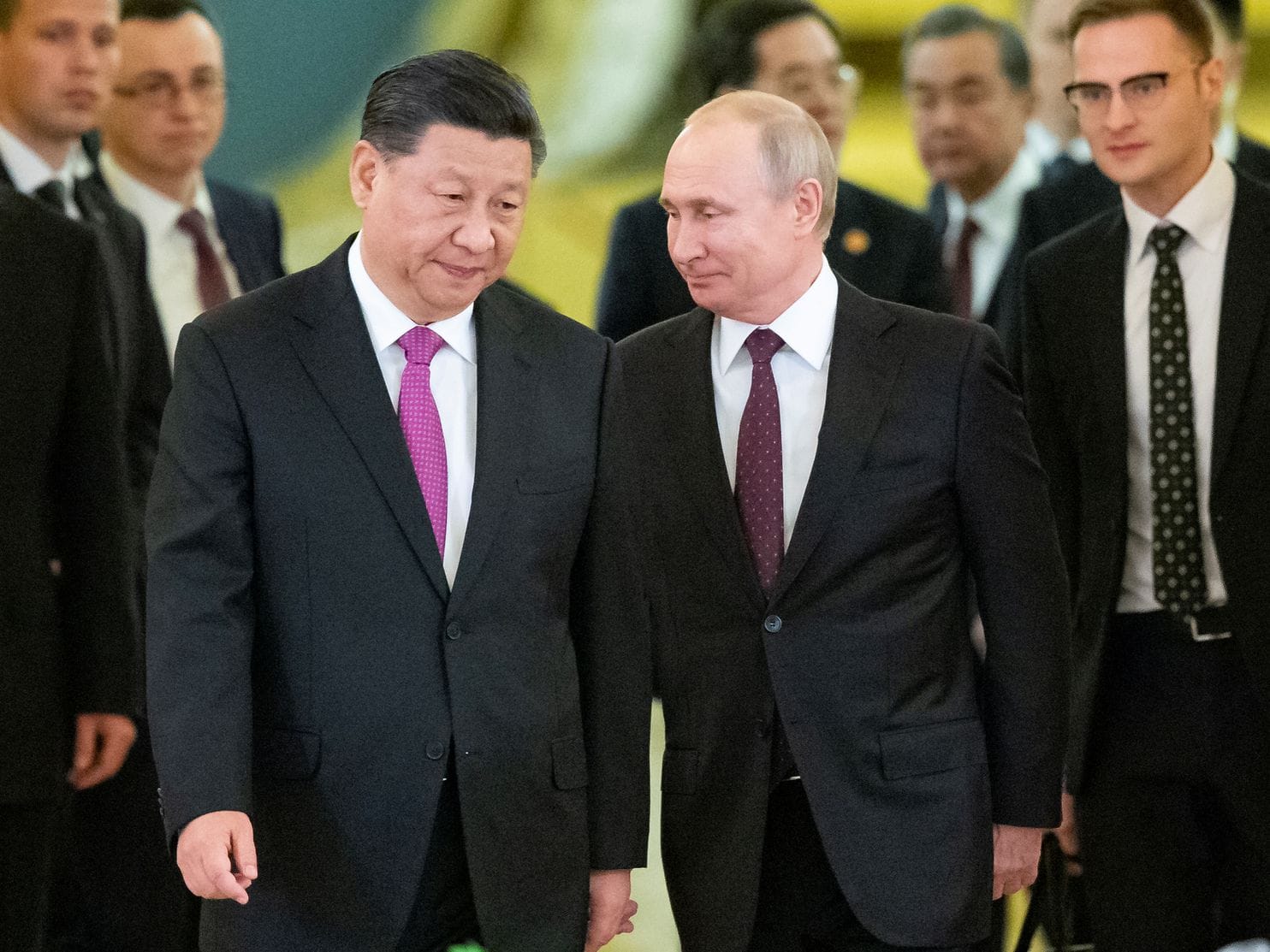 President Putin noted that bilateral ties with Beijing have “reached an unprecedented level,” and described the relationship between the two countries as, “a global partnership and strategic cooperation,” during what was the second meeting between the two leaders this year and the 29th since Xi Jinping rose to power in 2013.

Neighboring giants Russia and China intend to accelerate their de-dollarization strategies amidst a deterioration in relations with the United States. On the sidelines of a three-day visit to Moscow by Chinese leader Xi Jinping, senior officials from both countries have reportedly reached a deal to use national currencies for bilateral trade in lieu of the United States dollar.

“An intergovernmental agreement aimed at further expanding the use of rubles and yuan in bilateral trade, as well as at ensuring the continuity of banking services for transactions in the context of instability in global markets, has just been concluded,” RIA Novosti quoted Russian President Vladimir Putin as saying on June 5, following a meeting with his Chinese counterpart.

A deepening of Russo-Chinese relations began when relations between Russia and the U.S. spiraled downward following the crisis in Ukraine in 2014 and only worsened with allegations of Russian meddling in the 2016 presidential election. China, for its part, is currently locked in what observers and mainstream media are calling a “trade war” with the U.S., and criticism from Washington about Chinese activity in the South China Sea. This year the Trump administration imposed a 25 percent tariff on $34 billion worth of Chinese exports to the U.S.

The pressure on Beijing coming from Washington to engage in what U.S. President Donald Trump considers fair trade practices, coupled with continued sanctions on Russia, have had a side effect of drawing the Caspian giant and the world’s second largest economy closer together.

President Putin noted that bilateral ties with Beijing have “reached an unprecedented level,” and described the relationship between the two countries as, “a global partnership and strategic cooperation,” during what was the second meeting between the two leaders this year and the 29th since Xi Jinping rose to power in 2013.

“In the past six years, we have met nearly 30 times,” Xi Jinping said according to reports by NPR. “Russia is the country that I have visited the most times, and President Putin is my best friend and colleague.”

"We will strengthen our mutual support on key issues," President Xi Jinping added.

Russia has adopted a range of measures towards ditching American greenbacks in favor of doing business in the national currency and lowering its dollar dependency. Over the last year, Moscow has gradually reduced its holdings of United States Treasury bonds.

The Kremlin is reportedly making a deliberate push to convince other countries to dump the dollar – especially those facing American sanctions and trade restrictions, including Iran and Turkey – and start doing business in their national currencies instead. Russia is using its national currency in a military deal with Turkey, whereby the latter – a NATO member state – is purchasing the Russian-made S-400 defense missile system. Meanwhile, deals with Iran are being struck not with money but goods: an oil-for-goods scheme is Tehran’s way of still importing foreign goods while selling its oil abroad, after crippling sanctions were imposed on the industry last November by Washington.

While deals with China especially could have big economic repercussions, using the ruble for international trade is not new. Russia already does this with trade amongst some Commonwealth of Independent States countries – former Soviet republics – and the within the Eurasian Economic Union.