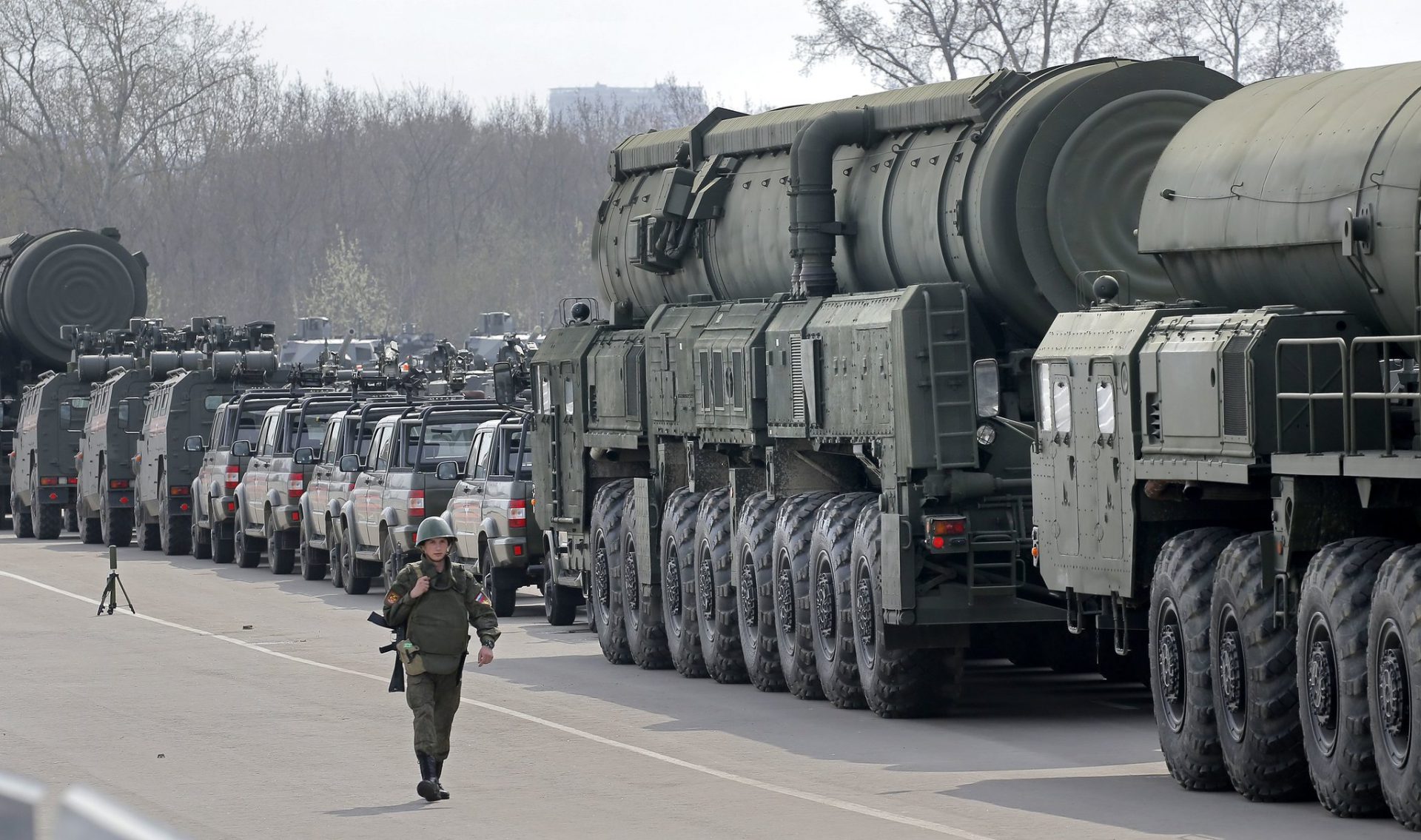 Positioning itself as the primary guarantor of security and stability in the region, Russia is improving its foreign military bases in the area and supporting the militaries of Central Asian states with various activities, including arms sales and joint military exercises, training and assistance programs, and many others. / Yuri Kochetkov / EPA

Russia is ramping up arms and military hardware supplies to Central Asian countries amid escalating tensions near their borders with war-torn Afghanistan, where Kabul is struggling to contain a ferocious Taliban offensive.

The announcement came from Chief of the General Staff of the Russian Armed Forces and First Deputy Defense Minister General Valery Gerasimov ahead of joint military drills with Tajik and Uzbek troops in Tajikistan, 20 kilometers from the border with Afghanistan.

Gerasimov arrived in Uzbekistan — Central Asia’s most populous country — on Thursday to attend joint Uzbek-Russian military drills that are carried out from August 5-10 at the Harb-Maidon training ground.

At a meeting with Uzbek counterpart Shukhrat Khalmukhamedov, the Russian military’s chief of staff stressed that the joint exercises are aimed "to practice actions to repel terrorist threats" amid a worsening situation in the region.

Since US-led forces began a withdrawal scheduled to end in September, the security situation in Afghanistan has swiftly worsened, sparking a Taliban insurgent onslaught. The Taliban already control large swathes of the countryside and are now challenging Afghan government forces in several large cities.

The news of a full withdrawal of US troops from Afghanistan reinvigorated Russia’s military attention to the Central Asian region bordering Russia. Moscow has an interest in helping safeguard the borders of its former Soviet allies in the region, as authorities in the Russian capital are now concerned that terror threats emerging in Afghanistan can spread to Russia.

Positioning itself as the primary guarantor of security and stability in the region, Russia is improving its foreign military bases in the area and supporting the militaries of Central Asian states with various activities, including arms sales and joint military exercises, training and assistance programs, and many others.

The 201st Military Base stationed in Tajikistan is considered the largest force of the Russian Armed Forces based in a foreign country, with about 7,000 troops, 96 tanks, eight helicopters, five ground attack aircraft, and many other military pieces of equipment. Russia also has its military base in Kyrgyzstan, around 20 km east of the capital Bishkek.

The world's second-most powerful military assists Tajikistan in equipping the country’s armed forces and strengthening its borders. In addition, Russia routinely conducts counter-terrorism drills in Tajikistan and other countries across Central Asia. In 2017, Russia and Tajikistan held joint exercises near the Tajik-Afghan border, which involved nearly 2,000 Russian military personnel and 50,000 Tajik troops. Tajikistan and Russia share membership in the Collective Security Treaty Organization (CSTO) and the Shanghai Cooperation Organization (SCO).

Moscow has also been providing military support to Kyrgyzstan. Since 2012, Russia and Kyrgyzstan have signed arms deals worth about $200 million, of which about $126 million has already been transferred to Bishkek in the form of military equipment. Since 2000, about 40 senior officers, 400 officers and 700 cadets from Kyrgyzstan have been trained in various Russian military institutions.