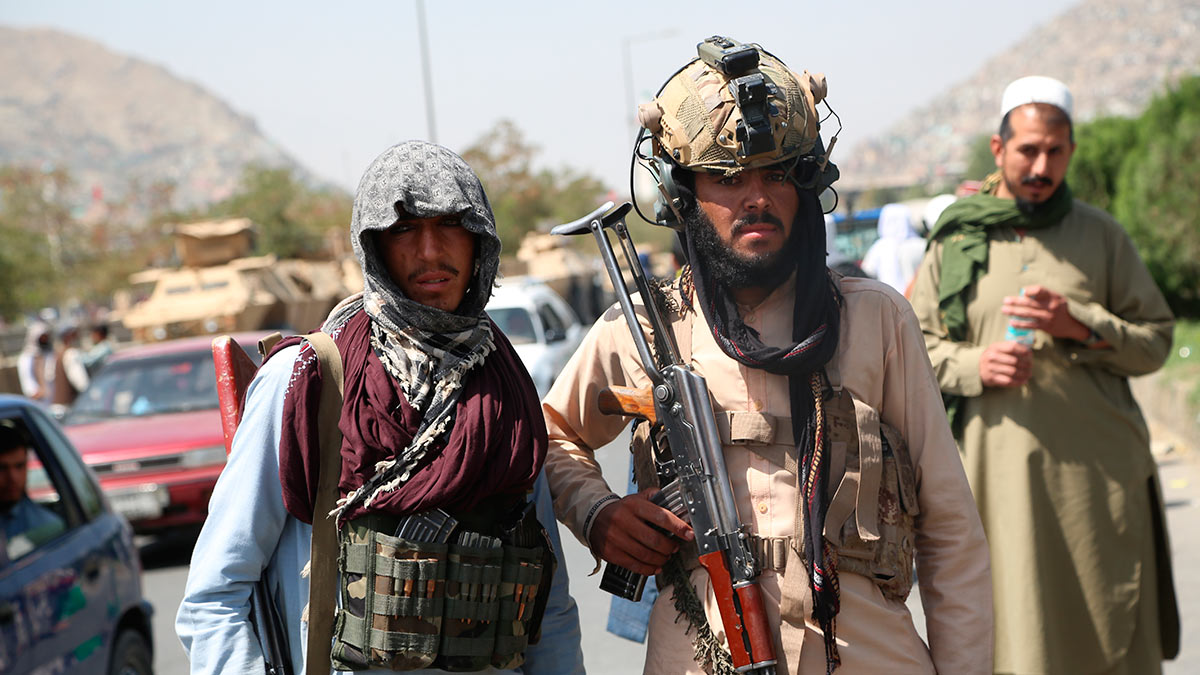 Grushko is convinced that the Taliban sweeping back into power was a natural result of the withdrawal of US and NATO troops from the country. / Global Look Press

Russian Deputy Foreign Minister Alexander Grushko put the blame for the Taliban’s takeover of Afghanistan and the chaos engulfing Kabul on the shoulders of the North Atlantic Treaty Organization (NATO).

In an interview with Russian media, Grushko said that Moscow had offered NATO members to create an algorithm for interaction in rescue, assistance, evacuation in case of crises. However, according to the official, there was no interest from the alliance, just as in proposals to establish dialogue and interaction between NATO and the Collective Security Treaty Organization (CSTO) on Afghan affairs.

“The result of this arrogance is shameless appeals to the CSTO countries to open their borders for those who cooperated with the NATO,” RIA Novosti quoted Grushko as saying on Tuesday.

Before bilateral relations between Russia and NATO spiraled down after what the alliance claimed to be Russia’s military intervention and annexation of Crimea in 2014, the parties had worked together to build trust through dialogue and practical cooperation in the areas of common interest, including counter-terrorism. The sides strengthened collaboration in 2002 with the establishment of the NATO-Russia Council (NRC), a mechanism for consultation, consensus-building, cooperation, joint decision and joint action on a wide spectrum of security issues of common interest. The council also aimed to provide much-needed training in the area of counter-narcotics to help combat the rising problem of drug trafficking in the Central Asian region.

Grushko said that nearly 4,000 counter-narcotics personnel of Afghanistan, Pakistan, and Central Asian countries had been trained mainly at a Russian training base.

However, the diplomat is convinced that the Taliban sweeping back into power was a natural result of the withdrawal of US and NATO troops from the country.

“Yugoslavia, Libya, now Afghanistan. Could expectations have been different? ...A trillion spent in vain,” the diplomat said.

The Taliban has gradually taken control over parts of Afghanistan in recent weeks before entering Kabul on Sunday. The militant group is expected to establish soon the Islamic Emirate of Afghanistan (IEA) - the same name it gave to the country before the US and western allies ousted it following the terrorist attacks on September 11, 2001.

After the Taliban seized control of Afghanistan, the potential to reconstitute inside the country for terrorist groups such as al Qaeda and the Islamic State has arisen. Central Asia, a region nearly the size of the European Union, is now back in international headlines since Turkmenistan, Uzbekistan, and Tajikistan all share a long border with Afghanistan.

Although the Taliban offered assurances that their quick gains in Afghanistan would not threaten Russia or its allies in Central Asia, Moscow was bolstering its military presence in Central Asian countries.

The Kremlin is interested in helping safeguard its allies’ borders in Central Asia, as authorities in Moscow are concerned that terror threats emerging in Afghanistan can end up on Russia’s doorsteps.

Russia has long been improving its foreign military bases in the area and supporting the militaries of Central Asian states with various activities, including arms sales and joint military exercises, training and assistance programs, and many others.