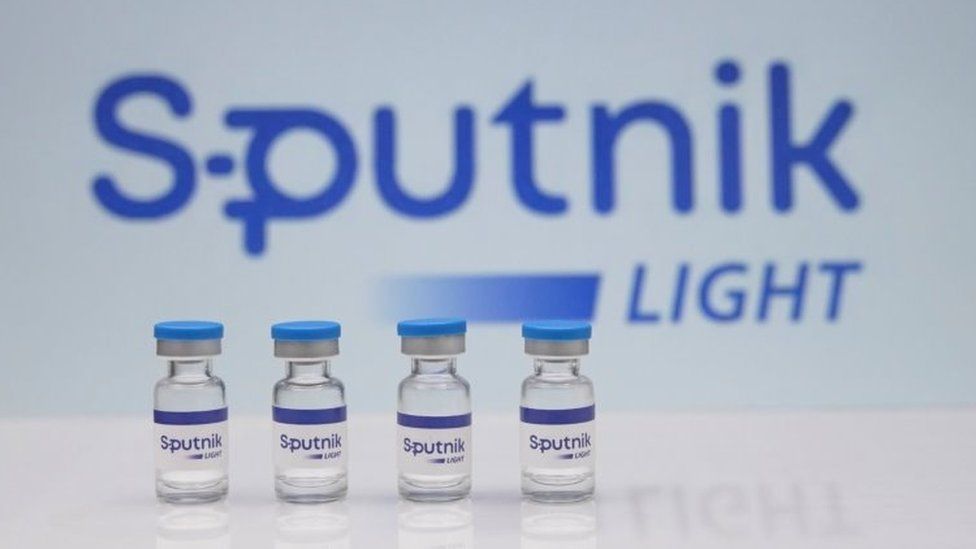 The first component of the country’s flagship two-dose Sputnik V vaccine, which is compatible with standard vaccine storage and logistics requirements, would cost less than $10 a dose. / Reuters

The Russian Health Ministry has given the green light to what it has dubbed the "light vaccine" against Covid-19, the first component of the original two-dose version of Sputnik-V.

The announcement came after the Russian Direct Investment Fund (RDIF), which financed clinical trials of a more basic version of the vaccine, dubbed "Sputnik Light," said that it has proven effective against all new strains of coronavirus following the results of a mass Covid-19 vaccination campaign in Russia.

"The single dose Sputnik Light vaccine demonstrated 79.4% efficacy according to analyzed data taken from 28 days after the injection was administered as part of Russia’s mass vaccination program between December 5, 2020, and April 15, 2021," the RDIF said in a statement issued on Thursday.

"An efficacy level of almost 80% is higher than that of many two-dose vaccines," the RDIF added.

Developed by the Moscow-based Gamaleya Research Institute of Epidemiology and Microbiology under the Russian Health Ministry, the light version of the vaccine has been earmarked for export to help countries with high infection rates combat the pandemic. Sputnik Light is a vector vaccine based on human adenovirus that has proven to be safe and effective, in which the SARS-CoV-2 coronavirus gene is integrated. Adenovirus is used as a carrier to deliver a small fragment of the coronavirus gene to cells and start the synthesis of the new coronavirus's envelope proteins, introducing the immune system to a potential enemy.

Sputnik Light has not yet been approved by the European Medicines Agency (EMA) or the United States Food and Drug Administration (FDA). At the moment, the third phase of the clinical trial of the Russian-made one-dose jab involving 7,000 people is taking place in Russia, the United Arab Emirates, Ghana, and other countries, with the interim results are expected in May.

"Sputnik Light will help to prevent the spread of coronavirus through the faster immunization of larger population groups, as well as supporting high immunity levels in those who have already been infected previously," Alexander Gintsburg, the director of the state-run Gamaleya research center said. "Sputnik Light offers strong value in initial vaccination and re-vaccination, as well as boosting efficacy when taken in combination with other vaccines."

The first component of the country’s flagship two-dose Sputnik V vaccine, which is compatible with standard vaccine storage and logistics requirements, would cost less than $10 a dose. In the statement shared by the RDIF, Kirill Dmitriev, the head of Russia's sovereign wealth fund said that although Sputnik Light had an affordable price of under $10, the two-dose Sputnik V vaccine remains the main version used in Russia's vaccination campaign, while the lighter version has been allocated for export.

Russia began its vaccination campaign in December using its first coronavirus vaccine "Sputnik V", named after the first artificial satellite launched into the Earth's orbit in 1957. While the Sputnik-V vaccine’s efficacy is confirmed at 91.4% based on data analysis of the final control point of clinical trials, the vaccine efficacy against severe cases of coronavirus is 100%. Russia's two-dose vaccine was registered on August 11, before the results of the third and final phase of human trials even began.

A country of almost 146 million people, Russia began its vaccination campaign in December using its first coronavirus vaccine Sputnik V. As of May 7, nearly 8.3 million Russians received both doses of Sputnik V. Russia's first homegrown vaccine, which is said to be as reliable as a Kalashnikov assault rifle, has also been exported to needy countries. As of May 5, over 20 million people around the globe received the first component of the Sputnik V coronavirus vaccine.

The vaccine uses two different adenovirus vectors to prompt the human immune system to produce antibodies that protect against the new coronavirus, similar to the one being developed and trialed by Oxford University in partnership with AstraZeneca. Sputnik V is administered in two doses, with a 21-day gap between the two jabs.