Runners Get Ready For Baku Marathon 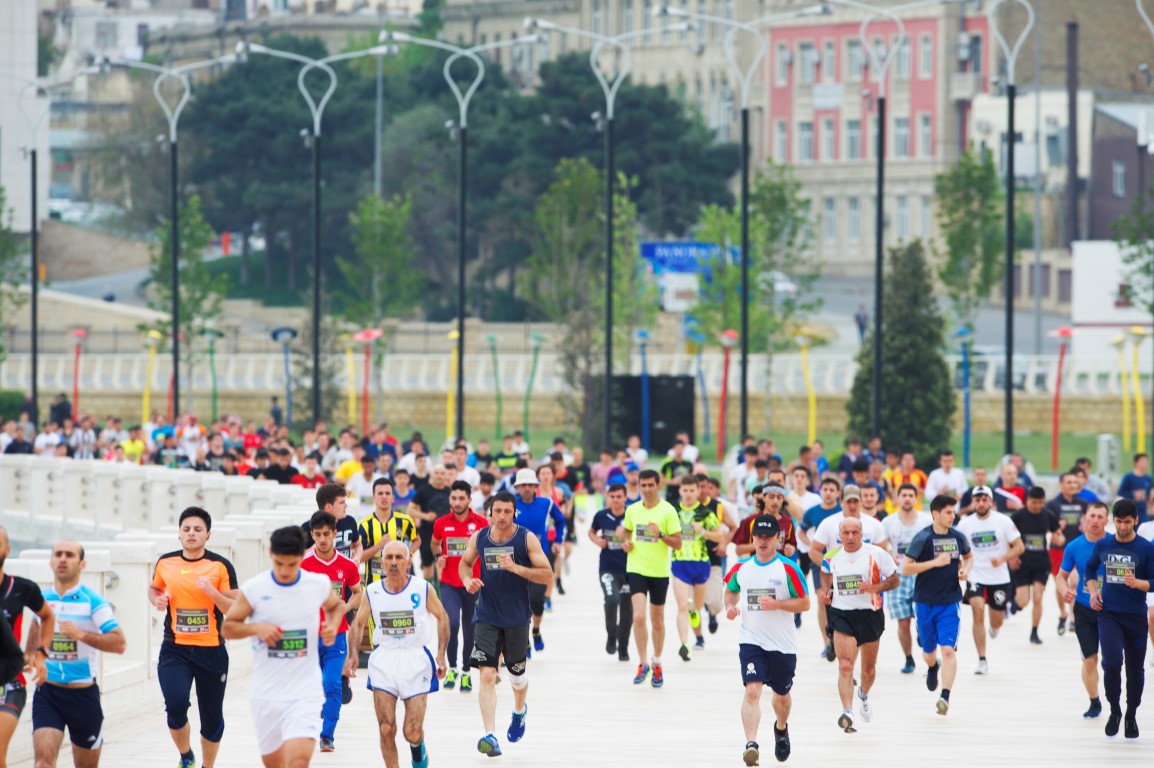 Now in its fourth year and considered the largest race in Azerbaijan, the route for the half marathon stretches from National Flag Square in Baku to Baku Olympic Stadium.

Azerbaijan’s capital will host a half marathon race on May 5, known as the Baku Marathon, bringing thousands of professional and amateur long-distance runners and spectators from all over Azerbaijan and abroad for the 21-kilometer (13-mile) race.

"The purpose of the event is to support the development of sports, promoting healthy lifestyles and bringing people together in the name of noble ideas," reads a statement published to the official website of the Heydar Aliyev Foundation, which has been organizing the event since 2016.

Now in its fourth year and considered the largest race in Azerbaijan, the route for the half marathon stretches from National Flag Square in Baku to Baku Olympic Stadium. Last year 18,000 participants turned up for the event, and organizers are hoping to surpass that number this year. More than 15,000 runners have registered by last Friday, with one day left before registration closes on May 1.

The winner of the 2018 race was Ukrainian national Igor Olefirenko, who set a new record for the race when he completed it in one hour and six minutes. Chelik Fadima from Turkey took first place in the women's category.

Last year's event welcomed locals and foreigners residing in Azerbaijan, as well as government officials and tourists from the United States, Germany, Austria, China, Japan, Russia, Spain, the United Kingdom and other countries.