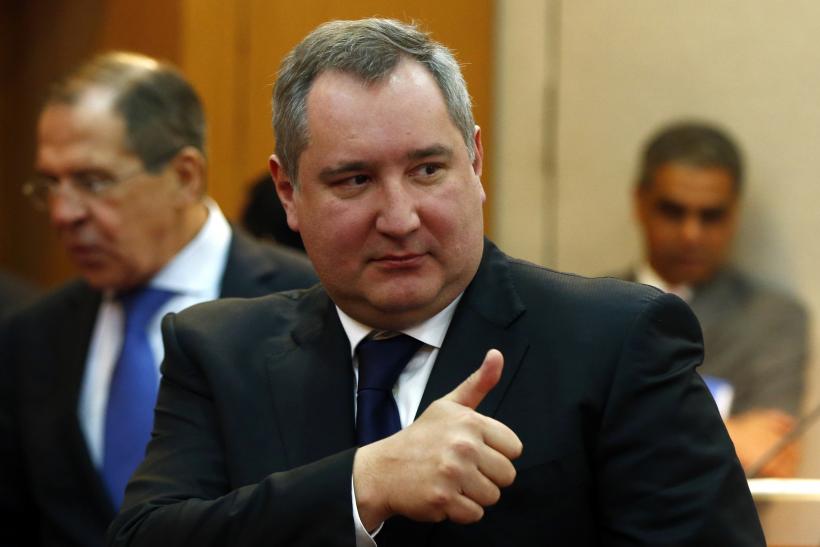 Commenting on NASA's plan on the lunar program, Rogozin said that it is "an American project with limited external partners. We are not interested in this." / Grigory Dukor / Reuters

Roscosmos space agency is backing away from the international Lunar Orbital Platform-Gateway project, headed by the National Aeronautics and Space Administration (NASA), labeling the program as "too US-centric".

On Monday, Dmitry Rogozin, the head of Roscosmos, expressed concerns about Russia having a second-tier role in the NASA-led program, saying that the program doesn't put Roscosmos on equal footing with its US counterpart. In his Telegram channel, Rogozin recalled that the Russian space agency has repeatedly expressed its interest in the NASA-led program if the program were run more like the International Space Station (ISS) - with the US and Russia maintaining dual control over the station and mission controls in Houston and Moscow.

Commenting on NASA's plan on the lunar program, Rogozin said that it is "an American project with limited external partners. We are not interested in this."

The Gateway-Lunar Orbital Platform, also known as the Gateway, is a vital part of NASA's Artemis program, under which a manned mission to the moon is planned for 2024.

The Gateway is a critical component of NASA’s deep space exploration plans, along with the Space Launch System (SLS) rocket, Orion spacecraft, and human landing system that will send astronauts to the Moon. Gaining new experiences on and around the moon will prepare NASA to send the first humans to Mars in the coming years, and the Gateway will play a crucial role in this process. It is designed as a destination for astronaut expeditions and science investigations, as well as a port for deep space transportation such as landers en route to the lunar surface or spacecraft embarking to destinations beyond the moon.

While the project is led by NASA, the Gateway is being developed, serviced and utilized in collaboration with the Canadian Space Agency, European Space Agency, Japan Aerospace Exploration Agency and commercial partners.

Although Roscosmos formally announced its decision to join the project, which is expected to serve as a stepping stone to the space exploration, and signed an agreement for building Deep Space Gateway together with NASA in 2017, so far Russia's role in the venture has been limited to the supply of the very last and smallest module.

Russia has extensive lunar exploration plans of its own. The Russian space agency is planning to build a lunar base that will be used for large-scale astronomical and geophysical research, including taking Russian astronauts to the moon’s surface.

Roscosmos’ plan to send humans to the moon includes building a new spacecraft called Federation by 2022. Its first flight to the International Space Station is expected by 2023, and deep-space flights are expected for some time in the middle of the next decade. In 2029, crew flights to lunar orbit would begin, along with flight testing of a lunar lander and an inflatable lunar base module. Russia is planning to send a manned mission to the moon by 2030.