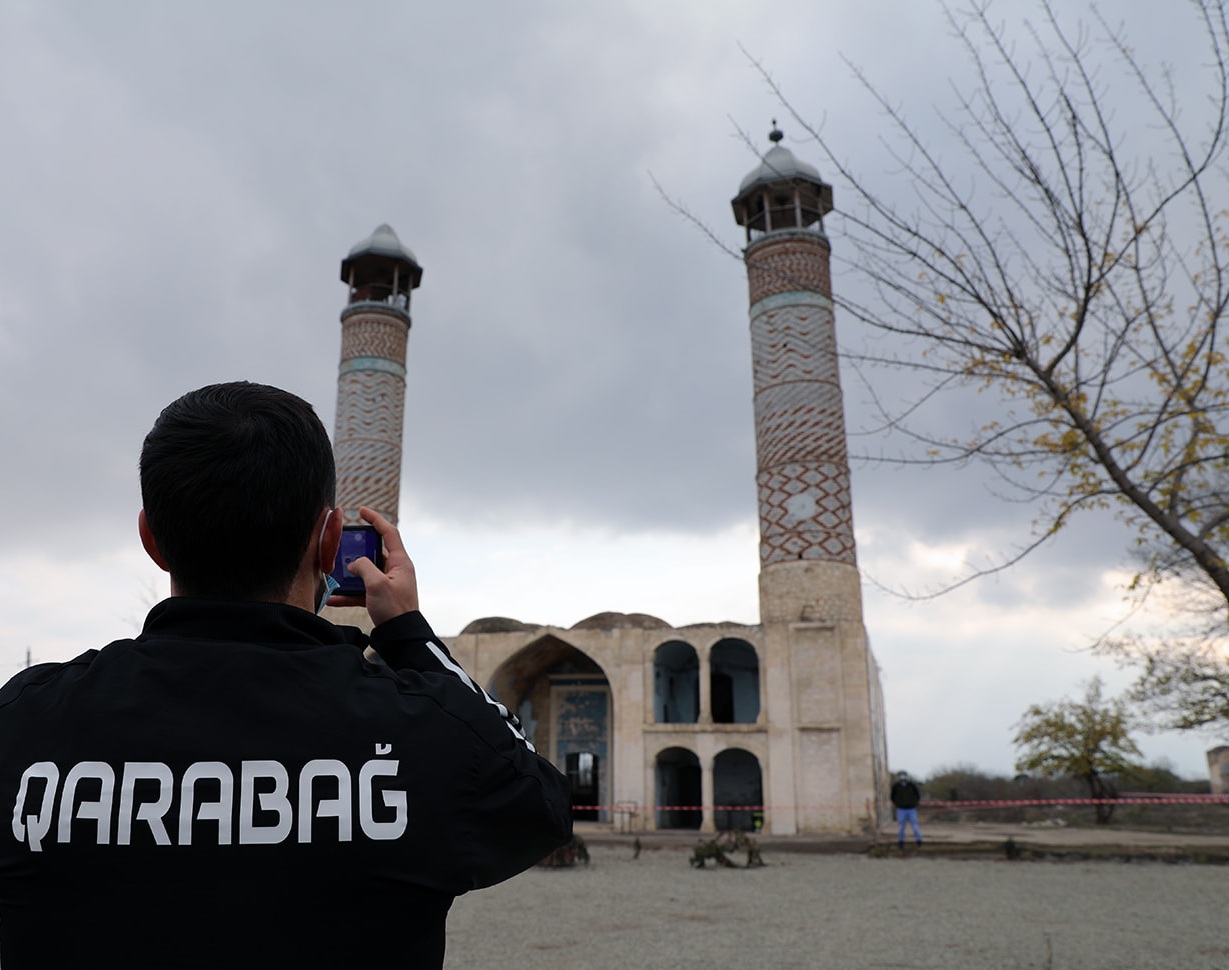 The Imarat Stadium of Azerbaijan's Qarabağ FK football club in the district of Aghdam played host to the last football game 27 years ago, before the city was occupied and the stadium was razed to the ground by Armenia's forces in 1993. Aghdam's liberation from the occupation breathed new life into the war-torn "ghost stadium" as players of Qarabağ FK were back on their home turf after decades of separation.

The management board and players of the defending Azerbaijani champions visited the ruins of Imarat Stadium on November 28, a week after Azerbaijan regained full control over Aghdam. The stadium, which has once staged emotion-packed matches of Qarabağ FK, has briefly returned to good old days with the footballers playing a symbolic match on the grayish pitch still bearing the scars of war.

"We are home!" Qarabağ FK posted a photo from the Imarat Stadium on its official Facebook page.

The club held home games in Imarat until Armenia's forces occupied a significant part of the Aghdam district, including the stadium's area on July 23 in 1993. The player-manager of the club, Allahverdi Baghirov was martyred and the Imarat Stadium was bombed by the Armenian army during the invasion. Until now, Qarabağ FK has been receiving its rivals in the stadiums of capital Baku, including the Tofig Bahramov Stadium and the Baku Olympic Stadium.

The history of the Imarat Stadium dates back to the khanates period in Azerbaijan's Karabakh region in the 17th century. A family cemetery of the prominent Azerbaijani poetess Khurshudbanu Natavan located in some part of the modern-day territory of the stadium, according to historical sources. One of the horse racing tracks of Karabakh khans has also been built there and was later transformed into a stadium, which was called Imarat by the local population. Imarat (originally "imarət") means "mansion" in English.

The occupied parts of Aghdam, including the Imarat Stadium, were razed to the ground by the forces of Armenia in the wake of heavy artillery attacks on the area in 1993 and subsequent Armenian vandalism during the 27-year-long occupation. Ethnic Azerbaijanis were forcibly expelled from their home in 1993. The territory currently resembles a real "ghost town" after nearly three-decades of its occupation by Armenia's forces. In video footage gone viral on YouTube, Imarat is seen to lay in ruins with no single building of the sports complex surviving Armenian armed attacks and vandalism.

Azerbaijani forces entered the occupied areas of Aghdam on November 20 following the withdrawal of Armenia's forces under the tripartite ceasefire statement signed by Azerbaijan, Armenia, and Russia on November 9. The document obliged Armenia to return occupied parts of Aghdam, as well as the Kalbajar and Lachin districts to Azerbaijan. Kalbajar has been returned along with Aghdam's seized parts, while the liberation of Lachin is due on December 1.

The two South Caucasus neighbor countries Armenia and Azerbaijan have been at odds since the late 1980s with the dramatic rise in anti-Azerbaijan sentiments in Armenia, at the center of which stood the illegal claims for Azerbaijan's historic Nagorno-Karabakh (Daghlig Garabagh) region. Following the Soviet Union’s dissolution in 1991, Armenia kicked off a full-blown military aggression against Azerbaijan. The bloody war until a ceasefire in 1994 saw Armenia occupying 20 percent of Azerbaijan’s internationally recognized territories including the entire Nagorno-Karabakh region and seven surrounding districts. Over 30,000 ethnic Azerbaijanis were killed and one million others were forced to leave their homes.

In 1993, the United Nations Security Council adopted four resolutions to demand immediate withdrawal of the occupying forces from Azerbaijani lands and return of internally displaced Azerbaijanis to their ancestral lands. Armenia failed to comply with all four legally binding documents.

Azerbaijani army liberated a significant part of the occupied lands in 44-day-long military operations from September 27- November 10. The fighting that was triggered by Armenia's forces deployed in occupied Azerbaijani territories ended in a ceasefire that sealed major regains for Azerbaijan - nearly 300 settlements, including the cities of Fuzuli, Jabrayil, Zangilan, Gubadli and Shusha. 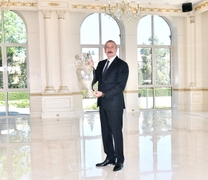 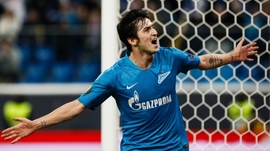 Saint Petersburg football club Zenit has won a ticket to the group stage of the UEFA Champions Le... 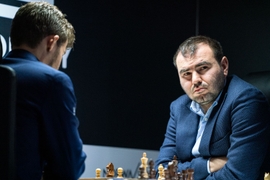