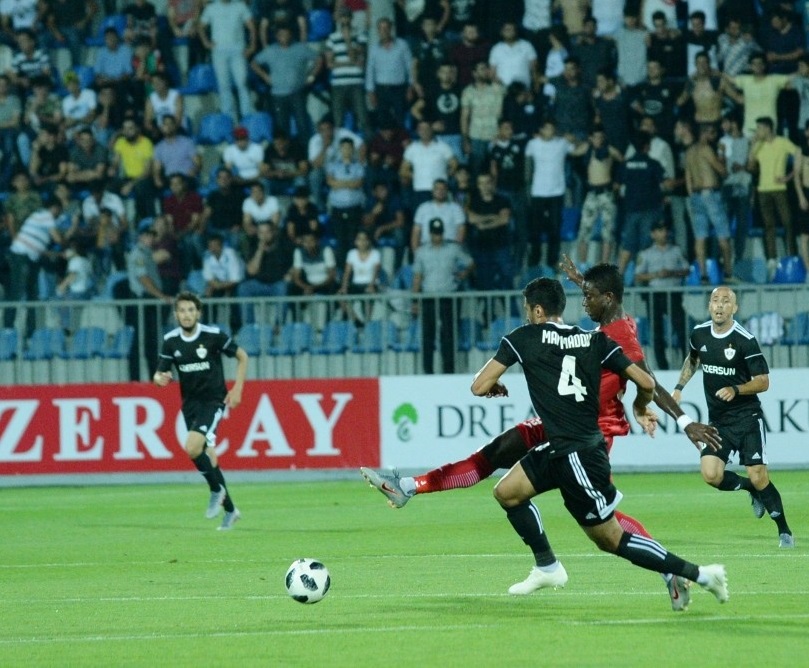 The second match between Qarabag and Partizani, following a 0-0 draw in their first game in Tirana on July 10, saw Qarabag blow its rival away with a 2-0 win on July 17, 2019 / AZERTAC

Azerbaijan’s football (soccer) team Qarabag played their second-leg matches in the first qualifying round of the 2018/2019 UEFA Champions League on Wednesday. While Qarabag made it through successfully, Astana fell short.

Qarabag squared off against Partizani from Albania at the Dalgha Arena in Baku. The second match between the two teams, following a 0-0 draw in their first game in Tirana on July 10, saw Qarabag blow its rival away with a 2-0 win. Goals by Croatian midfielder Filip Ozobic in the 51st minute of the game and the Spanish winger Dani Quintana in the dying 94th minute helped the Azerbaijani team book their ticket to the second qualifying stage of this year’s Champions League.

"I thank my players, they played very patient today and attacked at the right time, and I think we played well,” Qarabag manager Gurban Gurbanov said at the post-match press conference, according to Qarabagh.com. “It was one of the most challenging opponents we met in the first round. Partizani enjoyed its play in defense and made very rapid counterattacks. I wish good luck to our rivals and thank our fans for supporting us.”

Qarabag’s rival in the second qualifying round of the 2018/2019 UEFA Champions League will be Dundalk from Ireland. The first game within the tie will take place in Oriel Park stadium in Dundalk on July 24. The Irish team will travel to Baku on July 31.

Despite securing a 1-0 home win on July 9 against Romania’s CFR Cluj, Kazakhstan’s Astana failed to make it through the second qualifying round of the Champions League. A 3-1 lost on Wednesday stopped the team to progressing any further. Although Astana’s national forward Roman Murtuzayev doubled the advantage on the 4th minute of the game, a hat-trick by the French forward Billel Omrani of CFR Cluj left the Champions League door open to the Romanian side. Astana is still eligible, though, to move on to the Europa League, UEFA’s second-best club-level tournament.

The Santa Coloma team from Andorra will play against Astana in the second qualifying round of Europa League. Kazakhstani footballers will play the first game away on July 23. The second match with the Andorran side will take place in the home turf Astana Arena on August 1.