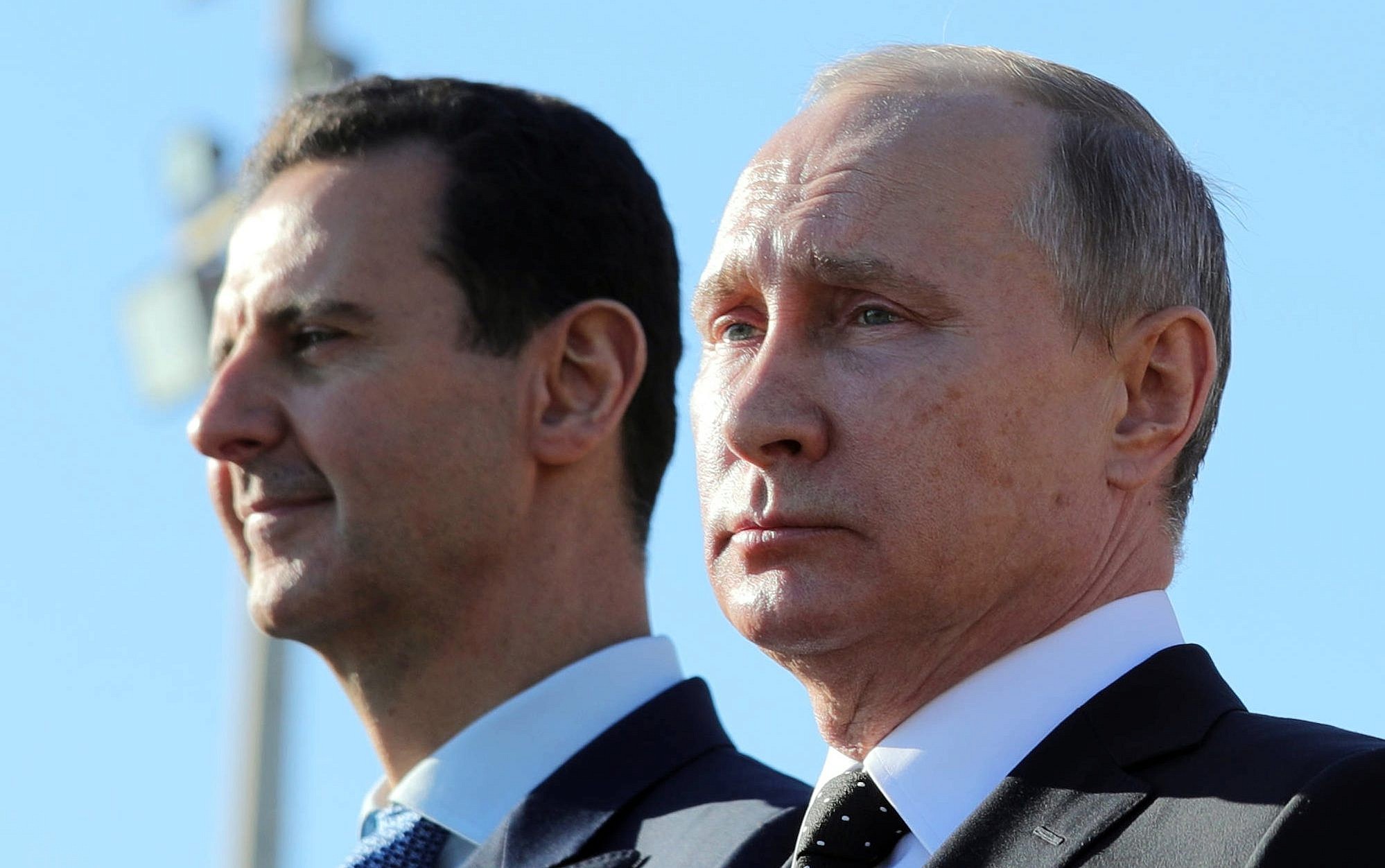 Putin’s visit to Syria came at a time of heightened tensions between Iran and the U.S., and followed Iran launching a dozen ballistic missiles at bases in Iraq that house American troops on Tuesday night. / Mikhail Klimentyev / AP

“Moscow intends to indicate that it supports the strategy of the Iranian general in Syria,” TASS quoted Graziani as saying on Wednesday. “This strategy, combined with the actions of the Russian Federation and President Bashar al-Assad, allowed the return of sovereignty to the Syrian state.”

Soleimani was commander of the Islamic Revolutionary Guards Corps’ Quds Force. He reportedly led Iran-backed forces supporting President Assad in Syria's civil war, which has been ongoing since 2011, and played a key role in shoring up Assad’s army. Iran has vowed revenge for the slaying, and with some 600 American troops stationed in Syria, the country has become a potential site for conflict with Iran.

“I believe that this visit is the first of a number of trips that will be aimed at assessing the situation in order to develop military, diplomatic and economic measures aimed at stabilizing the region, including after the murder of Soleimani,” Graziani added.

Putin’s visit to Syria came at a time of heightened tensions between Iran and the U.S., and followed Iran launching a dozen ballistic missiles at bases in Iraq that house American troops on Tuesday night.

The visit is Putin’s second since the start of the nearly nine-year war in Syria, where Russian troops have been fighting alongside Syrian government forces since 2015. During the visit, Putin met with his Syrian counterpart at a Russian command post in Damascus and was presented with military reports on the situation in different regions of Syria.

“In his conversation with Assad, Putin said that a lot has been done toward restoring Syria’s statehood and territorial integrity,” said Kremlin spokesman Dmitry Peskov, according to Kommersant.

Russia, along with Turkey and Iran, is considered a guarantor of the Astana process – a diplomatic mechanism by which the three sides have tried to broker a ceasefire and political settlement of the Syrian conflict, by including representatives from all factions, including Syrian rebels.

Both Moscow and Tehran have been helping the Syrian government in ongoing battles across the country, while Turkey has instead backed the Syrian opposition.

Meanwhile, Syrian troops supported by Russian warplanes have advanced on the northwestern province of Idlib, the rebel stronghold in Syria. According to BBC, more than 235,000 people have fled from their homes in Syria's rebel-held Idlib province from December 12-25 due to the intensified fighting in the area.

The Syrian civil war has claimed the lives of nearly half a million people, and 11 million have been displaced from their homes, including five million who are refugees.