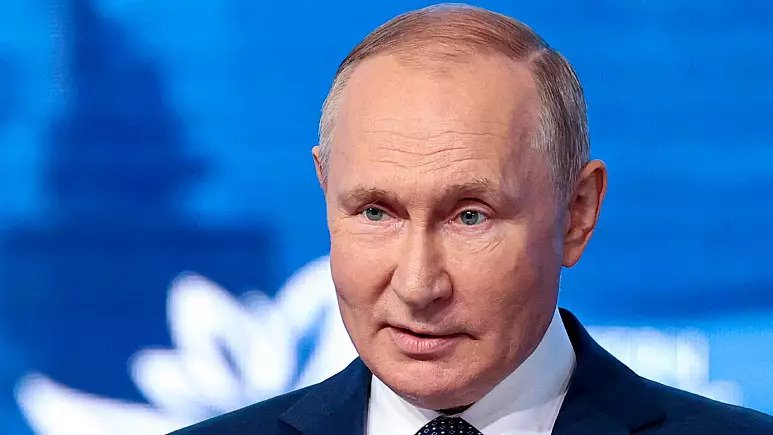 Speaking at the plenary session of the Russian Energy Week International Forum in Moscow on Wednesday, Putin recalled that the two countries carry out gas trade through two major pipelines - the Blue Stream and the TurkStream.

“We could move the lost volumes from the Nord Streams along the bottom of the Baltic Sea to the Black Sea region and thus make the main routes for the supply of our fuel, our natural gas to Europe through Türkiye, creating the largest gas hub for Europe in Türkiye,” the Russian president said. “That is, of course, if our partners are interested in this. And economic feasibility.”

The world's largest natural gas exporter Russia is Türkiye's primary gas supplier despite a year-over-year decline in overall supplies. The annual transportation capacity of the Blue Stream is 16 bcm, while the TurkStream supplies twice as much or 31 bcm per annum.

Putin’s suggestion comes two weeks after massive leaks were first reported on two major Nord Stream pipelines that transport Russian natural gas to the EU through the Baltic Sea. The leaks hit the Nord Stream 1 pipeline, which has been shut down completely since early September, and its planned twin Nord Stream 2, which never went into service due to worries that it would increase Europe’s dependence on Russian natural gas. Although neither pipeline was operating at the time, both pipelines were still full of gas, which bubbled to the surface in an area a kilometer wide on the sea's surface.

Western countries have suggested that Russia may be involved in sabotage and a number of senior lawmakers in Germany blamed Moscow for the incident. Putin, in turn, labelled the incident as "an act of international terrorism,” describing the attacks as setting “a most dangerous precedent” that forces Europe to buy energy at higher market prices.

Russia has previously been accused of using gas supplies as a weapon against the West in retaliation for its support for Ukraine.

The 1,200-km-long Nord Stream 2 pipeline is considered one of the most controversial energy projects as it has faced a wave of criticism. The project, designed to deliver additional 55 billion cubic meters (or 2 trillion cubic feet) of Russian natural gas per year to Europe through the Baltic Sea, was delayed by US sanctions and then blocked from entering service by Germany shortly before Russia’s full-scale invasion of Ukraine.

Since Russia’s invasion of Ukraine began on February 24, European countries have been focusing on how to wean themselves off Russian oil and gas. Officials in the US and the UK have already said their countries will stop buying Russian oil. Other European leaders have focused on limiting their imports over the next several years through conservation, finding alternative sources and switching to wind and solar power as fast as possible.

As the Caspian region’s largest and wealthiest country, Russia sits on top of some of the world’s largest gas reserves. According to estimates by the CIA World Factbook, its estimated gas reserves account for about 48 trillion cubic meters (tcm) of natural gas.