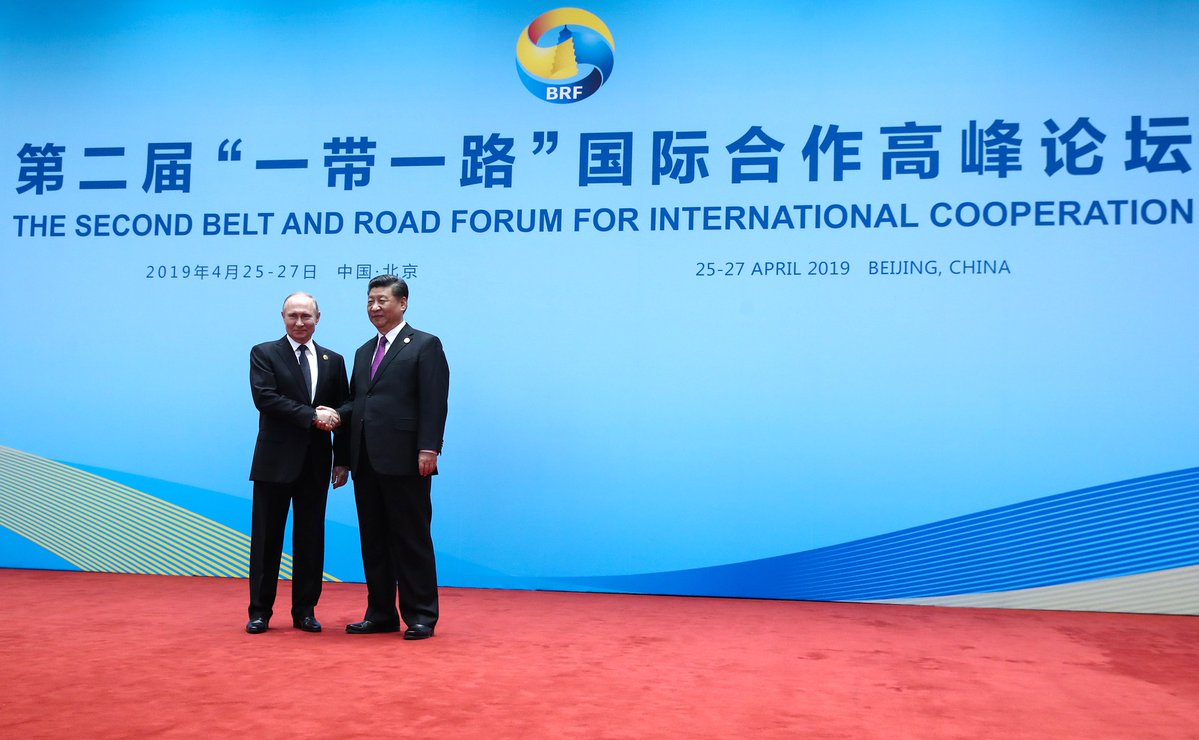 President Putin praised China's Belt and Road Initiative which will connect continents and countries via a series of roads, railways and shipping lanes, but put the spotlight on Russian energy initiatives.

President Vladimir Putin wrapped up time spent in the Far East last week, after his first summit with North Korean leader Kim Jong Un, held near Vladivostok, followed by a stop in Beijing to join world leaders for the second Belt and Road Forum for International Cooperation.

Speaking on the sidelines of the forum, which lasted from April 25-27, Putin praised China's Belt and Road Initiative – said to be the largest logistics project ever undertaken – which will connect continents and countries via a series of roads, railways and shipping lanes, but put the spotlight on Russian energy initiatives.

“The construction of the Power of Siberia pipeline system is in full swing for reliable and uninterrupted supply of natural gas to China and throughout Asia and the Pacific," 1tv quoted Putin as saying, referring to a project in an area that has been neglected by Russia over the years in favor of projects in its western regions, connected to Europe.

"The construction of gas pipelines in the European part of Russia – the Nord Stream under the Baltic Sea and the Turkish Stream under the Black Sea, designed to improve Europe’s energy security – are on the final stage. In addition, our country is creating facilities for the production and export of liquefied natural gas."

Russia is currently developing the 3,000 kilometer (1,864 miles) Power of Siberia gas pipeline, which will transport 38 billion cubic meters (bcm) of Russian natural gas from the Irkutsk and Yakutia production centers in Russia’s Far East to China. The pipeline is expected to be completed and be in operation by the end of next year.

"Now Chinese partners are asking to consider the possibility of increasing supplies for the Power of Siberia," EADaily quoted Putin as saying during the press conference on Saturday, adding that China’s demand for gas is enormous and the technological capabilities of Power of Siberia allow for an increase in gas supplies over time.

"On the agenda is a discussion of two more supply projects: from the Far East and the western route," RIA Novosti quoted Miller as saying on Sunday, adding that, if implemented, Gazprom could become China’s number one supplier of blue fuel.

Speaking on the sidelines of the forum, Putin said that the Belt and Road is "intended to strengthen the creative cooperation of the states of Eurasia."

"And it fits perfectly into our plans," he added, referring to the Eurasian Economic Union, which groups Russia with Armenia, Belarus, Kazakhstan and Kyrgyzstan in a common market that seeks to remove barriers to the free movement of goods, services, capital and labor. The five member-states "unanimously supported the idea of linking the construction of the Eurasian Economic Community" and the Belt and Road, Putin said.

While some countries are skeptical about the effectiveness of the Belt and Road Initiatives, the companies who participated in the forum dispelled doubts by signing contracts for more than $64 billion.

"During the forum, there were many representatives of companies that took part in the business summit. They signed agreements worth over $ 64 billion," RIA Novosti quoted Chinese President Xi Jinping as saying at the forum’s final press conference.