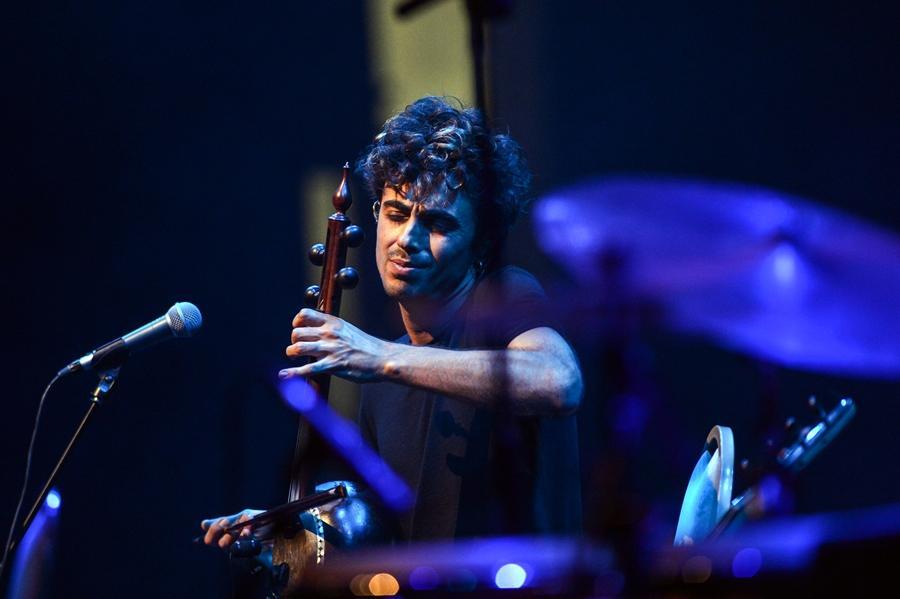 An episode from Mark Eliyahu's previous concert in Baku, May 15, 2019 / Courtesy

World-renowned Israeli composer and kamancha player Mark Eliyahu will be thrilling up music aficionados in Azerbaijan for the second time within his Caucasian tour that will kick off in the country’s capital city of Baku, and wrap in Georgia in November.

“Baku/ Ganja/ Tbilisi- who is coming to what show? Tell me in the comments. Can’t wait to meet you there! Preparing an amazing show!!” Eliyahu wrote on his Facebook page.

Eliyahu, 37, will first take the stage at the flamboyant Elektra Events Hall in Baku on November 14. His second concert in Azerbaijan as part of the Caucasian tour will take place in the country’s second-largest city Ganja on November 15. The final stop of the kamancha virtuoso will be the capital city Tbilisi of Georgia on November 16.

Baku has already seen a live show by Eliyahu this May, however, Georgian music fans will for the first time welcome him in Tbilisi for a live concert.

Mark Eliyahu, a composer and virtuoso player of millennia-old bowed string instrument kamancha, was born in 1982 into a Jewish family of musicians in the Caucasian Dagestan region of Russia located to the north from Azerbaijan. Eliyahu’s family moved to Israel in 1989. While in Greece at the age of 16, he saw Azerbaijan’s kamancha virtuoso Habil Aliyev’s live performance, and this has inspired him to travel to Azerbaijan for starting his fundamental learning of kamancha playing. During his two years of living in Baku, Azerbaijani kamancha master Adalat Vazirov helped Eliyahu possess perfect skills to perform in kamancha.

"Since then I have decided for myself that I will link my fate with this amazing and sensual instrument and Azerbaijani art,” Eliyahu recalls while talking about his familiarization with kamancha. “I found what I was looking for and decided to come to Baku. For two years I lived there and learned to play kamancha with an outstanding master Adalat Vezirov, became part of his family. He treated me like a son and I learned all the greatness and beauty of Azerbaijani traditions.”

Kamancha, known as a “little bow,” is an ancient musical instrument the roots of which go back to more than a thousand years ago. In Azerbaijan, kamancha is considered an inseparable element of classical and folkloric music, and it is one of three major instruments for the country’s national folklore music of Mugham.

Meanwhile, in May, Eliyahu gave a live concert in Baku themed “Let It Go.” In addition to his individual performances, he shared the stage with Azerbaijani Mugham singer Beyimkhanim Veliyeva to perform their joint song “Do You Remember.”