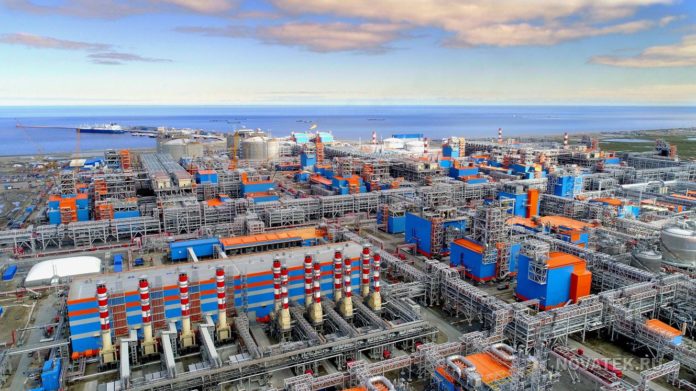 With the world’s largest natural gas reserves, Russia’s LNG potential is vast and Moscow is looking for ways to grow the export market, especially in the face of mounting pressures and sanctions from the West.

The cost for the Russian-led liquefied natural gas (LNG) project Arctic LNG-2 stands at roughly $21.3 billion, according to the final decision made by Novatek and other shareholders within the framework of the fifth annual Eastern Economic Forum.

“To date, this is the largest project in the world with a total investment of $21 billion,” RIA Novosti quoted Russia’s Energy Minister, Alexander Novak, as saying at the forum held in Russia’s Pacific port city of Vladivostok from September 4-6.

Russia’s Novatek has a 60 percent stake in the mega-project, while the remaining shares are split equally by the French oil and gas company Total, two Chinese companies – China National Petroleum Corporation and China National Offshore Oil Corporation – and the Japan Arctic LNG consortium made up of Mitsui & Co. and the state-run Jogmec.

Located on the Gydan peninsula in Siberia, the Arctic LNG-2 plant will tap into what is known as the Morning Deposit. Three pipelines tapping into the deposit are expected to produce 6.6 million tons of LNG per year for each of the lines, for a total annual turnout of totally 19.8 million tons.

“Today, we have taken another step forward in our goal to become one of the largest LNG producers in the world by approving the final investment decision on our second large-scale LNG project - Arctic LNG-2,” Novatek’s Chairman of the Management Board Leonid Mikhelson said, according to a press release.

“Novatek has emerged as one of the key players of the global LNG market with the successful launch of Yamal LNG,” said Mikhelson.

With the world’s largest natural gas reserves, Russia’s LNG potential is vast and Moscow is looking for ways to grow the export market, especially in the face of mounting pressures and sanctions from the West.

The country is  currently under pressure from the Countering American Adversaries Through Sanctions Act announced by the Trump Administration in 2017, as Washington pushes Europe, for example, to abandon multi-billion energy projects with Russia such as the Nord Stream-2 underwater pipeline in the Baltic Sea.

Russia operates two LNG plants: the Sakhalin LNG plant situated on Sakhalin Island and managed by Gazprom, with annual capacity of 9.6 million tons of LNG; and the three-train Yamal LNG plant, which has proven reserves of 683 billion cubic meters of gas.