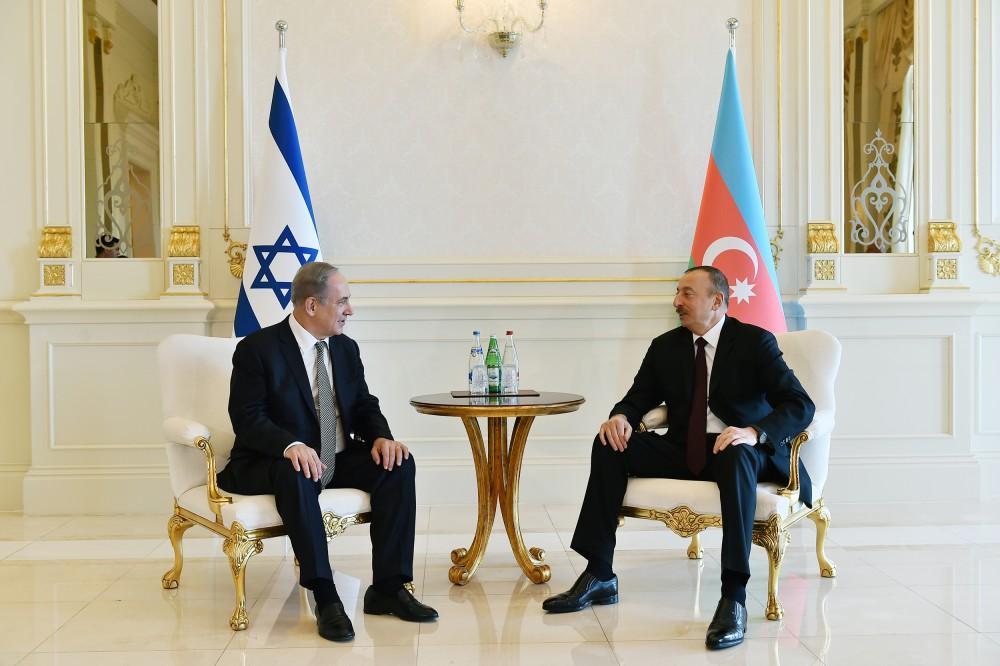 Azerbaijan and Israel – one a Muslim-majority country, the other an officially Jewish state – have enjoyed a bond over the decades in areas like politics, energy, defense and weaponry, information technology and agriculture.

“Good relations have been established both with governmental and non-governmental organizations, public structures and the media,” Ali Hasanov, a presidential aide for public and political issues, said according to the Azerbaijani-Israeli association AzIz on March 5. “We are very satisfied with the level of development of these relations.”

Azerbaijani officials at the highest levels attached a lot of importance to the history of Jewish people in Azerbaijan, as they try to promote multiculturalism and the dialogue between civilizations.

“We have a 2,500 year old Jewish community in Azerbaijan, with both Sephardim and Ashkenazim. Jewish people have always been part of Azerbaijan’s society,” Azerbaijani ambassador to the U.S. Elin Suleymanov said in an interview with The Algemeiner.

Baku has embraced Israeli know-how and technology in the agricultural sector, especially as both countries are relatively small in size and must maximize the potential of any arable farmland. Israeli specialists have been working in Azerbaijan for several years in agriculture and the agro-industrial complex, where they have worked to develop these sectors of what is the South Caucasus region’s largest economy.

Israel buys approximately 40 percent of its oil from Azerbaijan to meet domestic demand, and Azerbaijan has shared its vast experience in the energy sector with Israeli oil and gas professionals, as they look to explore fields found within the Middle Eastern country, both on land and offshore.

“We actively cooperate in the area of defense industries. This cooperation has lasted for many years already,” President Ilham Aliyev said in 2016, when Israeli Prime Minister Benjamin Netanyahu paid a visit to Baku.

“To give you one figure to illustrate how broad this cooperation is, so far the contracts between Azerbaijani and Israeli companies with respect to purchasing of defense equipment are close to $5 billion. To be more precise, $4.85 billion,” Azerbaijani President Ilham Aliyev told Israeli and local reporters back then.

For his part, Netanyahu has described the ties between the two countries as, “something that we can show the world.”

Azerbaijan does not only maintain good relations with Israel but is also engaged in building a bridge between Israel and the Muslim world, according to Ali Hasanov, a presidential aide to Aliyev.

“We are trying to establish links between the Jewish state and the Arab world,” Hasanov said.

Reflecting on Azerbaijan’s history – it was first a democratic republic in 1918, before being taken over by the Soviet Union in April of 1920 – Suleymanov described Azerbaijan and the parliament formed in the early 20th century as, “an example of traditions of tolerance.”

Executive Vice-Chairman of the National Coalition Supporting Eurasian Jewry (NCSEJ) Mark B. Levin, Professor of Georgetown University Brenda Shaffer, and Director of the Central Asia-Caucasus Institute & Silk Road Studies Program Joint Center Svante E. Cornell all participated in the side panel at AIPAC. The group noted that Azerbaijan have avoided the extremism and radicalism seen in different parts of the world, despite the fact that about 20 percent of Azerbaijani territory is under occupation, by Armenia, and more than one million Azerbaijanis have become internally displaced.