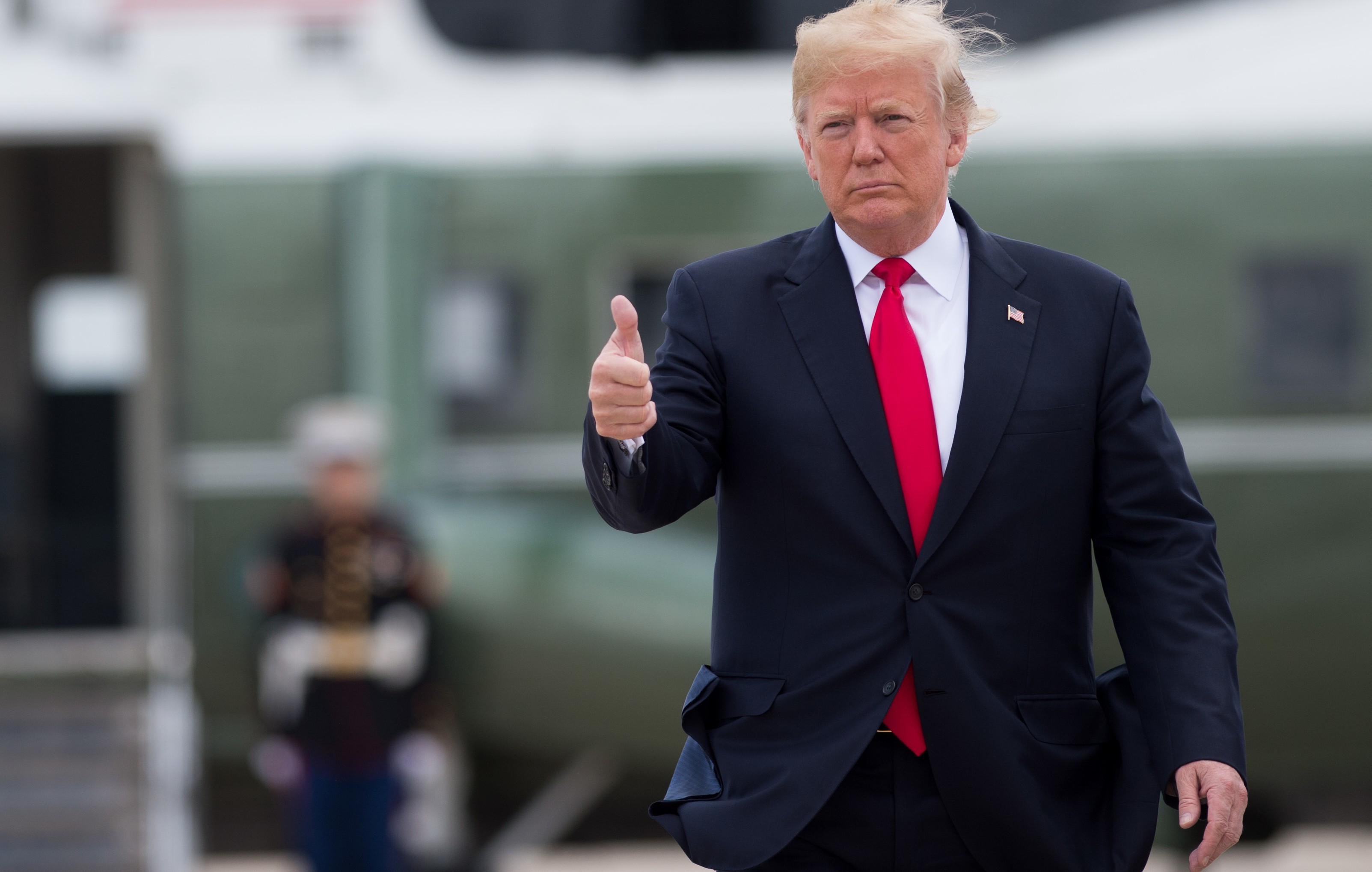 In a letter to Azerbaijani President Ilham Aliyev on the occasion of the Caspian country's Republic Day, US President Donald Trump expressed his support for Azerbaijan's independence, and lauded Baku's efforts in developing bilateral ties and cooperation.

“The United States and Azerbaijan have cooperated for nearly 30 years to strengthen international security, diversify European energy routes and sources, and build a brighter future for the people of our two great nations,” President Trump said in the letter on Thursday, according to a statement posted on Azerbaijan's presidential website.

“I appreciate Azerbaijan's important contributions in these areas and encourage all steps that promote democratic governance and protect the rights and freedoms we have pledged to uphold," the US President added.

Azerbaijan will be celebrating the Republic Day on May 28. The day marks the establishment of the Azerbaijan Democratic Republic (ADR) – the first democratic statehood in the entire Muslim East on May 28, 1918. ADR, which survived for only 23 months, ushered in the traditions of a parliamentary republic and pioneered in the women's suffrage among the countries of Muslim East and Turkic nations. The republic fell to the Soviet invasion on April 28, 1920.

The US and Azerbaijan established official diplomatic relations in 1992, shortly after Azerbaijan regained its independence from the dissolved Soviet Union. The two countries have been cooperating to promote European energy security, expand bilateral trade and investment and combat terrorism and transnational threats.

Azerbaijan's rich fossil fuel reserves beneath the Caspian Sea, and natural gas in particular, have proven to be a viable option for diversifying Europe's energy security amid heavy reliance on Russian supplies. Despite the vast geographical distance separating the US and Caspian region, Washington has focused its interests and efforts on the delivery of Azerbaijani gas to Europe in an attempt to diversify external sources and ensure the security of its largest ally’s energy needs.

The US has repeatedly expressed its support to the Southern Gas Corridor (SGC) mega-gas pipeline, which will pump 10 billion cubic meters (bcm) of gas annually to Europe starting sometime in 2020, alonside 6 bcm to Turkey. In his previous letters to President Aliyev, President Trump repeatedly voiced his support to the SGC project. The Congress passed a resolution in December of 2018 to promote the role of the SGC in Europe’s energy security.

“It has been longstanding United States policy to support European energy security through diversification of supplies, such as the Southern Gas Corridor which will deliver Caspian Sea energy resources to Southern and Central Europe,” the resolution stated.

SGC consists of three integral parts known as the South Caucasus Pipeline, the Trans Anatolian Pipeline, and the Trans Adriatic Pipeline. When the route’s final segment TAP kicks into high gear this year, an estimated 10 billion cubic meters of natural gas from the largest Shah Deniz deposit of Azerbaijan beneath the Caspian Sea will be pumped to heat ten million households in Europe.

President Trump also underlined the importance of reaching a peaceful resolution of the long-standing Armenia-Azerbaijan Nagorno-Karabakh conflict, saying Washington will be committed to its role as an international mediator to the negotiations.

“As a co-chair of the OSCE Minsk Group, we will remain engaged in supporting negotiations to find a lasting and peaceful resolution of the Nagorno-Karabakh conflict,” Trump said in the letter.

Diplomats from the US have been serving as one of three co-chairs of the Minsk Group of the Organization for Security and Cooperation in Europe (OSCE) alongside the middlemen from Russia and France since 1996, two years after the bloody war in the Nagorno-Karabakh region stopped in a ceasefire. The OSCE Minsk Group spearheads international efforts for finding a durable solution to one of the most dangerous regional conflicts that came in the wake of Armenia’s invasion into Azerbaijani territories in the early 1990s.

The outcomes of Armenia’s full-scale military campaign saw occupation of 20 percent of Azerbaijan’s internationally recognized territories which includes the Nagorno-Karabakh region and seven surrounding districts. More than 30,000 ethnic Azerbaijanis were killed during the war, while one million people were displaced.

Armenia has subsequently established a self-declared regime in the occupied Azerbaijani lands, in an attempt to gain international recognition for the illegal occupation. However, no country in the world, including the U.S. and Armenia itself, recognizes it. Withdrawal of Armenia's occupying forces from the Azerbaijani lands and return of the displaced Azerbaijanis to their home as clearly defined terms of the UN resolutions have yet to be fulfilled.