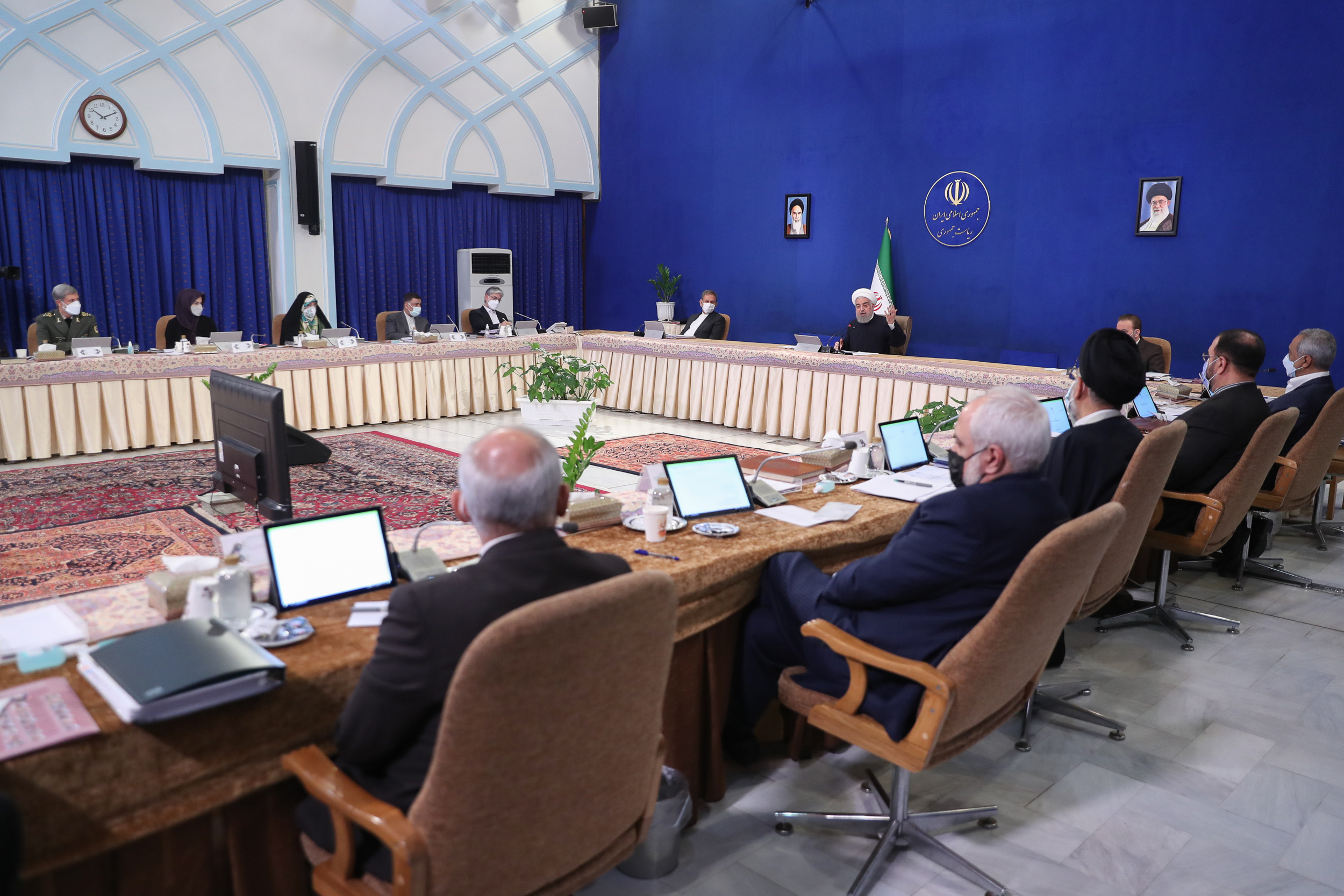 Iranian President Hassan Rouhani has said that the Biden administration has changed its tone regarding the nuclear deal, but no new step has been taken yet.

“In the current situation, the tone of the new US administration has changed a little, and it admitted some issues,” said President Rouhani while addressing the cabinet meeting on March 3.

“It has admitted the actions of the previous administration were wrong. They even took action and withdrew the wrong letter that the government had previously sent to the United Nations. However, no new step has been taken by the new US administration in lifting the sanctions, which is our main concern,” he added.

According to Iran’s top official, lifting of sanctions and full implementation of the Joint Comprehensive Plan of Action (JCPOA), also known as the 2015 Iran nuclear deal, is both easy and very difficult. President Rouhani believes that if the parties, especially the United States, fulfill all their obligations and lift the sanctions, Iran will immediately fulfill its obligations.

The International Atomic Energy Agency’s (IAEA) Board of Governors is holding a quarterly meeting this week against the backdrop of faltering efforts to revive Iran’s nuclear deal with major powers. As part of the meeting, the European signatories of JCPOA, known as the E3, including the UK, France, and Germany are planning to issue a resolution criticizing Iran’s repeated refusal to scale back its nuclear program.

On February 12, JCPOA’s signatories in Europe issued a joint statement responding to Iran’s production of uranium metal and describing it as a “violation” of the deal.

“Under the JCPOA, Iran committed not to engage in producing or acquiring uranium metal or to conduct research and development on uranium metallurgy for 15 years. Recalling our statement of January 16, we reiterate that Iran has no credible civilian justification for these activities, which are a key step in the development of a nuclear weapon. We strongly urge Iran to halt these activities without delay and not to take any new non-compliant steps on its nuclear program,” reads the statement.

Earlier this week, IAEA Director General Rafael Mariano Grossi announced that “in the absence of a technical and valid explanation from Iran, the IAEA is deeply concerned that undeclared nuclear material may be present at the unreported site.” He said that these nuclear materials have not been reported by Iran under its safeguard’s agreement. Also, Iran has not responded to any questions of the IAEA regarding the possibility of finding traces of nuclear material in the other three sites.

Meanwhile, Iranian Foreign Minister Mohammad Javad Zarif warned that the adoption of an anti-Iran resolution by the IAEA would further complicate the situation around the nuclear deal. According to Zarif,

“the Europeans have started a wrong move in support of the US. at the (IAEA) Board of Governors.”

Following the withdrawal of Washington from the JCPOA in May 2018, Iran urged the deal's remaining signatories, to establish financial and trade mechanisms by which the country could get around the US restrictions. In May 2019, citing European countries’ failure to uphold commitments to preserve Iran’s economic benefits, Tehran began to reduce its commitments and resumed the buildup of its uranium stockpile and enrichment levels.

In August 2020, the IAEA and Iran agreed to further reinforce their cooperation and enhance mutual trust to facilitate the full implementation of Iran’s Comprehensive Safeguards Agreement (CSA) and the Additional Protocol (AP), which obliges Iran to fully declare its nuclear enrichment activities and offer assurances that the program remains within the constraints of the Nuclear Non-Proliferation Treaty (NPT).

But in early January, the Atomic Energy Organization of Iran (AEOI) officially announced that it had resumed enriching uranium to 20 percent purity at the Fordo facility, a level not seen since 2015. The enrichment process was launched on January 4 as part of Iran’s Strategic Action Plan to Counter Sanctions, which was approved by the country’s parliament in December 2020. On February 15, officials in Iran said that the government would block snap inspections by the U.N. nuclear watchdog from February 23 if other parties to the 2015 nuclear deal do not uphold their obligations.

On February 28, Director of the AEOI Ali Akbar Salehi warned the IAEA, saying that “in case the Board of Governors of the International Atomic Energy Agency adopts an anti-Iran resolution due to the suspension of the Additional Protocol, we will give a proper response.”