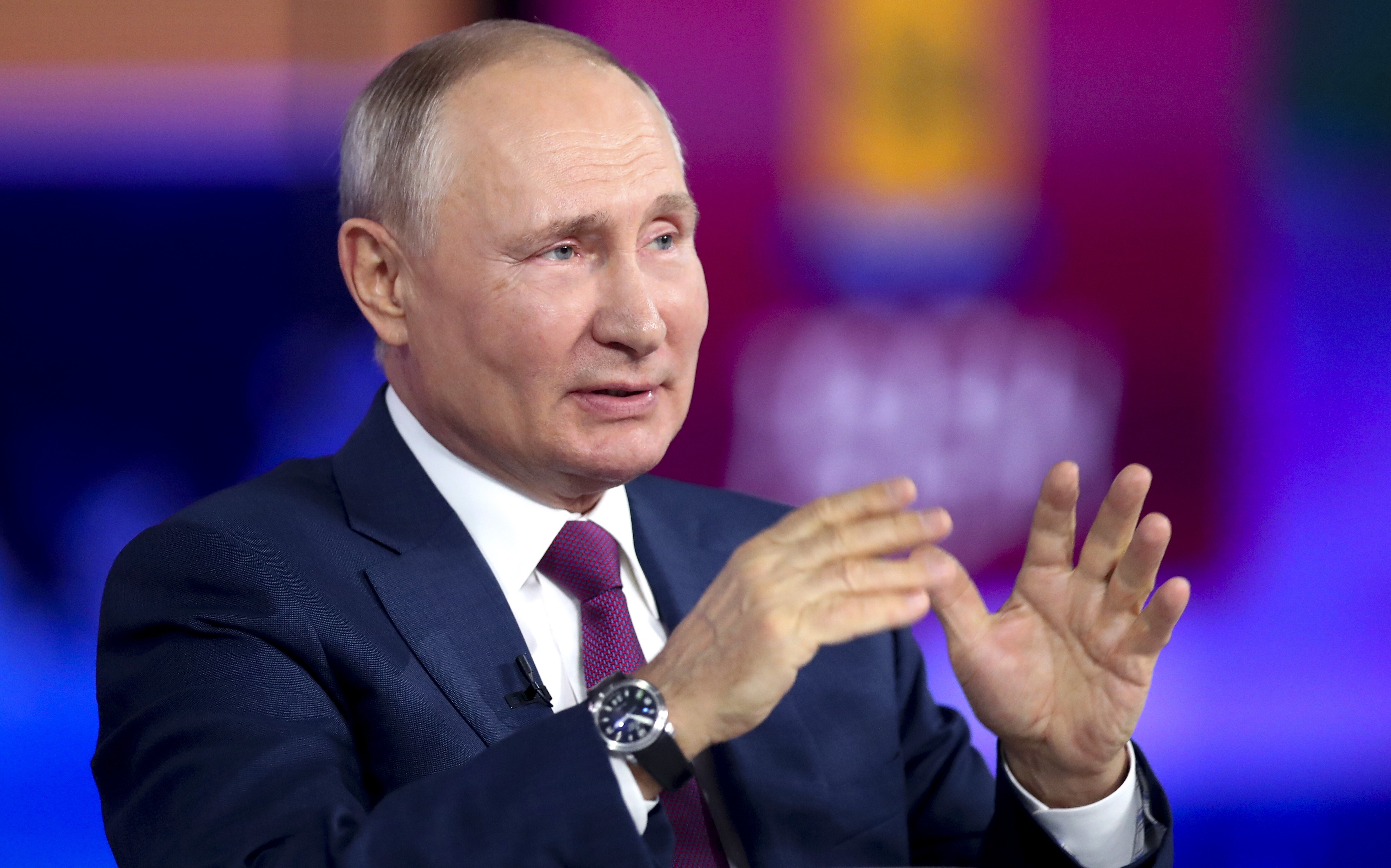 Russian President Vladimir Putin has shared his views on last week’s Black Sea incident in an annual phone-in with the public.

In his Wednesday’s speech, President Putin claimed that a U.S. reconnaissance aircraft was operating in sync with the British destroyer HMS Defender to uncover the location of Russia’s defense forces near the Crimean Peninsula and test their response.

“To begin with, this was a comprehensive provocation, and it was conducted not only by the British but also by the Americans,” he said, adding that Moscow was aware of the U.S. intentions and responded accordingly.

Last week, Russia’s defense ministry said the British destroyer HMS Defender had entered three kilometers into its territorial waters in the region of Cape Fiolent off the coast of Crimea. Moscow claimed that a Russian border patrol warship fired warning shots to push the British destroyer back.

After the incident, the U.K. government has denied that one of its vessels was shot at by Russia’s military and claimed that it was making a routine journey in Ukrainian waters.

Located on the northern coast of the Black Sea, Crimea has become a bone of contention between Kyiv and Moscow since the 2014 crisis in Ukraine, followed by Russia’s takeover of the peninsula. The Moscow-backed referendum held in March that year reportedly revealed that over 90 percent of Crimea’s residents wanted the peninsula to be under Russian control. However, the vote was declared illegitimate by Ukraine, Western countries, and the United Nations.

Meanwhile, the recent incident in the Black Sea followed Putin’s four-and-a-half-hour summit with his American counterpart Joe Biden in Geneva earlier this month. The landmark meeting was supposed to lay the groundwork for mending relations between the two nuclear powers, which have been at odds for decades. However, the incident in the Black Sea stroke a death blow to these hopes.

This year’s naval drills led by the U.S. Sixth Fleet and Ukrainian Navy in the Black Sea have only raised Moscow’s concerns over expanding NATO’s presence along its borders. The two-week naval maneuvers codenamed Sea Breeze has the largest number of participating nations in the exercise’s history as it involves 32 ships, 40 aircraft, and 5,000 troops from 32 countries.

President Putin said on Wednesday that a permanent Western military presence on the Ukrainian territory would challenge Russia’s vital interests.

“I am worried about another, more fundamental thing, namely, the beginning of military development in Ukrainian territory,” the president said, stressing that the Ukrainian Constitution disallows the presence of foreign military bases there. “But the military development of a territory that directly borders our country creates a considerable security problem for us,” he added.

For Russia, the Black Sea is of particular importance for economic and geostrategic reasons. As the country’s only warm water ports, Russia’s Black Sea ports have always served its economic interests. The control of the Black Sea also means total control over the Sea of Azov - a small body of water surrounded by Russia and Ukraine connected to the Black Sea by the Kerch Strait.