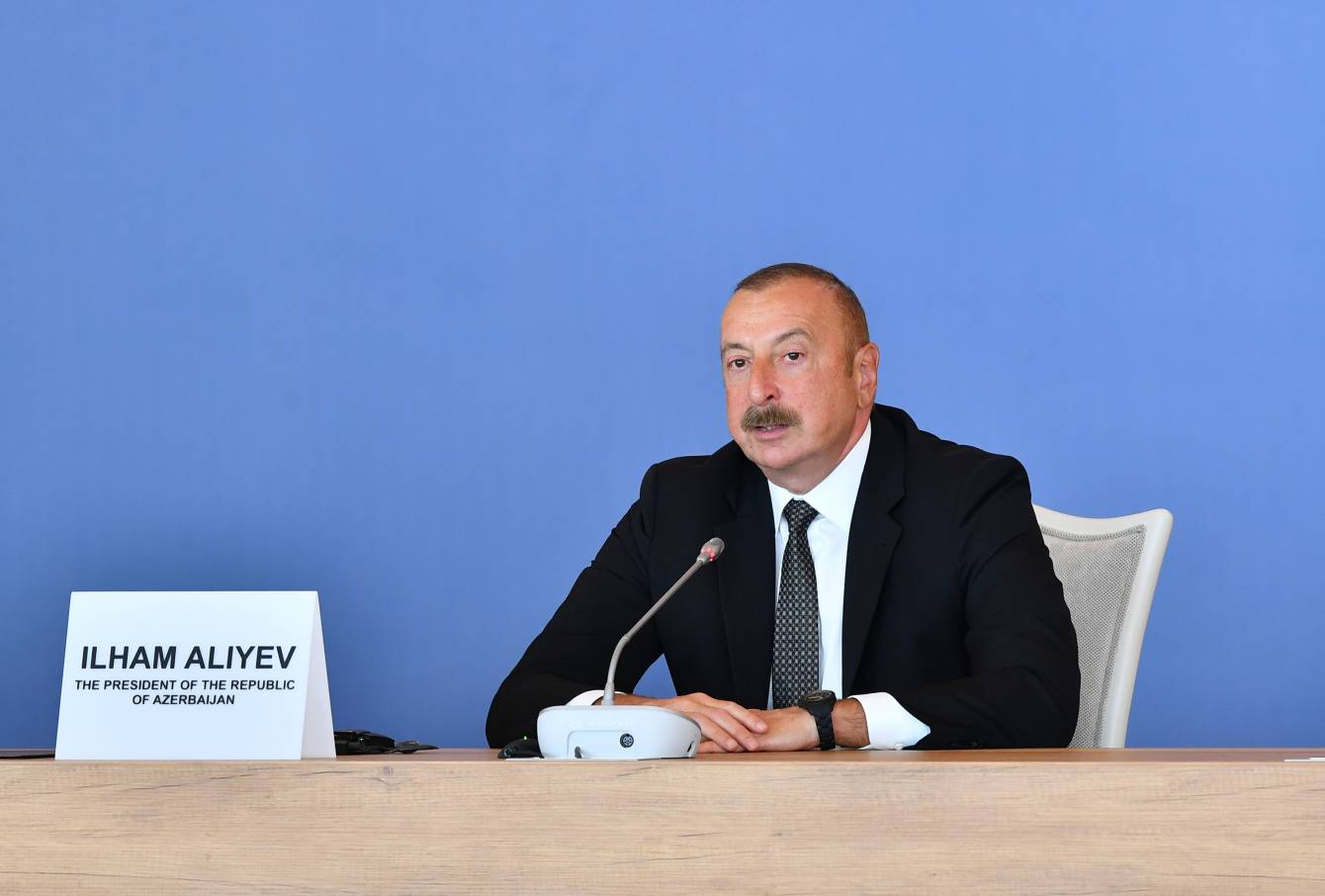 President Ilham Aliyev does not rule out a tit-for-tat response to Armenia if it tries to demand the so-called status for ethnic Armenian minorities living in the Karabakh region of Azerbaijan.

According to President Aliyev, Armenia’s attempts to make any claims that threaten the territorial integrity of Azerbaijan will cause similar territorial claims from Azerbaijan.

“From the historical point of view, we have a right to do it,” he stressed, recalling the decision of the Soviet government to cede the historical part of Azerbaijan, Zangazur, to Armenia in November 1920.

According to official data, up to 25,000 ethnic Armenians live in certain parts of Azerbaijan’s Karabakh region, temporarily monitored by the Russian peacekeeping contingent. Armenia demands special status for this area, while Baku rejects these claims.

“Our constitution provides equal rights for representatives of all ethnicities, including Armenians who live in Azerbaijan for years. We will of course take care of rights and security [of ethnic Armenians],” the Azerbaijani president noted.

Meanwhile, the ethnic Azerbaijanis who once inhabited the West Zangazur region — part of modern-day Armenia — were treated harshly.

The historical region of Zangazur, inhabited by the Turkic tribes, was a part of the Seljuk Empire during its 150-year-long rule in the 11th and 12th centuries, further expanding the Turkish-Islamic influence within the region. From the 13th century, Zangazur was invaded by Mongol-Tatar tribes and the Timurid Empire. From the 15th to the 18th century, the area was a part of the medieval Azerbaijani states of Garagoyunlu, Aghgoyunlu, and Safavids.

Demographic changes in Zangazur took place during the reign of Tsarist Russia and the Soviet Union. As a result of the massacres committed by Armenian armed groups in 1905-1907 and 1914-1920 in Zangazur, about half a million indigenous Azerbaijanis and other Muslim locals were killed. Over these periods, 115 Muslim villages in Zangazur were destroyed.

Shortly after the Bolshevik forces subjugated the Azerbaijan Democratic Republic on April 28, 1920, a significant part of the Zangazur region was ceded to the newly-established Armenian SSR on November 30, 1920. As a result, Nakhchivan became an exclave separated from the Azerbaijani mainland.

In 1933, the territory of the Armenian SSR was divided into districts, and the name Zangazur was replaced with new district names such as Gafan, Gorus, Garakilsa (Sisian), and Mehri.

In 1988, over 250,000 Azerbaijanis living in modern-day Armenia, including the West Zangazur region, were forcibly expelled from their ancestral lands as part of the last phase of their illegal deportation by Armenia. Hundreds of historical, material, and cultural monuments belonging to Azerbaijanis were destroyed following the brutal displacement of the Azerbaijanis through acts of terror and ethnic cleansing.

Armenia occupied the eastern part of Zangazur in the First Karabakh War in the early 1990s. After its liberation in 2020, the Azerbaijani government established the East Zangazur economic zone there, including the Zangilan, Gubadli, Jabrayil, Lachin, and Kalbajar. Currently, the “Araz Valley Economic Zone” Industrial Park is being built in East Zangazur as part of the massive restoration and reconstruction campaign. The second new airport in the liberated lands is also being constructed in the Zangilan district.