President Aliyev: There Is Need for Peace Treaty with Armenia To Eliminate Military Confrontation Risks 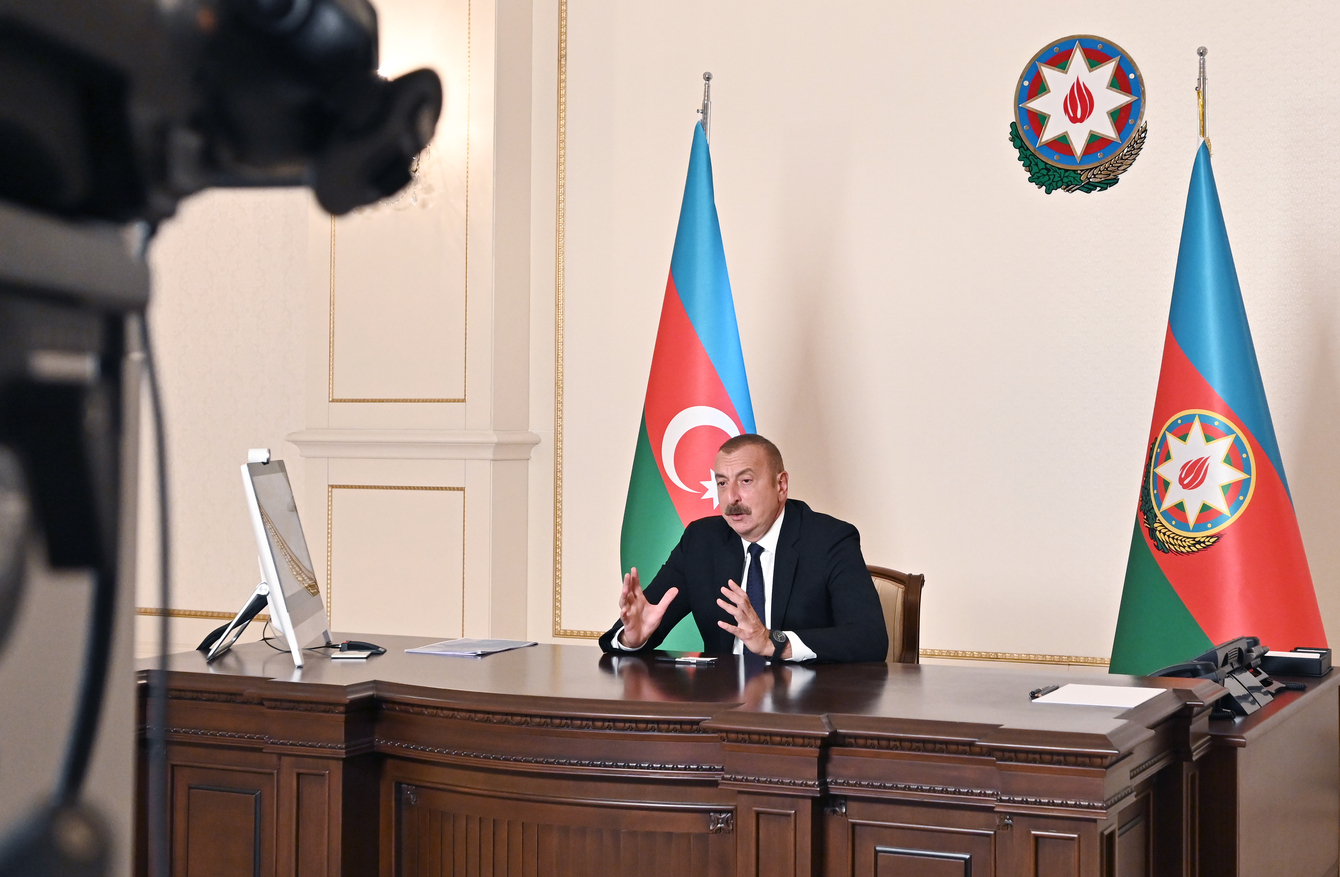 Azerbaijan’s President Ilham Aliyev recently offered a broad insight on prospects for Armenia-Azerbaijan relations after the last year’s war between the two countries over the Karabakh region.

“I several times said that we need to start working on a peace agreement with Armenia to put an end to war and to minimize or eliminate the risk of any potential military confrontation. We need to have a peace agreement and border delimitation with Armenia. All of that requires joint efforts,” the president said.

Shortly after the war, Azerbaijan made several significant gestures, including humanitarian efforts, to show its readiness to work jointly on important post-war issues. Azerbaijan released the Armenian prisoners of war and civilians abandoned on the battlefields and returned about 1,600 Armenian soldiers’ bodies. In addition, Armenia was allowed to use a 21-kilometer-long portion of a highway passing through the liberated territories of Azerbaijan and import the Russian gas via Azerbaijan.

However, the Armenian authorities did not respond to it adequately, according to President Aliyev.

While Azerbaijan rolled out restoration projects in its liberated territories, Armenia resorted to provocative attempts to re-instigate hostilities. Two weeks after the ceasefire, a group of 62 armed Armenian saboteurs organized attacks on the Azerbaijani positions in the liberated Khojavand district, killing 4 Azerbaijani servicemen and a civilian.

President Aliyev said last week the behavior of the Armenian side shows that they are not ready to come up with a normal manner and stop “demonizing” Azerbaijan.

Armenia refuses to hand over maps of the Azerbaijani territories contaminated by mines. President Aliyev is convinced that Armenia has a map showing at least a million mines buried in once occupied lands. Armenia’s refusal to submit these documents causes significant setbacks for the restoration of the liberated territories. In addition, since the end of the war, more than 100 Azerbaijanis have been killed or seriously injured by landmines.

But despite all this, Azerbaijan offered Armenia to cooperate.

“We have offered [Armenia] cooperation on transportation issues, particularly on the issues of the opening of the Zangazur corridor, which will connect Azerbaijan with the Nakhchivan Autonomous Republic. At the same time, Armenia will have a railway connection with Russia and Iran, its two close friends. This rail connection does not exist. So we offered it to them, and I can tell you that the process is going on. The process started, it is not easy, but it started,” the Azerbaijani president said.

Zangazur corridor will restore the shortest connection between Azerbaijan’s mainland and its southwestern exclave of Nakhchivan. The opening of the corridor was included in the tripartite ceasefire signed by Armenia, Azerbaijan, and Russia.

Meanwhile, in a government meeting on Thursday, Armenia’s acting Prime Minister Nikol Pashinyan confirmed that a joint commission would be created by late May to delimitate the state border between Azerbaijan and Armenia.

According to the draft document’s first paragraph, a joint commission on the state border delimitation between Armenia and Azerbaijan is being created in line with statements signed by Armenian, Azerbaijani, and Russian leaders on November 10, 2020, and January 11, 2021, for the development of efforts to strengthen peace, stability, and security in the region. The second paragraph of the document reads that the Armenian and Azerbaijani governments agree to form national delegations within the commission’s framework until May 31, 2021.