President Aliyev Says 'No Sense' in Meeting With Armenia's Pashinyan 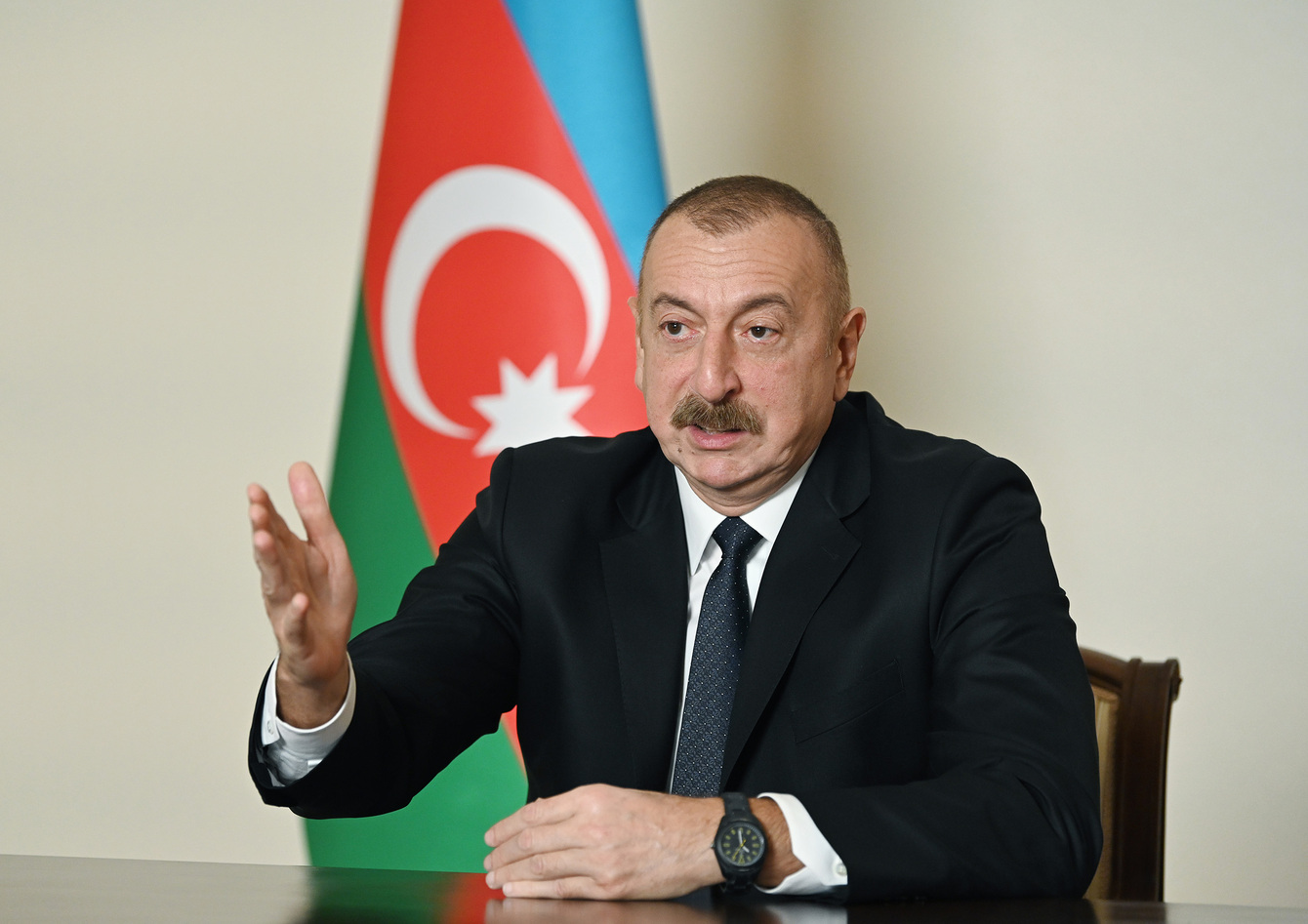 In an interview with Spanish international news agency Agencia EFE on Thursday, Azerbaijan's President Ilham Aliyev shared his insight on various aspects of the ongoing clashes between Armenian and Azerbaijani forces, including prospects for ceasing hostilities and securing a lasting peace in the Nagorno-Karabakh region.

President Aliyev said in the current situation, top level meeting is not expected, despite his initial constructive contacts with Armenia's Prime Minister Nikol Pashinyan. President Aliyev explained that the promising tone of the previous meetings faded with the contradictory remarks of the Armenian leader over the last two years and today, and added that there is "no sense" in meeting with Pashinyan.

"I had many meetings with him [PM Pashinyan] over the last two years. But all of them were absolutely useless and senseless. Except for the first meetings, he promised me that if Azerbaijan gives him time after the so-called revolution, he will do his homework and strengthen his political position in Armenia. Then, he will be willing to work constructively to implement the basic [resolution] principles," President Aliyev said, according to President.Az.

"That was what he told me in the early months of his leadership in Armenia. But after a year, he said completely different things. He said that there would be no centimeter of land to be returned to Azerbaijan. He said, "Karabakh is Armenia". He said that Azerbaijan has to negotiate with the so-called "authorities of this quasi entity Nagorno-Karabakh". So, he did everything to destroy the negotiation process. Therefore, at this point, I don't see any sense in meeting with him."

President Aliyev said the recent meeting between the foreign ministries of Armenia and Azerbaijan is the correct format for contacts given today's realities.

Pashinyan picked the peaceful resolution of the decades-old Nagorno-Karabakh conflict and the acceleration of negotiations with the Azerbaijani government based on international law as one of his promises during the pre-election campaign in 2018. However, shortly after coming to power on May 8 of the same year, his rhetoric and actions served to raise tensions with Azerbaijan. He made several trips to the occupied territories of Azerbaijan, during one of which in 2019 he said “Karabakh is Armenia and that is it.” He later traveled to the occupied Shusha city in Azerbaijan's Nagorno-Karabakh region to participate in the illegal so-called "inauguration" of the self-declared "president" of the unrecognized illegal regime in the occupied Nagorno-Karabakh region.

Pashinyan's also attempted to change the current format of talks brokered by the OSCE Minsk Group co-chairs from the US, Russia and France. He insisted on involving the illegal separatist regime in the Nagorno-Karabakh region of Azerbaijani as a party to negotiations. The proposal was strictly turned down by the government of Azerbaijan.

Armenia's government has also refused to comply with Madrid Principles - a compilation of fundamental guidelines for resolving the Nagorno-Karabakh conflict.

President Aliyev said currently the Armenian leader tries to take time out from the ongoing fighting and to achieve a ceasefire for getting more military aid while Baku wants him to announce about timetable for withdrawal of forces from occupied lands.

"We don't want to continue military operations. I said many times and can repeat today that if the Armenian prime minister, personally him, the person responsible for this bloodshed, makes such a statement, we are ready to stop immediately. I am a person who keeps his words, and we will do it. But he doesn't say," the president said.

President Aliyev explained that Azerbaijani army fights to restore the territorial integrity of Azerbaijan, to return one million Azerbaijani refugees and IDPs to their native lands, where they lived for centuries, and then to ensure peaceful coexistence of the Azerbaijani and Armenian communities in that area.

He said Armenia lacks a concrete compromise with consistent calls for recognizing the Armenian community's right to self-determination. The compromise should be submission of a timetable for the withdrawal of Armenian forces from the still-occupied part of the Aghdam district, as well as the districts of Kalbajar and Lachin of Azerbaijan, Aliyev said. Then Azerbaijan is ready to give autonomy to Armenians living in the Nagorno-Karabakh region of Azerbaijan.

Ongoing hostilities between the forces of Armenia and Azerbaijan in the occupied Karabakh region of Azerbaijan are the longest and fiercest since the ceasefire signed in 1994. The hostilities broke out on September 27 after Armenia’s troops deployed in the occupied Azerbaijani lands started shelling military positions and civilian settlements of Azerbaijan. Azerbaijani forces took immediate counter-attack measures to repel Armenia's offensive. Fighting have further escalated as both sides have intensively deployed artillery, mechanized forces, and infantry along the frontline. Azerbaijani army has liberated over 200 settlements from occupation during the ongoing counter-attack operations in the country’s Karabakh region.