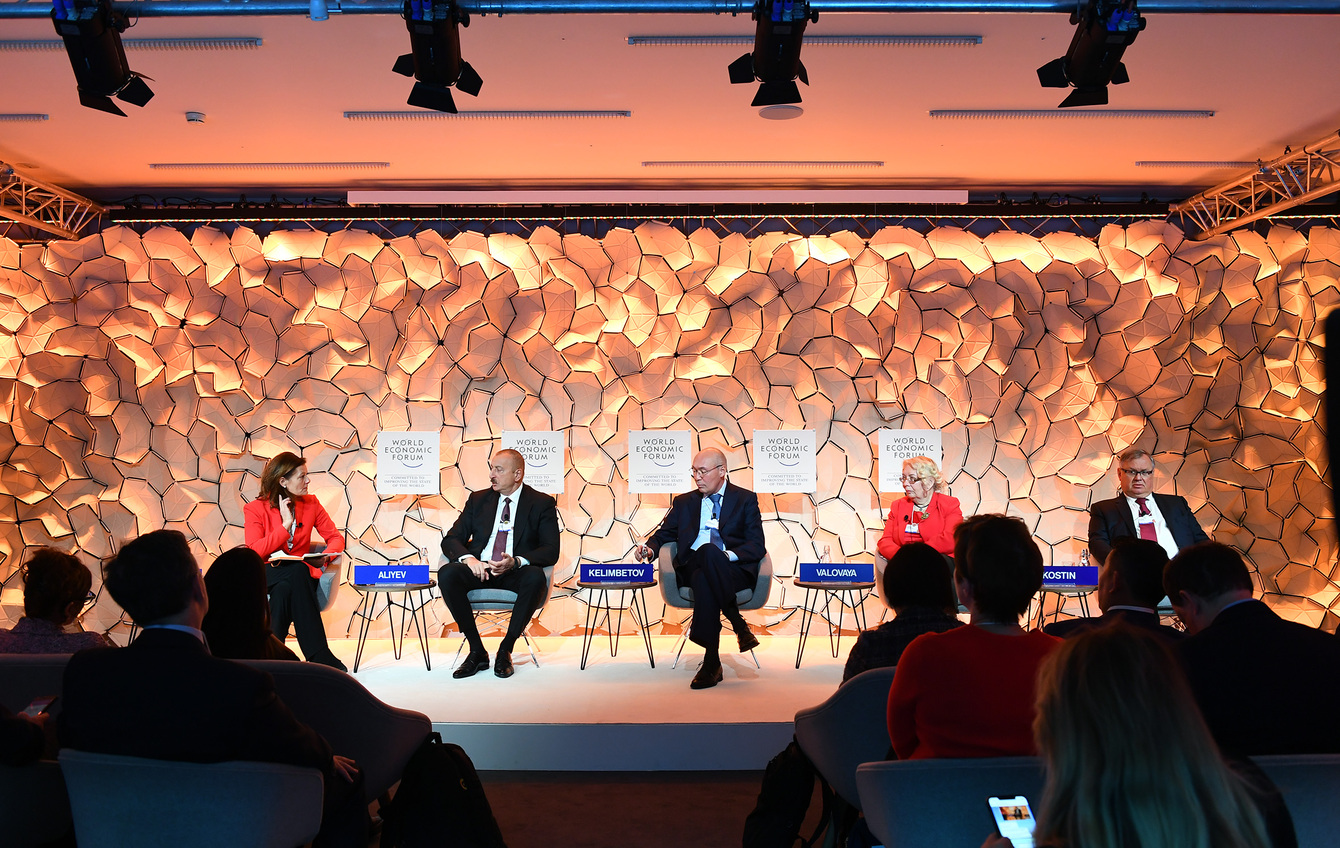 The World Economic Forum annual meeting held in Davos, Switzerland this week included a panel discussion headlined “Strategic Outlook: Eurasia,” which addressed priorities of the region’s economies, the rapidly growing population in Central Asia, and how to meet these challenges in 2020.

Azerbaijan’s President Ilham Aliyev was a participant in the panel, where he expressed his thoughts on managing geopolitical tensions in a region in which one-third of the population is now under age 15.

“We don’t have internal risks in the country, whether it’s political risks or economic risks, the country is stable, development is sustainable,” he said, referring to Azerbaijan. “The main concern and the main potential nightmare would be an aggravation of tension beyond our borders,” President Aliyev said during the question and answer session, according to President.Az.

“And for that, unfortunately, we are not responsible, and we cannot to full degree influence that process. The responsibility lies on the superpowers, on the big powers which must agree on certain issues between themselves so that this fragile stability is not shaken more.”

President Aliyev mentioned the situation in Afghanistan, recent tensions between Iran and the United States, and Armenia’s decades-old military occupation of the Nagorno-Karabakh region of Azerbaijan.

From 1991-1994, Armenia fought a brutal war with Azerbaijan, as a result of which it occupied roughly 20 percent of Azerbaijan’s sovereign territory, comprised of the Nagorno-Karabakh region and seven adjacent districts. The bloody war, which lasted until a ceasefire deal in 1994, claimed the lives of 30,000 ethnic Azerbaijanis and displaced one million.

The conflict over the Nagorno-Karabakh region of Azerbaijan is considered a ticking time bomb, due to Armenia’s refusal to withdraw its forces from occupied territories of Azerbaijan, despite four resolutions adopted by the United Nations Security Council.

In light of interests in greater regional stability, Azerbaijan has been involved in the process of integrating war-torn Afghanistan into the modern era. Since 2015, peacekeepers from Azerbaijan has been serving under the NATO-led non-combat Resolute Support Mission in Afghanistan. Currently, 120 servicemen from the country serve to protect the Kabul International Airport.

The government in Baku actively supports the Heart of Asia - Istanbul Process, a platform for encouraging security, political, and economic cooperation among Afghanistan and its neighbors. The seventh ministerial conference of the process took place in Baku in December 2017.