President Aliyev Reacts to PACE's Recent Resolution on Azerbaijan, Accusing It of Hypocrisy 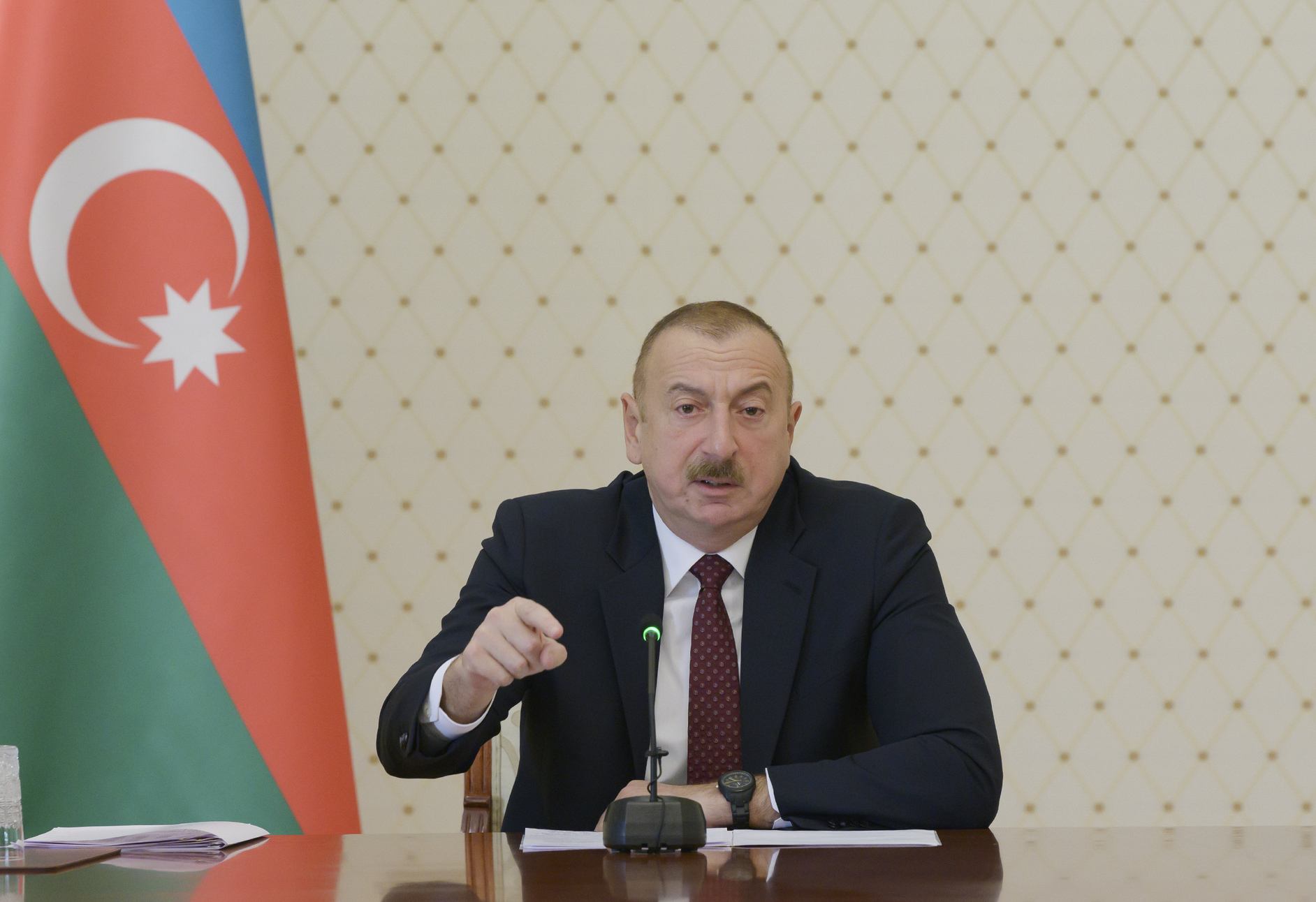 Azerbaijan's protest to a recent "political prisoners" resolution adopted by the Parliamentary Assembly of the Council of Europe (PACE) was voiced in President Ilham Aliyev's remarks he made during a meeting with Turkish foreign minister in Baku this week.

President Aliyev said PACE was quite unfair in its attitude towards Azerbaijan over the last two decades by choosing the country as a target, which subsequently led to the loss of Azerbaijani people's trust in this organization.

"Unfortunately, I consider that during this period the Council of Europe has been undergoing a process of degradation, this organization is losing its significance at the international level, it cannot influence the processes taking place in the world. The influence of the organization is low, and the main reason for this is probably hypocrisy, double standards, and injustice that reigns in the organization" he said Wednesday in a meeting with Turkish Foreign Minister Mevlut Chavushoglu, who served as PACE president in 2010-2012, according to President.Az.

President Aliyev's remarks come on the heels of a resolution adopted by PACE on January 30. Authors of the document insist that Azerbaijan has "a problem of political prisoners" and urge the authorities in Baku to involve an impartial body for looking into alleged cases.

President Aliyev says comments by PACE are a lie and there are no political prisoners in Azerbaijan, the latest resolution is of no significance, this is just a piece of paper that features fabricated accusations against Azerbaijan, and the government of Baku will not fulfill the so-called demands of PACE.

"And those countries where there are political prisoners remain out of focus. I can cite Armenia as an example," he said during discussions with the Turkish foreign minister, President.Az reports. "The former president of Armenia has been arrested for more than a year. A criminal case has been instituted against him and, according to information circulated by the media, his case has been referred to court. And the main reason for all this is criticism from the former president of the current government."

President Aliyev went on to explain that journalists are also detained in Armenia and one of them has recently died from a hunger strike. However, the Council of Europe made notes about none of these facts, which shows that there is one attitude towards Armenia, and another towards Azerbaijan, according to him.

One of the most echoed politically motivated arrests in Armenia was the detention of former president Robert Kocharyan, who served in office in 1998-2008, for the third time in June last year although he was released twice since July 2018. He has been charged with unlawful actions that led to the announcement of a post-election state of emergency in March 2008, and the killing of at least ten people. Meanwhile, despite the court charges, many believe that there are political motives behind Kocharyan's arrest. He told Reuters in May 2019 that powerful opposition forces were teaming up to challenge the country’s new leadership under Nikol Pashinyan, and that he hoped to join the new hard-line dissent camp.

Meanwhile, Head of Russia’s delegation to PACE and PACE Vice Speaker, Pyotr Tolstoy said Azerbaijan is one of the countries targeted by the organization's resolutions, however, this should not be taken seriously given the organization's nature.

"This is not so much fearful, and this will pass off. The actions of PACE bear a recommendatory nature. The main issue is the sovereignty of our countries and the will of our voters," he said, according to Ona.az.