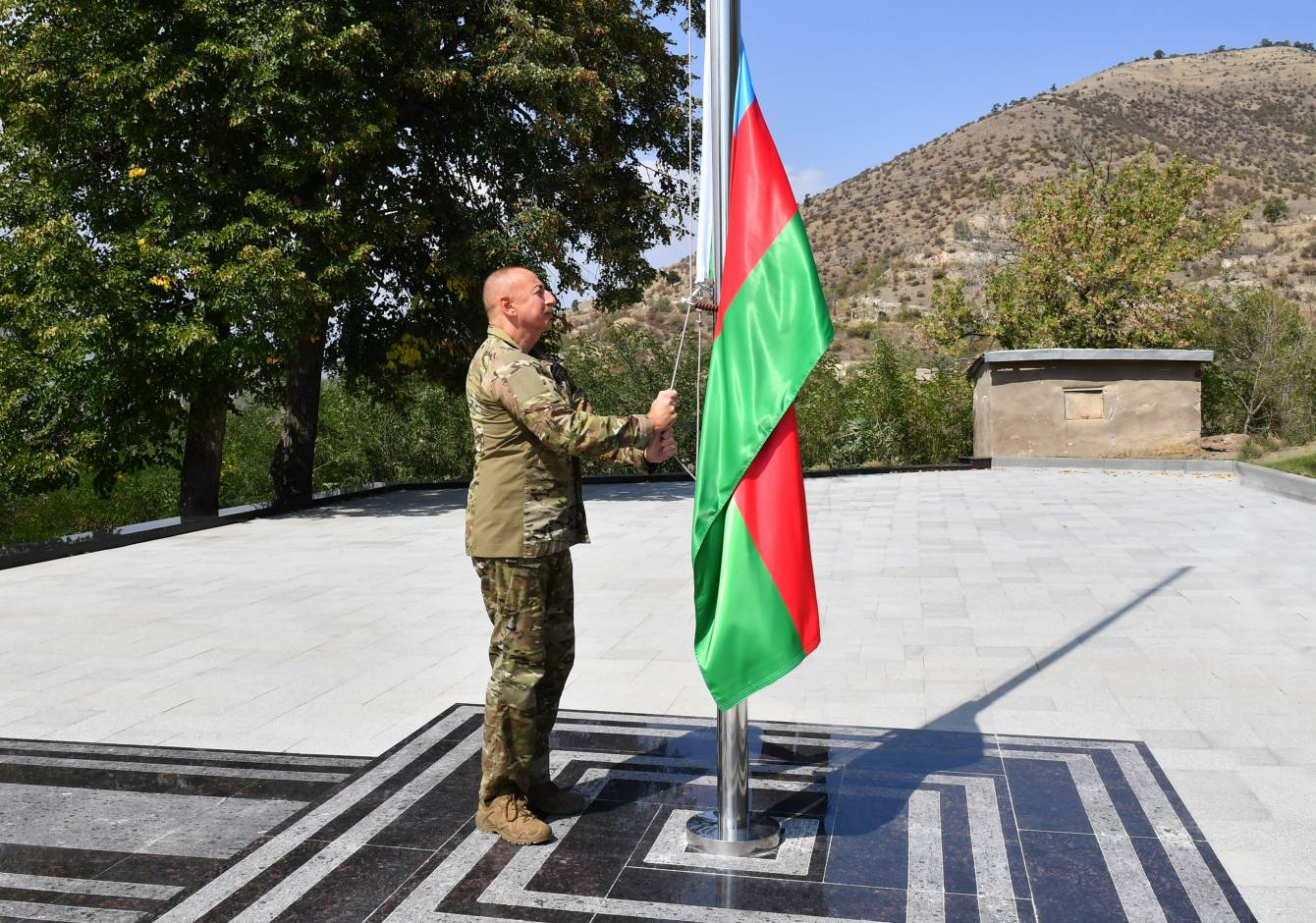 President Ilham Aliyev raises the flag of Azerbaijan in Lachin city, which returned under Azerbaijan's control on August 26, 2022, September 21, 2022 / President.Az

President Ilham Aliyev visited Azerbaijan’s Lachin city on September 21, where he raised the country’s flag in the center of the city.

“This is a historic event. The liberation of Lachin will remain in history forever. Today, I raised the Azerbaijani flag in the city center, in the central street of Lachin. This flag will fly here forever,” President Aliyev said on Wednesday.

He further mentioned large-scale Armenian vandalism Lachin suffered during its illegal occupation, and then added that the city is now ushering into an all-new era of restoration and reconstruction.

“Preparations for this are already underway. I sent several groups here immediately after August 26. An analysis will be performed of the entire housing fund. Damage will be assessed. At the same time, proposals will be prepared for urgent work to be started. The city of Lachin, the village of Zabukh, and the village of Sus will be rebuilt first,” he announced.

Lachin, one of the largest districts in Azerbaijan spanning 1,800 square kilometers, was occupied by Armenia's armed forces on May 18, 1992.

As a result of Armenian aggression, 264 people were killed, 65 were taken hostage, and 103 became disabled. Additionally, 18 out of the 24,374 children in the district aged from one to 16 were killed, 225 were wounded, and 1,071 children lost one parent and 31 children lost both parents. Over 65,000 forcibly displaced Azerbaijanis from the Lachin district were accommodated in 59 other cities and districts of Azerbaijan.

During the occupation of the Lachin district, 217 cultural centers, 142 health facilities, 133 offices and enterprises, 100 secondary schools, preschool institutions, five musical schools, one boarding school, one vocational school, and one communication center were looted and destroyed by Armenia's forces.

Armenia's forces destroyed more than 200 historical monuments of local and 54 monuments of world importance, including the Albanian Agoglan monastery (6th century), the tomb of Malik Azhdar (14th century), a mosque in the village of Garagishlag, and an ancient cemetery in the village of Zabukh. Lachin History Museum and an old collection of gold, silver and bronze coins were plundered. An exhibit from Lachin History Museum - a bag made of silver - was reportedly sold for $80,000 at Sotheby's in London.

The material damage caused to the area during the occupation is estimated to exceed $7.1 billion.

The Lachin district was the last of the three areas returned by Armenia to Azerbaijan as part of its obligations under the tripartite statement signed between Azerbaijan, Armenia and Russia on November 10, 2020. The larger portion of it, except the city of Lachin and the villages of Zabukh and Sus, was returned to Azerbaijan on December 1, 2020, after 28 years of illegal Armenian occupation. Like in Aghdam and Kalbajar, Armenians settled illegally in Lachin resorted to destructive activities by looting, tearing down, and even burning houses before departure.

Under the tripartite agreement, 5 kilometer-wide Lachin corridor, including the city of Lachin and two surrounding villages remained in the temporary monitoring zone of the Russian peacekeepers. These territories were due to return to Azerbaijan’s control after a new highway came into operation, connecting ethnic Armenians settled in Azerbaijan's Karabakh region with Armenia.

On August 11, the Azerbaijani government launched the new high-quality road bypassing Lachin city and connecting the part of Azerbaijan's Karabakh region populated by ethnic Armenians with Armenia. On August 26, Azerbaijan regained control over the city after all the Armenians illegally settled in Lachin and the villages of Sus and Zabukh left. 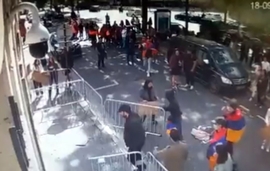