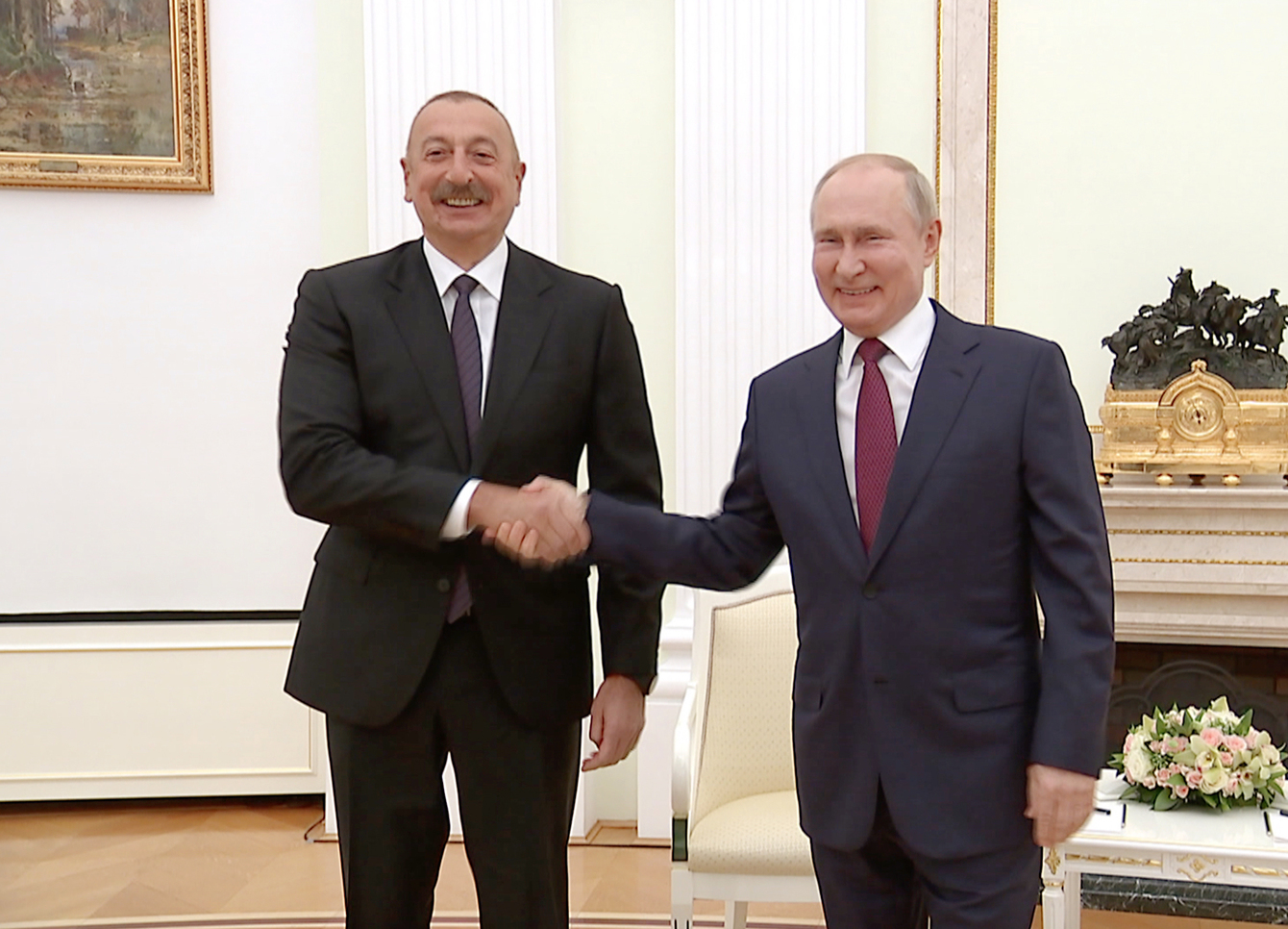 President Ilham Aliyev highlighted the joint efforts of Azerbaijan and Russia in the post-conflict period in the Karabakh (Garabagh) region, where a bloody war between Armenia and Azerbaijan took place last year.

President Aliyev expressed his gratitude to Vladimir Putin for personal participation in resolving important and sensitive issues that ensued after the war.

“We have been in constant contact over the past eight months since the end of hostilities. I think that our personal communication in Moscow in January and by phone have played a very important role in stabilizing the situation,” the Azerbaijani president said in a meeting with President Putin in Moscow on Tuesday. “We are determined to ensure that the post-conflict period is as painless as possible. I think we are succeeding in that by common efforts.”

Armenia and Azerbaijan have long been at odds over the latter’s Karabakh (Garabagh) region. On September 27, 2020, the decades-old conflict between the two countries spiraled after Armenia’s forces deployed in the occupied Azerbaijani lands shelled military positions and civilian settlements of Azerbaijan. During the counter-attack operations that lasted 44 days, Azerbaijani forces liberated over 300 settlements, including the cities of Jabrayil, Fuzuli, Zangilan, Gubadli and Shusha, from nearly 30-year-long illegal Armenian occupation.

The war ended in a tripartite statement signed on November 10 by Armenia, Azerbaijan, and Russia. Under the document, Armenia also returned the occupied Aghdam, Kalbajar and Lachin districts to Azerbaijan.

The tripartite agreement addressed the deployment of a Russian peacekeeping contingent consisting of 1,960 servicemen, 90 armored personnel carriers, and 380 units of an automobile and special equipment in the Karabakh region of Azerbaijan. The ongoing temporary mission of the peacekeepers in the region is scheduled for five years with the possibility of extension unless any of the signatory parties object to this extension six months before the expiration of the current period.

In January, President Putin received Azerbaijani and Armenian leaders in Moscow to discuss the post-conflict issues. The Russian president said the development of economy and transport infrastructure projects post-war were “extremely important” since it would benefit the nations of Azerbaijan, Armenia and Russia.

The statement signed by Azerbaijan, Armenia and Russia aims to change the dynamics of the region. Unblocking of transportation lines is a top priority, including a link between Azerbaijan’s mainland and its southwestern exclave of Nakhchivan via the multi-modal Zangazur corridor passing through modern-day Armenia’s territory. The corridor will lift blockade of Nakhchivan after more than three decades and also give Azerbaijan new access to the Turkish market through Nakhchivan, which shares a 15-kilometer border with Turkey.

The infrastructure development will allow Armenia to have railway access to Russia and Iran via Azerbaijan’s territory. Moreover, Russian and Turkish railway grids will be interconnected with the opening of regional transport connections.

The government of Azerbaijan has been implementing major infrastructure projects in the Karabakh region. Around $1.3 billion was allocated from this year's state budget for the region’s restoration. An airport is being built in the Fuzuli district. Two more airports are expected to come online in the districts of Zangilan and Kalbajar. Major highways, such as Fuzuli-Shusha, Toghanali-Kalbajar, Horadiz-Zangilan-Gubadli, as well as Horadiz-Aghband railway will significantly improve the region's transport grid after coming online.

President Aliyev said Baku was negotiating the restoration of the Zangazur corridor’s portion in Armenia’s Meghri district with Russia and initial discussions were positive. The entire railway network of Armenia is currently operated by the Russian Railways Company.

In June and July, the Armenian forces targeted the Azerbaijani positions in the Karabakh region and on the border around 20 times.