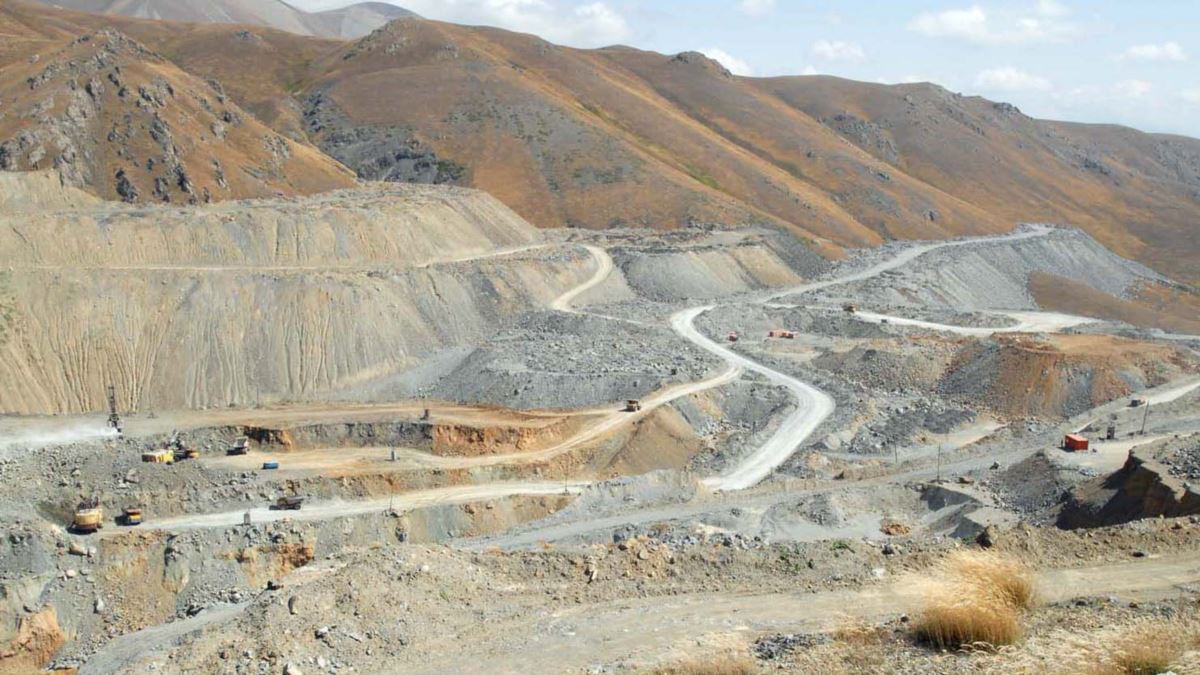 The Soyudlu goldfield in Kalbajar, Azerbaijan. The reserves of the deposit is estimated at over 112 tons of gold / Courtesy

The government of Azerbaijan is seeking compensation from foreign companies which illegally exploited the country’s gold mines in the Kalbajar and Zangilan districts once occupied by Armenia.

“As you know, foreign companies have been illegally exploiting our gold and other mines for many years. This is a crime,” Azerbaijani President Ilham Aliyev said in an interview with the Azerbaijan Television.

“These companies have two options: either they will pay us compensation and accept our terms or face the other alternative of resolving this issue in the legal plain,” he added.

President Aliyev further added that if these companies refuse to compensate for the damage voluntarily, their business reputation will be seriously damaged.

Azerbaijan’s investigation into the illicit use of the vast gold deposits in Kalbajar and Zangilan came on the heels of the liberation of these territories last year. The districts had remained under Armenia’s illegal occupation since the early 1990s when Armenia and Azerbaijan fought a bloody four-year war after the Soviet Union’s dissolution.

During the years of occupation, the Armenian-descent businessmen and entrepreneurs with close relations with the Armenian diaspora in France, Switzerland, and Canada had been involved in mining operations in the Azerbaijani lands.

Vast gold deposits and other natural resources in the occupied Azerbaijani districts were intensively exploited by various companies, including Vallex Group, Base Metals, Lydian International, GeoProMining, and Vedanta Group after their occupation by Armenia’s forces.

In 1997, Armenia’s Industry and Trade Ministry secured a $63 million contract with the Canadian First Dynasty Mines (FDM) Company to exploit the Soyudlu gold deposit in the Kalbajar district. Only in 2003-2004, 4.5 tons of pure gold have been produced there. The overall reserves of the Soyudlu deposit were estimated at over 112 tons. Before the occupation, about 27 tons of gold had been extracted from the gold mine.

Armenian companies and ethnic Armenians based overseas have also illegally extracted and traded the gold reserves in Soyudlu.

In 2010-2011, the Ararat Gold Recovery Company has reportedly extracted a total of 700 kilograms of gold annually in Azerbaijan’s gold mine. In addition, the Yerevan-based GeoProMining company had also been illegally operating the goldfields in Kalbajar since 2007.

Swiss tycoon, co-founder, and CEO of the Franck Muller luxury watch manufacturer company, Vartan Sirmakes, was also actively engaged in exploiting the gold deposits in Azerbaijan’s Kalbajar and Zangilan districts. The gold illegally mined in the Karabakh region was extensively used in the production of Frank Muller watches and sold on Swiss stock exchanges. Sirmakes had reportedly exploited gold worth $302 million in the Kalbajar and Zangilan districts of Azerbaijan.