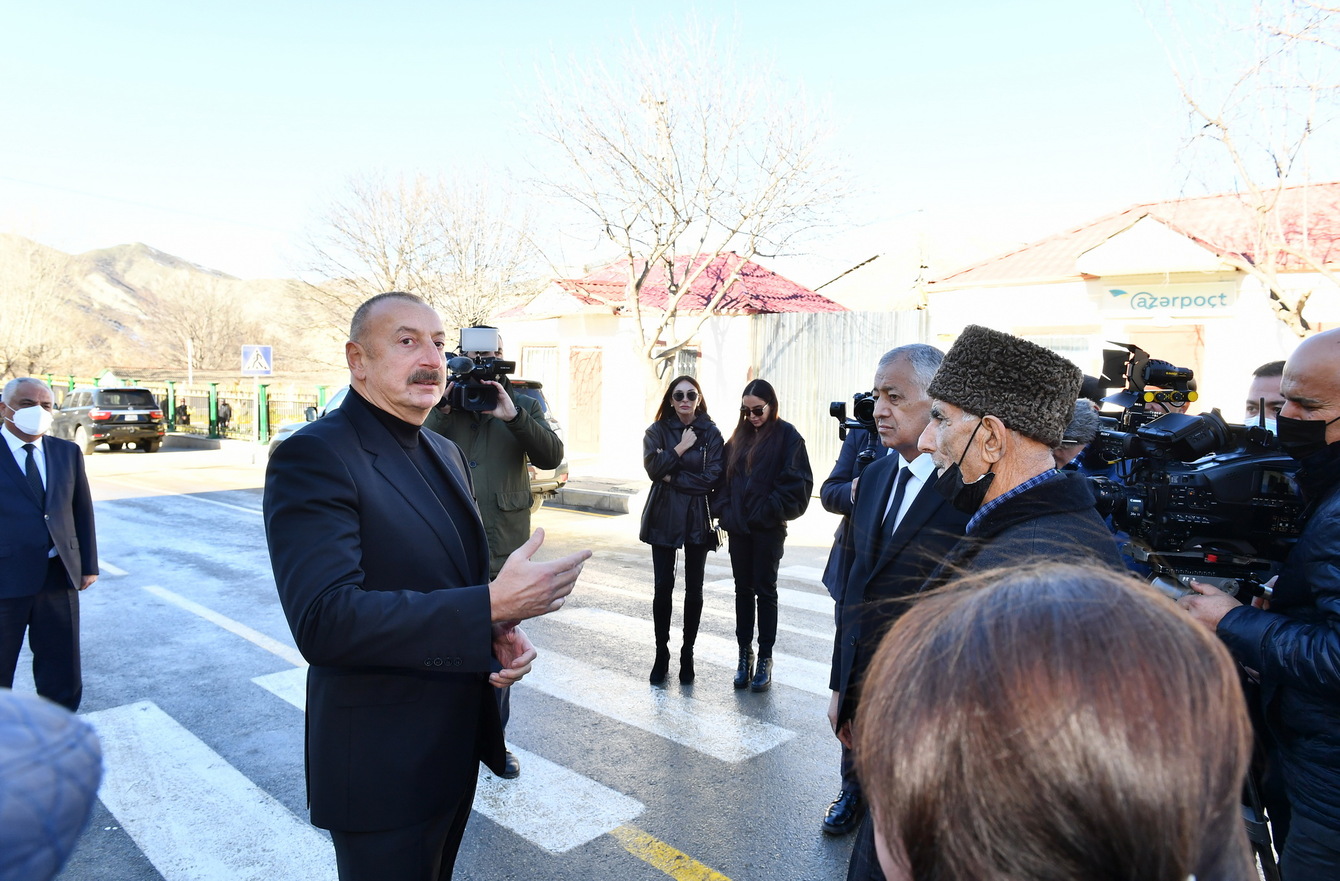 Azerbaijani President Ilham Aliyev has once again drawn attention to the matter of restoring transport links in the South Caucasus, a process that has stalled due to Armenian position.

President Aliyev called on Yerevan to abandon “insincere approaches” to the restoration of the transport links.

“I have repeatedly appealed to them [Armenian authorities], saying that they must accept our conditions and put an end to any insincere approaches to roads and communications,” he said, President.Az reports. “If this happens, then all the peoples of the South Caucasus will live in peace and tranquility.”

President Aliyev spoke specifically about the Zangazur corridor, a multi-modal transport route to directly connect the southwestern Nakhchivan exclave of Azerbaijan with the country’s mainland. He said there should be a timetable for this corridor’s opening, which has been lagging despite documented agreements between Baku and Yerevan.

“It would be better if this issue were resolved constructively through negotiations and mutual understanding. Because the second Karabakh war showed the resolve, strength and unity of our people to the whole world,” he noted.

Zangazur historically was an Azerbaijani region that now forms the southern part of modern-day Armenia and a portion of the territory of Azerbaijan in the country’s Zangilan, Gubadli, Jabrayil, Lachin, and Kalbajar districts. Shortly after the Bolshevik forces subjugated the Azerbaijan Democratic Republic on April 28, 1920, a significant part of the Zangazur region was ceded to the newly-established Armenian Soviet Socialist Republic on November 30, 1920. As a result, Nakhchivan, which borders Zangazur, became an exclave separated from the Azerbaijani mainland.

Following the Soviet Union’s dissolution in 1991, Armenia launched a full-blown military aggression against Azerbaijan. The bloody war lasted until a ceasefire in 1994 and saw Armenia occupying 20 percent of Azerbaijan’s internationally recognized territories. Over 30,000 Azerbaijanis were killed, and one million were expelled from those lands in a brutal ethnic cleansing policy conducted by Armenia. As a result of the war between Armenia and Azerbaijan in the early 1990s, Nakhchivan became fully isolated from the Azerbaijani mainland after Armenia closed energy, electricity, and transport connections, including highways and railways to and from the region.

On September 27, 2020, the decades-old conflict between Armenia and Azerbaijan spiraled after Armenia’s forces deployed in the occupied Azerbaijani lands shelled military positions and civilian settlements of Azerbaijan. During the counter-attack operations that lasted 44 days, Azerbaijani forces liberated over 300 settlements, including the cities of Jabrayil, Fuzuli, Zangilan, Gubadli, and Shusha, from nearly 30-year-long illegal Armenian occupation. The war ended in a tripartite statement signed on November 10 by Armenia, Azerbaijan and Russia. Under the statement, Armenia also returned the occupied Aghdam, Kalbajar, and Lachin districts to Azerbaijan.

The liberation of Azerbaijan’s lands has opened up ample opportunities to reshape the regional economy, trade and transportation. The tripartite statement called for the implementation of various issues of regional significance, including the restoration of all economic and transport links. In addition, on January 11, 2021, Azerbaijan, Armenia and Russia signed a statement in relation to the unblocking of all economic and transport communications in the region. The most recent trilateral discussions of the issue took place in the Sochi city of Russia on November 26, 2021, where the sides agreed to proceed with the necessary measures aimed at unfreezing regional communications.

Government officials in Azerbaijan are convinced that such regional transportation projects, including the Zangazur corridor, could foster peace and cooperation and bring new opportunities. In contrast, the authorities of Yerevan have been insisting that the trilateral statement of November 10, 2020, does not imply the opening of the Zangazur corridor, and refuse to discuss the project. Armenian Prime Minister Pashinyan earlier said that for Armenia, the topic of the corridor was closed.

According to some analysts, the corridor will not only restore the historical direct connection between Azerbaijan’s mainland and its exclave of Nakhchivan but will also form an important link in the East-West and North-South transport corridors. The launch of the multi-modal corridor is said to benefit all regional countries and contribute to the Eurasian trade and transport communications that incorporate the regional economies with a nominal GDP of $1.1 trillion.

Chinese authorities have lauded the Zangazur corridor as an important contributor to the implementation of Beijing's multi-trillion-dollar intercontinental Belt and Road Initiative. The corridor is also expected to help the European Union ensure reliable and secure logistics corridors inside and outside the Eastern Partnership region, which includes Armenia and Azerbaijan.