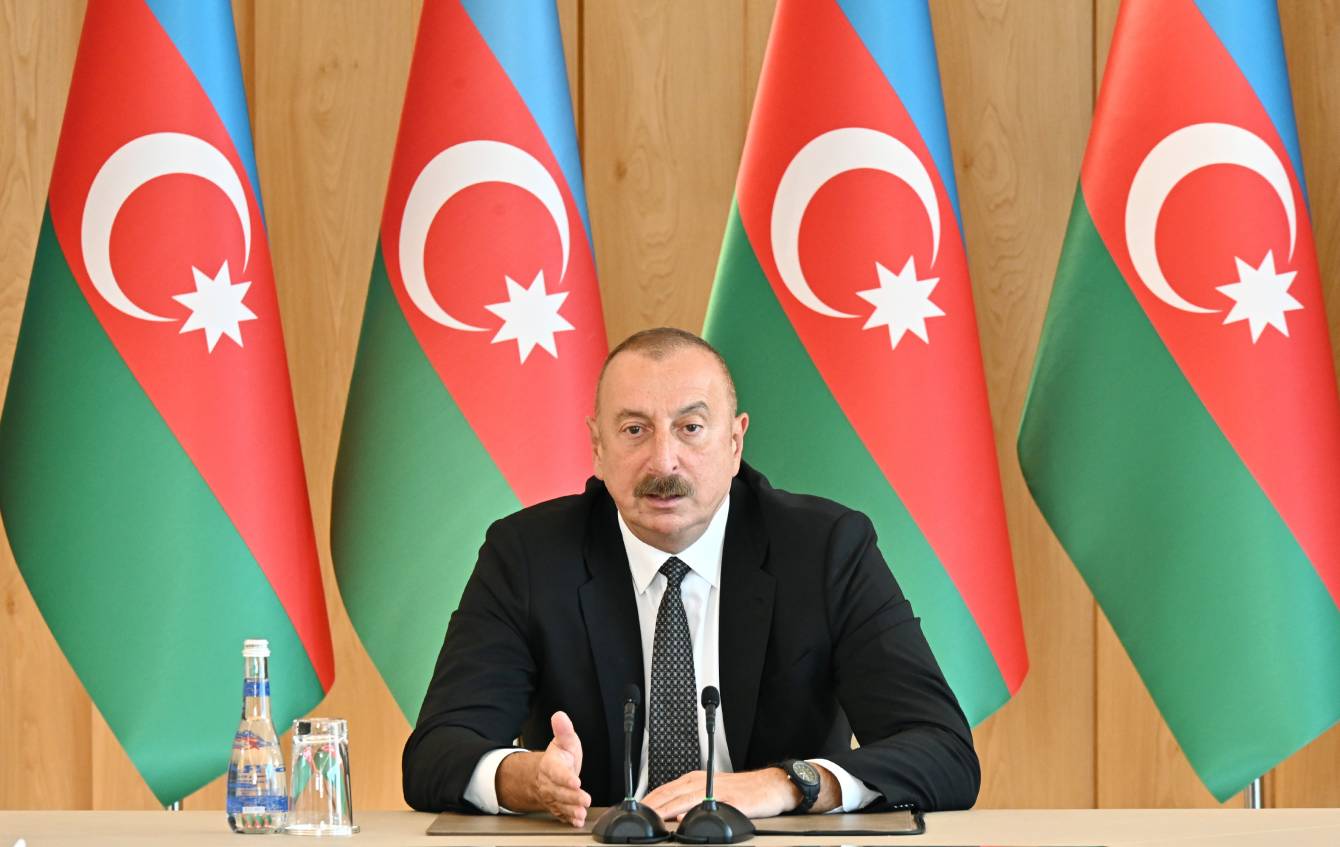 President Ilham Aliyev chaired a meeting on the results of six months of this year in Baku, Azerbaijan, July 15, 2022 / President.Az

Azerbaijan’s President Ilham Aliyev has accused the Armenian authorities of refusing to address issues specified in the statement, which was signed by Azerbaijan, Armenia, and Russia to end the 2020 Second Karabakh War between the two countries.

The president particularly highlighted Article 4, which states that the Armenian armed formations must withdraw from Azerbaijan’s Karabakh region.

“This issue has not been resolved to this day. We have raised this issue many times, but Armenia keeps delaying it. At the same time, we raised this issue with the Russian military leadership, and a high-ranking official of the Russian Defense Ministry, while on a visit to Azerbaijan a few months ago, promised to our Defense Ministry that Armenian armed forces would withdraw from Karabakh by June,” President Aliyev was quoted as saying by his press service.

He added that although it is mid-July now, the issue has not been resolved yet. According to him, Russia's peacekeeping contingent temporarily stationed in some parts of the Karabakh region has not been forcing Armenia to pull its troops out of the territories of Azerbaijan, as well.

“Of course, this is an intolerable situation because it is completely unacceptable for Armenian armed forces to remain on the territory of Azerbaijan. [...] If Armenia does not intend to withdraw its armed forces from the territory of Azerbaijan, then it should let us know this in clear terms, and we will consider our further actions. What will be our response? It would probably be inappropriate to say it now, but this is a flagrant violation of the 10 November Declaration,” President Aliyev said.

Just days after the ceasefire came into force, Armenian detachments hiding in the forests around the Khojavand district of Azerbaijan committed two deadly attacks, killing four Azerbaijani servicemen and a civilian.

In November 2021, a group of people led by an ethnic Armenian, Norayr Mirzoyan, threw an RGD-5 anti-personnel fragmentation grenade at the servicemen of the Azerbaijan Armed Forces and Russian peacekeepers stationed in the area near the Dashalti village of Shusha city. As a result of the incident motivated by “ethnic hatred”, three Azerbaijani servicemen received various degrees of injuries. Mirzoyan was captured by the Russian peacekeepers on the spot and was reportedly released without being sued.