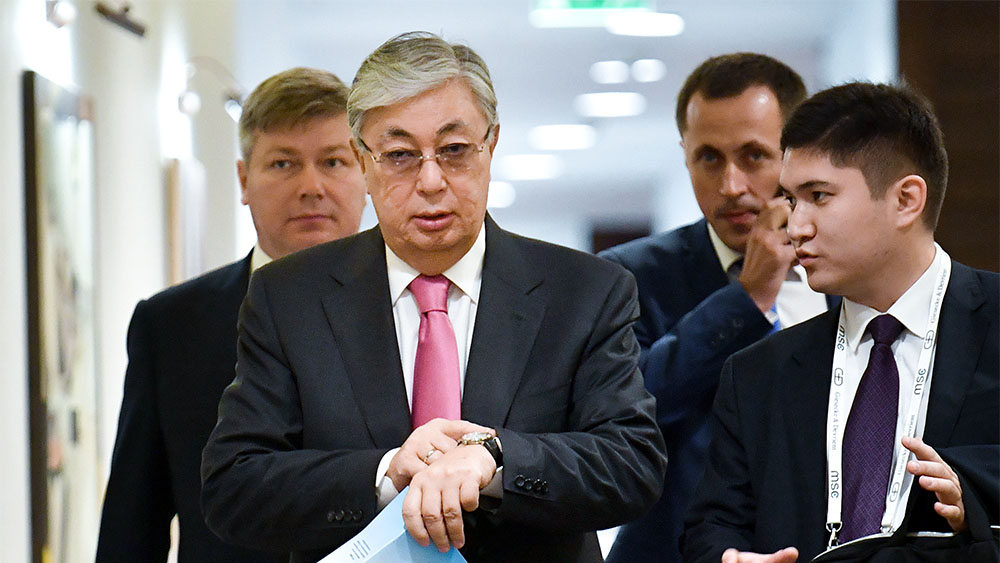 President Kassym-Jomart Tokayev ratified Tuesday a milestone trade agreement that had been signed between Beijing and the Eurasian Economic Union (EAEU).

Kazakhstan is making a push to partner with neighboring China, after the Caspian country’s President Kassym-Jomart Tokayev ratified a landmark trade agreement between Beijing and the Eurasian Economic Union (EAEU) on Tuesday.

The agreement, which was inked last year during an economic forum in Nur-Sultan (formerly known as Astana) is meant to give a boost to trade between the EAEU – a trade bloc comprised of Russia, Kazakhstan, Belarus, Kyrgyzstan and Armenia – and what is the world’s second largest economy, namely China. The trade agreement addresses sectors like agriculture, energy, transport, industrial cooperation, technology and innovation, finance and the environment.

At the same time, the pact does not call for cancelling or reducing tariffs.

“The agreement provides for timely informing the parties about the measures taken that may restrict mutual trade,” said Ruslan Dalenov, who heads Kazakhstan’s economic ministry, according to reports by Inbusiness.

The trade deal is expected, however, to simplify procedures for technical regulation, sanitary and phytosanitary measures, issues of customs cooperation, and the protection of intellectual property rights between China and EAEU member states.

Over 40 countries and international organizations have expressed interest in a free trade deal with the EAEU, including Israel, Indonesia and some South American countries. The trade bloc has already held negotiations with South Korea, Egypt and India, and just last year it signed an interim agreement to establish a free trade zone with Iran.

Meanwhile, officials in Nur-Sultan believe the agreement ratified this week will boost innovation, investment attractiveness and competitiveness of Kazakhstan and China.

“Since China is ranked one of the Kazakhstan’s main trading partners, the development of the contractual base will help strengthen trade and economic cooperation between the two countries,” Dalenov said earlier this month.

Trade and investment connections between Kazakhstan and China run deep. After almost 28 years of Kazakhstani independence from the USSR, China has invested $16 billion in what is Central Asia’s largest economy. And China is considered Kazakhstan’s second-largest trade partner, just behind Russia, as trade between the two countries totaled $11.6 billion in 2018.

But trade is not the only thing that binds the two giant neighbors. Kazakhstan is betting on China’s global mega-logistics project known as the Belt and Road Initiative – a series of water and land routes across Asia and Africa that better connect their markets to Europe.

China sees what is the world’s ninth largest country in size as a gateway to western markets. In 2015, the two sides agreed to link Kazakhstan’s railways to the project, and Beijing has already incorporated the capital city, Nur-Sultan, into the Belt and Road Initiative.