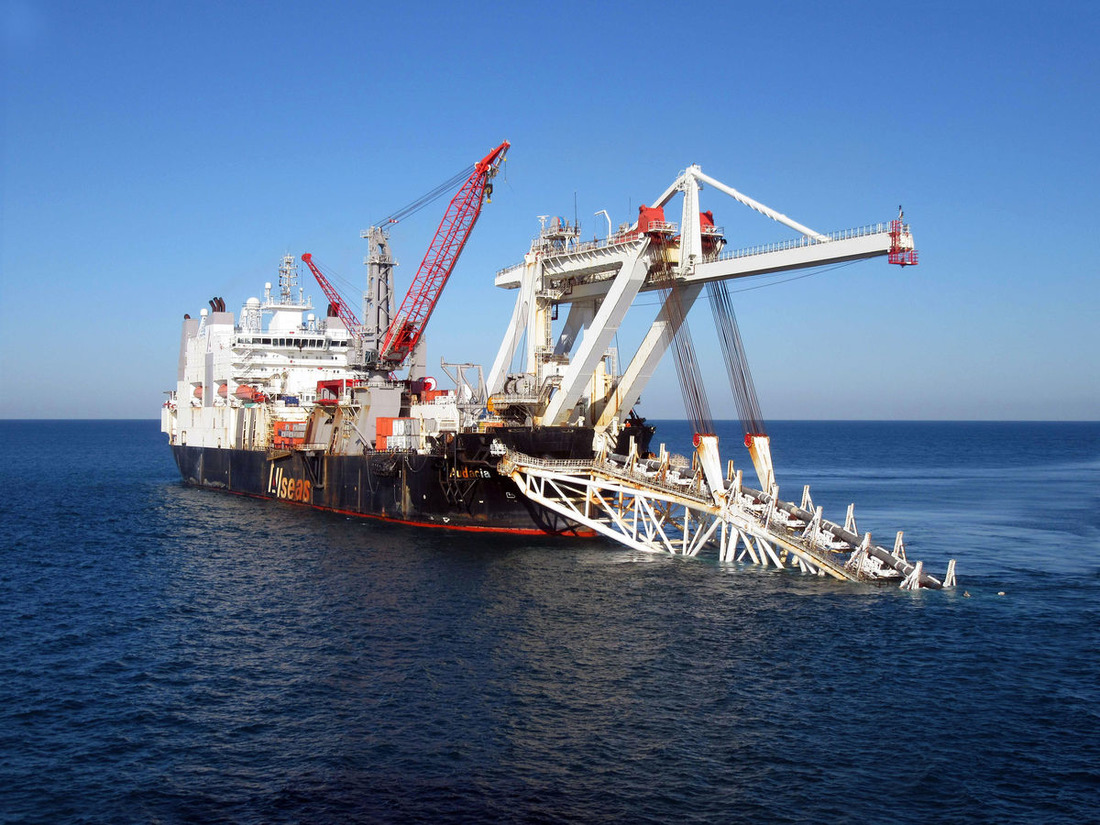 Poland is tightening the screws on Russia by threatening to hamper the construction of the Nord Stream 2 underwater gas pipeline, which would increase Russian energy exports to Europe by way of Germany, in an effort to force Russia's Gazprom to pay the $1.5 billion fee imposed under the ruling of the Stockholm Arbitrage.

In an interview with Polish news magazine Wprost, Poland's Deputy State Assets Minister Janusz Kowalski voiced Warsaw's readiness to seize the European assets of the Nord Stream project to force the Russian energy giant to comply with the decision of the arbitration tribunal in Stockholm.

"If the Russians still do not respect the law, then it is a good idea to seize assets of Nord Stream and Nord Stream 2," Kowalski said, recalling the long-standing dispute between Russia's Gazprom and Ukraine's Naftogaz that resulting in a ruling calling for the Russian energy giant to pay $2.6 billion.

"It may, in turn, delay the implementation of the Nord Stream 2 project," Kowalski added.

After a five-year dispute between Poland's state-owned energy company PGNiG and key gas provider Gazprom, Stockholm Arbitrage in late March required Gazprom to pay $1.5 billion for overcharging PGNiG since 2014. Along with the payment, the tribunal ruled that a gas pricing formula in PGNiG’s long-term deal with Gazprom should be pegged to market prices in Western Europe.

Although the ruling resolving the dispute came in favor of Poland’s leading gas firm, Gazprom had reportedly issued invoices for gas deliveries to Poland under old conditions that had been in effect before the ruling of the Stockholm arbitration court. According to the Polish company, Gazprom failed to meet new price conditions on its invoices for gas deliveries in March and the first half of April.

Earlier, Russia's Gazprom said that it was studying the ruling of the Stockholm Arbitration on reviewing Russian gas prices for PGNiG, adding that it was too early to give any estimate of the amount of the possible pay-off.

Poland, which is increasingly positioning itself as Russia’s geopolitical opponent, has been working to reduce its dependence on Russian energy sources. As the country's natural gas production covers around 25 percent of Polish demand, the Polish government are moving forward with striking long-term contracts for deliveries of liquefied natural gas from the United States, Qatar and other countries, as well as developing a new pipeline with Norway for deliveries from the North Sea.

Alexander Perov, the head of special projects of National Energy Security Fund, told Russian news website Baltnews that Poland's bold statement is based on the government's intent to terminate the deal with Gazprom when it expires in 2020.

"The Poles are now in a slightly different situation," Perov said. "The thing is that Poland intends to completely abandon Russian gas, so they can now behave more boldly with our gas monopolist."

"Anyway, Gazprom will be forced to settle for Polish claims, because there is an agreement, and Gazprom is obliged to comply with it. The second question is how they will come to an arrangement. It is quite conceivable that we will not see Gazprom return this one and a half billion," Perov concluded.

The 1,200-kilometer long Nord Stream 2, designed to deliver additional 55 billion cubic meters (or 2 trillion cubic feet) of Russian natural gas per year to Europe through the Baltic Sea and bypass overland routes crossing through Ukraine and Poland, is now facing opposition. The Gazprom-owned pipeline was expected to be finished by the end of last year, but delays caused by Denmark and sanctions imposed by the US on certain firms building Nord Stream 2 could potentially derail its completion.