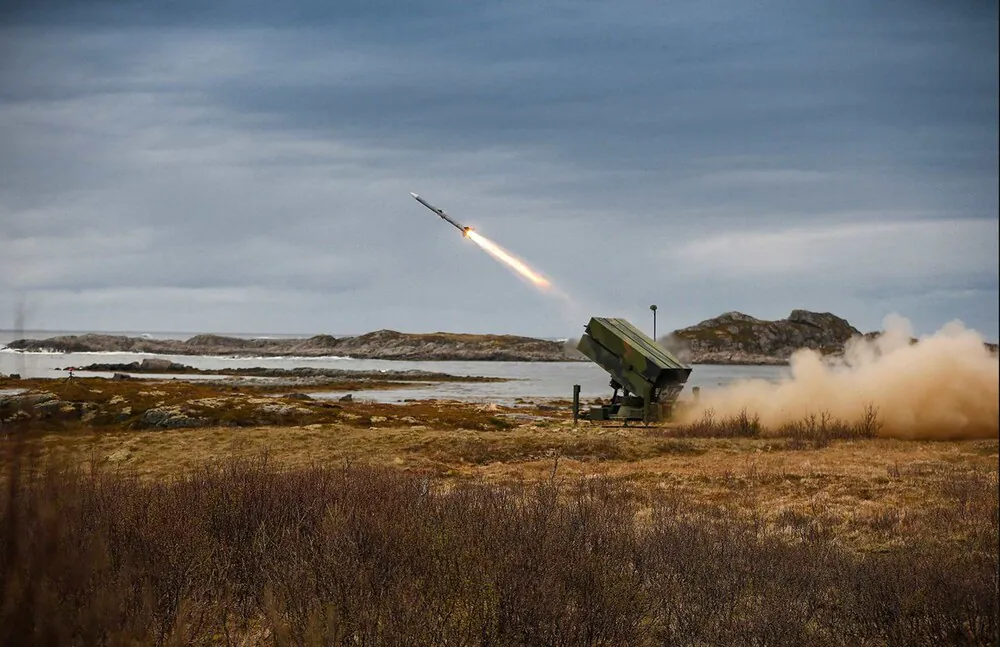 The US Department of Defense announced in a press release issued on Wednesday that the Pentagon sealed a deal with the US manufacturer Raytheon Technologies to purchase six National Advanced Surface-to-Air Missile Systems, a.k.a. NASAMS, worth over 1,2 billion.

“Raytheon Co., Tewksbury, Massachusetts, was awarded a $1,216,207,829 firm-fixed-price contract for the procurement of National Advanced Surface-to-Air Missile Systems, associated equipment, services and spares in support of the efforts in Ukraine,” the press release read.

The Pentagon added that work would be performed in Tewksbury, Massachusetts, with an estimated completion date of November 28, 2025. The six NASAMS systems will be supplied to Ukraine as a part of the fifth package of security assistance initiatives, worth $2.98 billion, announced on August 24.

In early November, the US Defense Department announced that the country would provide Ukraine with eight NASAMS and associated munitions to strengthen the country's air defense. Two of those systems were shipped to Ukraine and put into service there in November, while six more are to be provided later.

NASAMS is a highly adaptable mid-range ground-based air defense system that can maximize the ability to identify, engage and destroy current and evolving enemy aircraft, unmanned aerial vehicles and emerging cruise missile threats. The system can engage 72 targets simultaneously in active and passive modes and, using active seeker missiles, can intercept targets beyond visual range. The NASAMS is armed with three launchers, each carrying up to six missiles.

The deployment of NASAMS complexes will allow Ukraine to create a shield over some parts of its territory.

Meanwhile, Russian authorities have repeatedly criticized western nations for their military assistance to Ukraine, arguing that the aid is not only fueling the conflict but also boosting the risk of direct confrontation between Russia and NATO powers.

Amid mounting tensions between the two nuclear powers, Moscow unilaterally postponed a technical meeting with US officials on the New Strategic Arms Reduction Treaty. The talks of the New START Bilateral Consultative Commission were scheduled for this week in Cairo.

Maria Zakharova, a spokeswoman for Russia's Foreign Ministry, linked the decision to postpone the meeting to Washington’s weapons supplies to Ukraine, arguing that the meeting requires “appropriate conditions.”

“The United States of America intends to supply even more weapons to the conflict region, in which the Russian Federation is directly involved,” Zakharova said in an interview with Sputnik radio on Wednesday. “So, they will supply all these weapons, they will incite the Kyiv regime to even more bloodshed, they will allocate money for extremist activities that are conducted under the auspices of these inadequate people on Bankova (street where the Ukrainian president's office is located), and we will sit at the same table with them and discuss issues of mutual security with them, including in their interests?”

The New START treaty limits all deployed intercontinental-range nuclear weapons by Russia and the US and requires both countries to allow on-site inspections of their nuclear weapons-related facilities by the other. Originally signed by former US President Barack Obama and former Russian President Dmitry Medvedev in 2010, the treaty was extended by five years in February 2021 during the first weeks of Joe Biden’s presidency. Currently, it is the only one left regulating the two largest nuclear arsenals in the world.

The mutual inspections of nuclear weapons-related facilities were paused in March 2020 due to the COVID-19 pandemic and formally suspended by Moscow in August 2022, after Washington attempted to resume the inspections. The Kremlin back then claimed that the tough confrontation between Russia and the United States over the war in Ukraine had hampered similar tours of US facilities by Russia. Russia’s Foreign Ministry explained that the ban on flights from Russia to the US and allied countries and visa restrictions made it impossible for Russian inspectors to travel to the US.