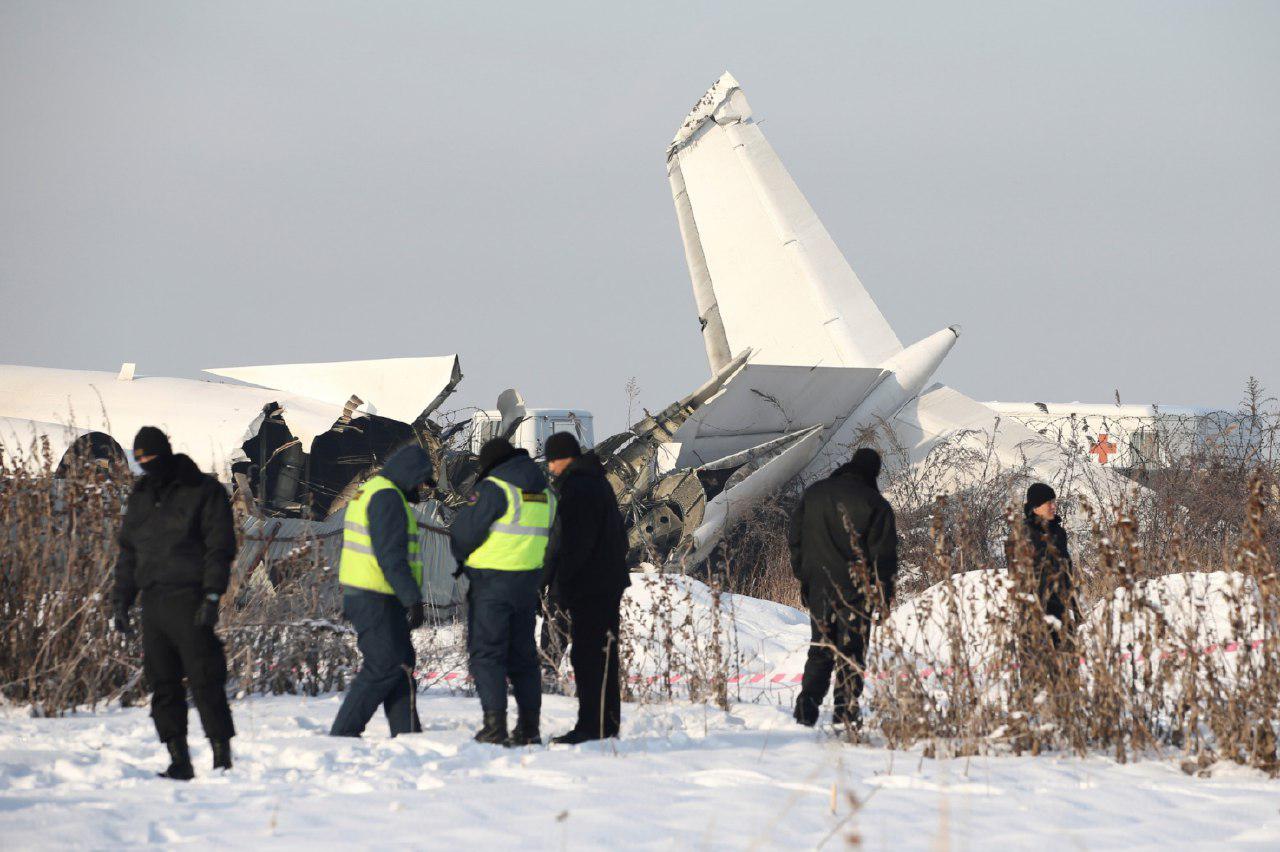 The Fokker 100 medium-sized twin-turbofan aircraft, operated by Kazakhstan-based airline Bek Air, plunged into a private house near Almaty-based airport about 19 seconds after take-off from the airport on Friday morning, according to the data provided by Flightradar24. / Echo Kazakhstana

At least 15 people have died after a passenger plane crashed into a house near the city of Almaty in Kazakhstan. The plane was carrying 93 passengers and five crew members, local officials say.

The Fokker 100 medium-sized twin-turbofan aircraft, operated by Kazakhstan-based airline Bek Air, plunged into a private house near Almaty-based airport about 19 seconds after take-off from the airport on Friday morning, according to the data provided by Flightradar24. Reportedly, no residents were in the house when the plane crashed.

The plane had been scheduled to fly from Almaty, the country’s largest city, to the capital city of Nur-Sultan, 969km (602 miles) north of Almaty. Along with Kazakhstanis, residents of Ukraine, China, and Kyrgyzstan were aboard the plane.

“The aircraft smashed into two parts and most of those [sitting] in the bow died,” the country’s deputy prime minister Roman Sklyar said Friday addressing a press conference in Almaty, according to a report by Tengrinews.

According to the Almaty public healthcare department, at least 15 people had been killed, while 66 people, including eight children, had been taken to hospitals with various degrees of injuries, of which 17 were in “extremely serious condition.”

Kazakh authorities are considering “pilot error or technical malfunction” as a possible cause of the crash. According to Sklyar, the plane’s tail touched the runway twice before taking off.

“Then the plane turned right at the end of the runway, while the landing gear was already removed by this time and the aircraft was trying to take off,” he said Friday.

The country’s interior ministry launched an investigation into the accident, while Kazakhstan President Kassym-Jomart Tokayev declared December 28 a national day of mourning. The head of the country also expressed condolences to the families of the victims.

“I express my deepest condolences to the families and friends of those deceased following the plane crash near Almaty this morning,” read a message posted on Tokayev’s official Twitter account on December 27. “All perpetrators will face severe punishment in accordance with the law.”

Meanwhile, all flights using the Fokker 100 aircraft, as well as Bek Air’s activities have been temporarily suspended. The aircraft of this model had been manufactured by the Dutch company Fokker until 1997 when it went bankrupt. The jet that crashed near Almaty was manufactured in 1996 and its certificate of airworthiness was prolonged in 2019.

Established in 1999, Bek Air was the first Kazakhstani low-cost airline to operate inbound flights. As of today, the company provides domestic flights to and from several Kazakhstani cities, including Nur-Sultan and Almaty, as well as connects the Central Asian country with Moscow, St. Petersburg, as well as the United Arab Emirates, Turkey, Mongolia, and China.