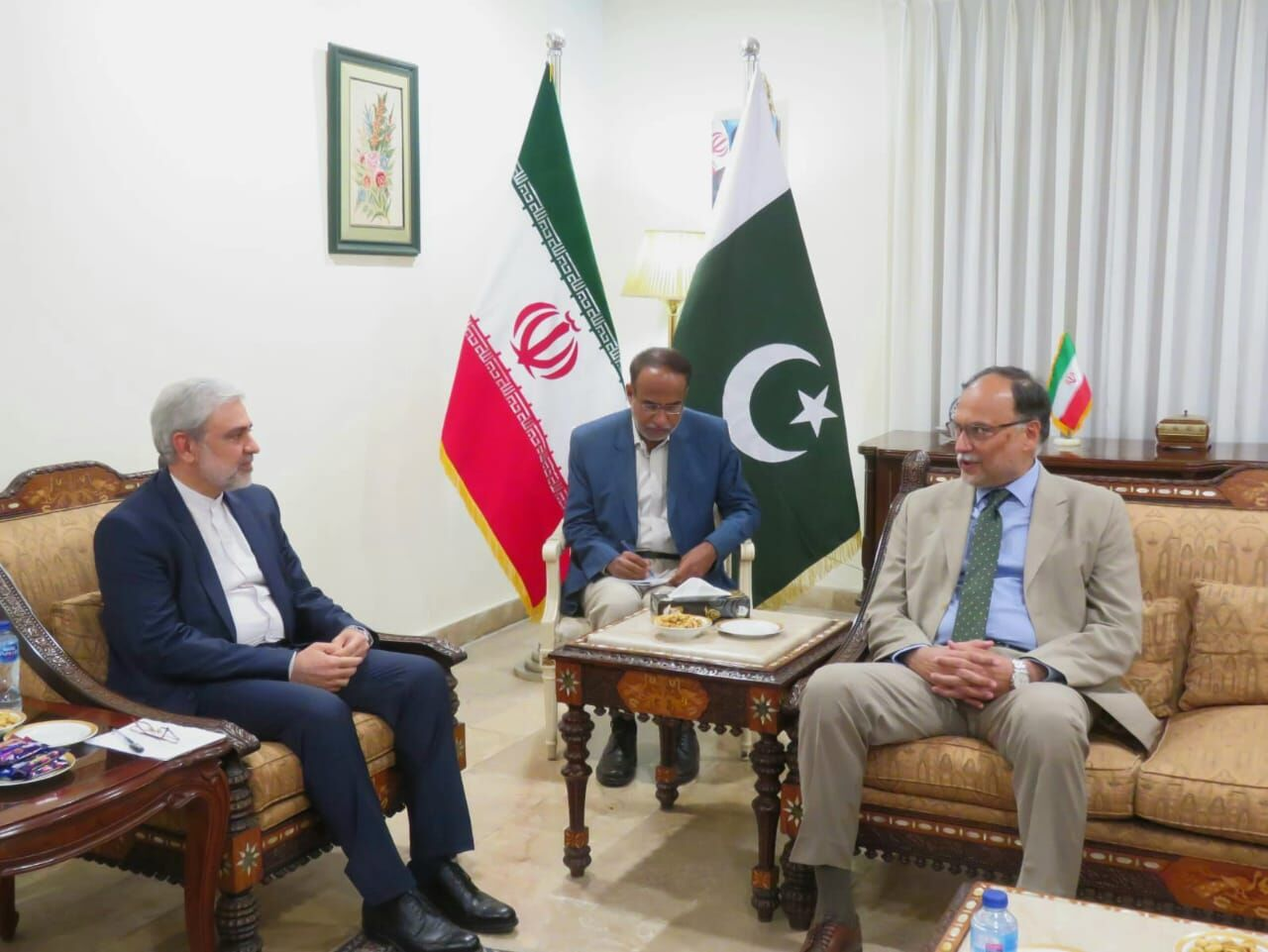 Pakistan’s Minister of Development and Planning Ahsan Iqbal has requested more electricity exports from Iran amid the ongoing energy crisis.

Iqbal requested Iranian Ambassador Mohammad Ali Hosseini to expand energy cooperation between Pakistan and Iran during a meeting in Islamabad, especially to increase the export of electricity by 100 MW in addition to the current 104 MW of electricity from Iran to Baluchistan province, The Express Tribune reported on June 7.

"We are trying to provide electricity to Balochistan province, including Makran coast, with the help of neighbouring and brother country of Iran," the minister said.

For his part, Hosseini emphasized the development of cooperation between the two countries, and announced Tehran's readiness to supply electricity to Balochistan.

He also proposed bilateral cooperation and establishing a joint science and technology park on the common border, and expressed readiness to exchange experiences and educate young people in the field of technology and knowledge-based technologies on behalf of Iran.

Petrol prices and electricity tariffs have recently increased in Pakistan, and additionally, the electricity shortage has reached over 7,000 MW. The country’s overall power generation was recorded at 20,000 megawatts while consumption was over 27,200.

“There is an option whether to protect the political interests of the government or save the country from default and we have decided to protect the state’s interests,” Pakistani Finance Minister Miftah Ismail said.

According to Miftah Ismail, this decision will save the country from looming default.

Amid the mounting financial troubles, Pakistan agreed to a range of demands by the International Monetary Fund (IMF) and implement economic reforms to secure funds in order to deal with the crisis.

The country's current account deficit stands at $13.2 billion, putting the country's currency at a record low against the US dollar in mid-May. Pakistan’s foreign exchange reserves have also been steadily declining. They currently stand at $16.161 billion, dropping from $21.44 billion on 18 March.

Earlier, the CEO of the National Iranian Gas Company, Majid Chegeni, said on May 26 that Iran would start negotiations for selling its gas to Pakistan, but added that the two sides “are still at the beginning of negotiations and no special action has been taken".