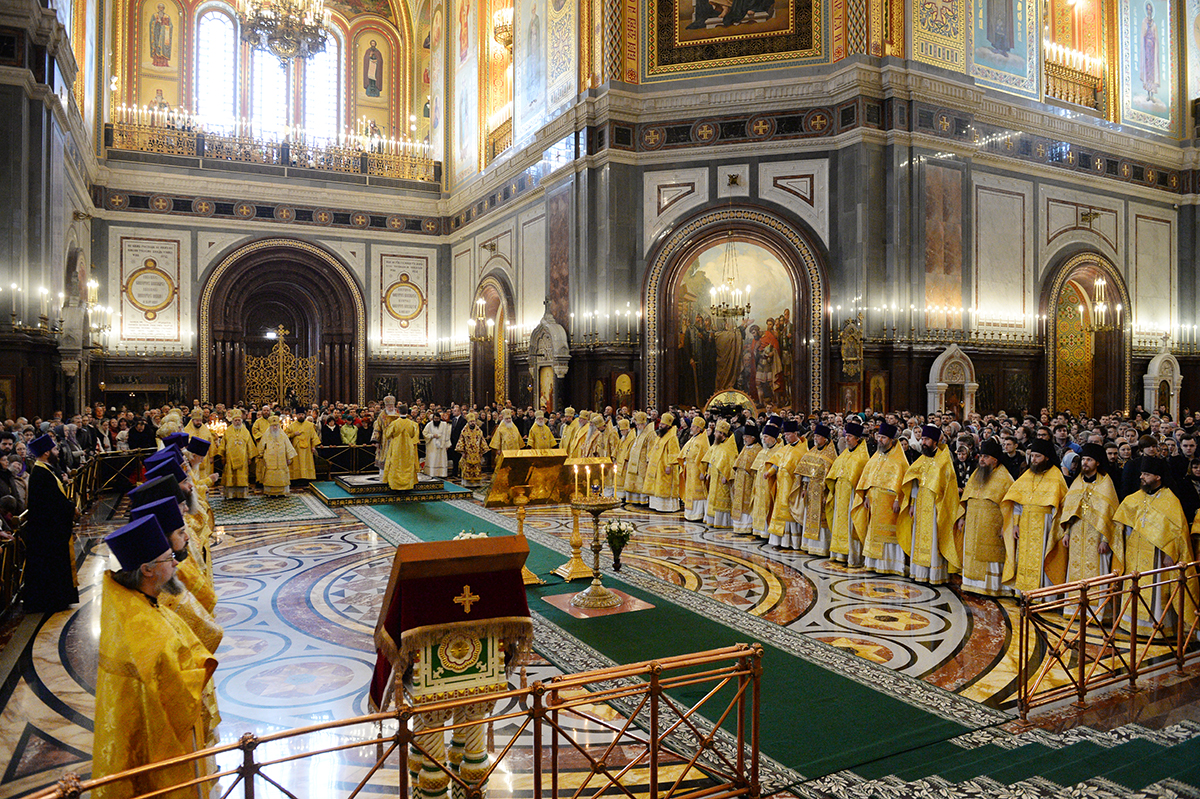 Roughly 2.3 million Orthodox Christians flocked to temples across the country where the people joined in festive processions at midnight on Christmas Eve, singing hymns and participating in a liturgy.

As one of the most important holidays for Christians, Orthodox Christmas brought together believers to commemorate the birth of Jesus, Christianity’s central figure, and mark the end of forty-day fasting. Roughly 2.3 million Orthodox Christians flocked to temples across the country where the people joined in festive processions at midnight on Christmas Eve, singing hymns and participating in a liturgy.

“On the night of January 7, about 2.3 million people took part in events dedicated to the celebration of the nativity of Christ,” RIA Novosti quoted Irina Volk, a spokesperson for Russia's Interior Ministry, as saying on January 7. “Solemn services in churches, temples and monasteries were held in 5,700 cities and towns of the Russian Federation.”

Along with the Russian Orthodox Church, several other Orthodox churches, Athos monasteries, as well as many Eastern Catholics and some Protestants, who adhere to the Julian calendar, celebrate Christmas Day on the night of January 7.

Christmas is seen as the manifestation of a holy power that helps to strengthen unity amongst people. During this holiday, Christians in Russia, which account for 75 percent of its population, congregated to pray, enjoy a big feast with family, give gifts to one another, and decorate homes with figures of angels, stars, and nativity scenes.

Russian Christmas celebrations traditionally start on Christmas Eve called “Sochyelnik,” which signifies the end of the strict Nativity Fast, one of four main fast periods throughout the ecclesiastical year that gives observant Christians the opportunity to prepare for Christmas, also known as the feast of the birth of Jesus.

After dark, once the fast is broken, families return home from church and break the fast by enjoying a lavish meal with family and friends. Traditionally, various pickled items are served, including gherkins, pickled mushrooms, sauerkraut, and pickled apples. Other traditional dishes include pies meat, mushroom, fish, or vegetable fillings.

In today's Russia, however, Christmas meals are eclectic and varied, with some families following tradition and others choosing entirely different dishes. Some Russians do not follow the fast or attend church, but still celebrate Christmas, viewing the holiday as a celebration of love, acceptance, and tolerance.