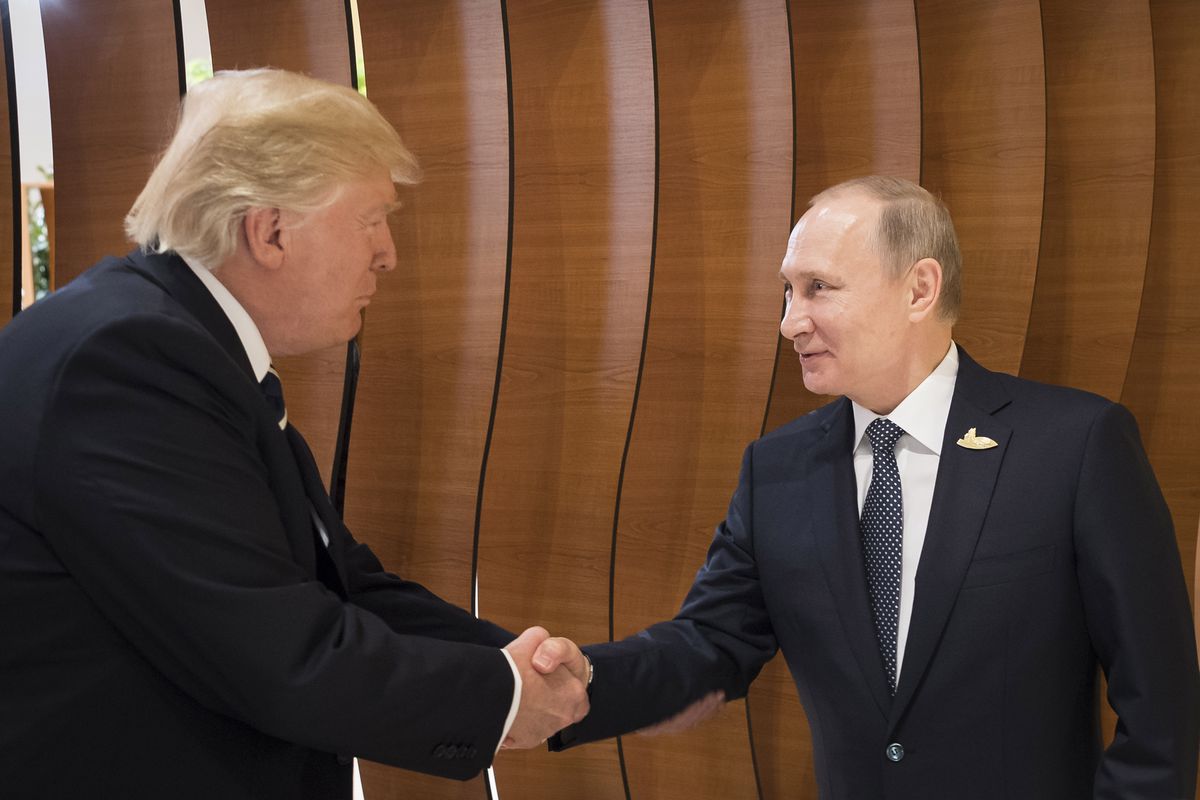 Yesterday marked one year since Donald J. Trump was elected the 45th President of the United States, and the beginning of what has been an ongoing investigation into alleged election meddling by Russia.

Despite claims made by U.S. security agencies and legislative bodies that they have evidence Russia had its thumb on the scales, some analysts and experts from the Caspian region remain unconvinced.

“In the time of modern technologies, there are no obstacles to demonstrate and prove any intervention related to cyberspace. However, our Western partners preferred a large number of accusations rather than disclosure of evidence,” Denis Denisov, Director of the Institute of Peace Initiatives and Conflict Studies in Moscow, told Caspian News.

“As an expert, I would like to see at least one piece of evidence that proves Russian involvement in the presidential election process in the U.S.”

Trump’s election victory was as much of a shock to the world as it was to Americans who expected Democratic nominee Hillary Clinton to win what was an unprecedented political race. Clinton had been leading in the polls right up until election day, on November 8. 2016.

That Clinton, who had been no friend to Russia during her time in the U.S. Senate and tenure as U.S. Secretary of State, was not the Kremlin’s preferred candidate was no secret. But as soon as the results of the election came in, it has triggered ardent debates over Russia’s ability to influence American voters by leveraging social media and its algorithms used to aggregate and promote news content.

"It's hard to say exactly which of the parties is right, but it was absolutely obvious that the Russian government, led by President Vladimir Putin, was more amicable towards Trump rather his opponent Clinton," said Azerbaijani Political expert Elkhan Shahinoglu.

"Obviously, Russian predisposition towards Trump was dictated by his election campaign, which was aimed at building friendly relations with Russia and its president, Putin,” Sahinoglu said.

Suspicions of Russian interference reach back to September 2015, when the Federal Bureau of Investigation (FBI) claimed that the Democratic National Committee’s computer systems had been breached by Russian hackers. One year later, Dianne Feinstein and Adam Schiff, both ranking members of the Senate and House Intelligence Committees, said they had received information during congressional briefings that led them to believe Russian intelligence agencies were carrying out a plan to interfere with the election.

On October 7, 2016, the U.S. Department of Homeland Security and Office of the Director of National Intelligence issued a joint statement expressing they were “confident that the Russian Government directed the recent compromises of e-mails from US persons and institutions.”

After the election, The Washington Post reported that the Central Intelligence Agency (CIA) had assessed Russia had a hand in helping Trump win the White House.

Denis Denisov believes that the reason for negative attitudes towards Russia stems from a global propaganda campaign initiated by Western powers. His theory does not stop with the U.S. and the 2016 presidential election, as Russia has also been accused of meddling in the BREXIT vote, which took place on June 23 of the same year.

While leveraging social media and exploiting news content may be unpalatable – even unethical – analysts argue it is not illegal.

"Placing an advertisement on Facebook or Twitter is not prohibited by law, or internal rules of these social networks,” said Denisov.

“Besides, these tools are frequently used by a huge number of states in the modern world," he added, referring to digital information campaigns directly managed by local, state, and national governments to promote their policies and positions.

One such example of a government agency using social media and the Internet is the U.S. State Department’s “virtual embassy” for Iran. The U.S. and Iran have not had formal diplomatic relations since the 1979 Iranian revolution. In December 2011, then-Secretary of State Hillary Clinton launched the website. The U.S. government also operates social media accounts on Facebook, Twitter, Google+, YouTube, Instagram and Telegram, specifically targeting Dari- and Farsi-speaking populations.

Elkhan Sahinoglu acknowledged the existence of cyber groups that are engaged in spreading ‘fake news’ through social media networks, but he stopped short of giving them credit for altering the consciousness of Americans in order to peddle Trump's political interests.

"There is no evidence proves Russian involvement in the U.S. elections 2016," Sahinoglu said.

On October 31, executives from tech giants Google, Facebook and Twitter testified before the U.S. Senate Judiciary Subcommittee on Crime and Terrorism, as American authorities continue to investigate claims of Kremlin-sponsored meddling, and the level of control these companies have – or can have – over their product’s users.

When asked if Facebook knows who is behind the operation of every one of its online accounts, Collin Stretch, the company’s general counsel, responded, “To your question about seeing essentially behind the platform, to understand if there are shell corporations, of course the answer is no," he said. "We cannot see behind the activity."

Stretch told the lawmakers that roughly 126 million Americans may have been exposed to content generated on its platform between June 2015 and August 2017 by a Russian troll farm known as the Internet Research Agency. For its part, Twitter had identified 2,752 accounts linked to the agency, and found 36,746 accounts that appeared to be associated with Russia.

Given the recent Congressional testimonies, not all Caspian region experts are convinced that Russia’s hands are clean.

"I can't help but take into consideration the statements made by the representatives of such enormous social media companies, like Facebook, that declared Russian interference in the U.S. election by supporting Trump's interests via advertisements," Dosym Satpayev, a Kazakhstani political analyst and the director of the Risk Assessment Group, told Caspian News.

"As we know, there is no smoke without fire," Satpayev said.

Satpayev said the 2016 U.S. presidential election would not be the first time Russia has interfered in the political processes of other countries. He was referring to the situation in Ukraine, when serious internal political conflicts led to separatist movements in the eastern part of the country, which is heavily populated with ethnic Russians. Russia has a history of trying to influence elections there, to install a pro-Moscow, rather than pro-Europe, leader in Kiev.