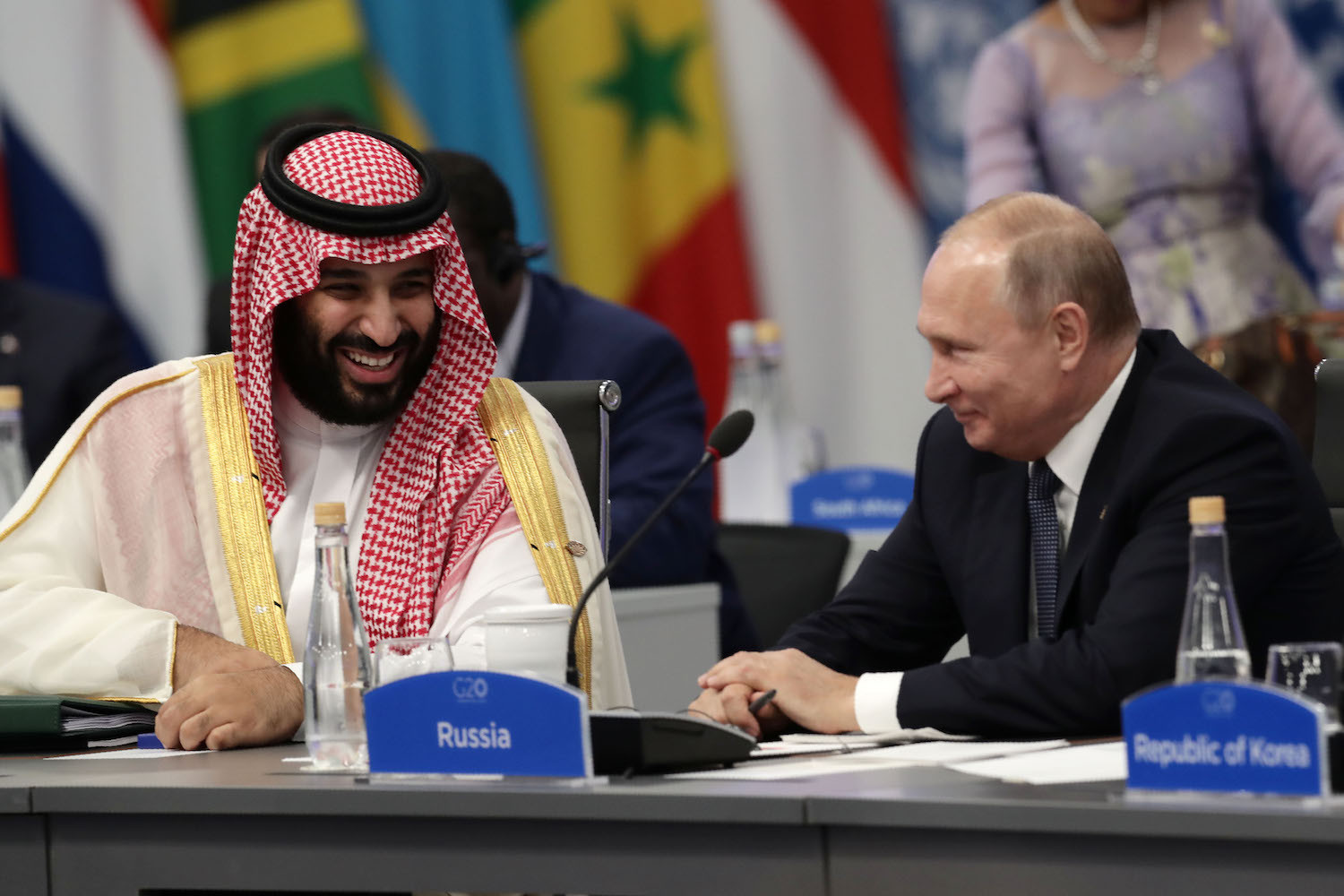 On Monday oil prices jumped by more than five percent amid the agreement between Moscow and Riyadh to push ahead their deal to manage the oil market, known as OPEC+, into next year.

Russia’s President Vladimir Putin held bilateral meetings with leaders of the world’s largest economic powers on the sidelines of the Group of Twenty (G20) Summit held in Buenos Aires this weekend. There, he agreed with Saudi Arabia’s Crown Prince Mohammed bin Salman to extend the OPEC+ agreement. However, the size of any potential output cuts has yet been confirmed. Neither Russian nor Saudi side made any announcement about output volumes.

“There is no final decision on volumes, but together with Saudi Arabia we will do it,” Interfax quoted Putin as saying on Saturday following his meeting with Salman. “And whatever number there will be based on this joint decision, we agreed that we will monitor the market situation and react to it quickly.”

The Russo-Saudi pact has raised speculations about OPEC and news of its allies agreeing to cuts. On Monday morning, February Brent crude oil futures surged by 4.91 percent to $62.4 per barrel. January WTI crude oil futures also marked a 5.38 percent growth, to $53.66 per barrel. Oil rebounded from the biggest monthly loss in a decade.

OPEC’s president, U.A.E. Energy Minister Suhail Al Mazrouei, expressed hope that the issue of a reduction in production for 2019 will be solved at the OPEC meeting in Vienna scheduled for next week.

“I am optimistic that we will reach a good solution and a good agreement to adjust production downward, to cut production, to ensure that we keep the market stability and keep the OPEC and non-OPEC together as well,” Bloomberg quoted Al Mazrouei as saying on Sunday.

In 2016, OPEC member states and 11 non-OPEC oil-exporting countries, including Russia, all together referred to as OPEC +, had agreed to reduce oil production by 1.8 million barrels per day in order to reduce global oil reserves to the average level of the last five years. At an OPEC meeting in May 2017, the countries extended the agreement until of the following year, maintaining the previous quotas for all member states.

“This might be the critical breakthrough for OPEC and non-OPEC to cut,” Bloomberg quoted Derek Brower, a consultant at RS Energy Group, as saying on December 3. “But the details are now what matter — how much will be cut, from when, for how long and, crucially, from what baselines.”