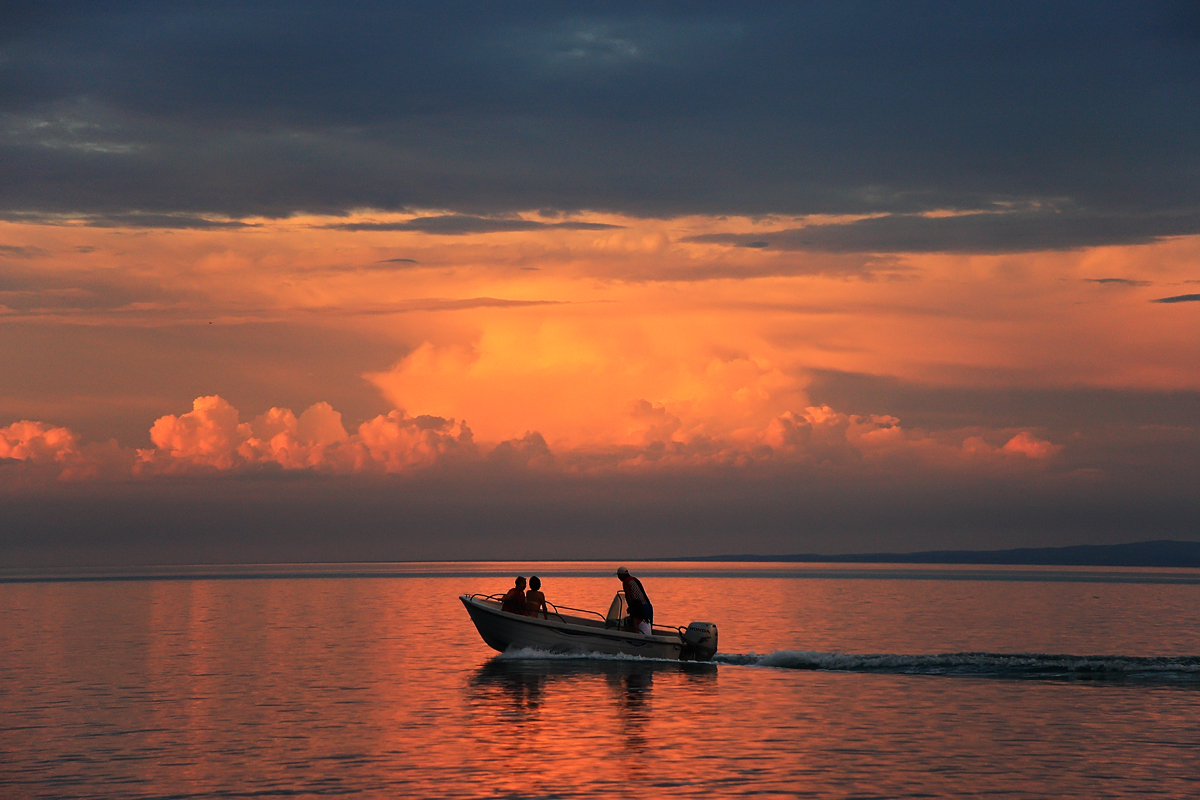 The pear-shaped Alakol Lake and neighboring hot springs are known for their healing properties and have been famous since ancient times.

Kazakhstan’s tourism industry currently generates less than one percent, or about $1.44 billion, of the Caspian region country’s gross domestic product (GDP), with tourists from neighboring Uzbekistan making up the largest demographic. Authorities are already working to relax visa rules and develop infrastructure, to lure tourists from further afar and hoping to increase tourism revenue to $12 billion within the next five years.

“The service industry has a great potential for the development of the economy, first of all, it is tourism, e-commerce, transport and logistics,” Prime Minister Askar Mamin said Monday during an extended government meeting, according to reports by Vlast.kz.

“The implementation of the new tourism development program with the attraction of 600 billion tenge in investment will create 200,000 jobs taking into account related industries. The share of tourism in GDP will rise to 8 percent by 2025,” Mamin said.

Kazakhstan is Central Asia’s largest economy, and the ninth largest country in the world in terms of size. Officials and tourism professionals are banking on the scope and scale of natural landscapes – from large, sunny steppes, to mountain ranges and lakes – to attract visitors from around the globe. In 2018, the government recorded a record influx, with more than eight million tourists entering – a 10 percent increase from the year before.

Earlier this year, Kazakhstani officials launched a pilot project that issues electronic visas at airports. Until then, applicants from most countries needed to visit an embassy or consulate before traveling to get a visa. Now visitors can apply for visas online and be issued a printable visa within about five business days.

With an e-visa, visitors can enter the country only through the cities of Nur-Sultan and Almaty. Citizens residing in 128 countries, including citizens of China, India, Iran and other Persian Gulf countries, can apply for an e-visa for tourism, business and medical treatment purposes.

To help boost visitor numbers, the government has increased spending on developing the tourism industry, providing the state-run Kazakh Tourism company with nearly $1.6 million to launch an international marketing campaign, and spending over $8 million to promote the industry.

Meanwhile, infrastructure development of the Lake Alakol region in the east is expected to make Kazakhstan’s hot springs, known for their healing properties, famous beyond the country’s borders.

“For two years we have invested a lot of money in the development of the coastline [of the lake]. In the next four years we will invest even more so that not only domestic, but also foreign tourists may come here and take a rest with comfort,” said Danial Akhmetov, the Governor of the East Kazakhstan region, according to reports by Kazinform.

At the same time, cultural and historical initiatives have untapped potential to boost the economy. Archaeological and historic locations that have been welcoming thousands of tourists and are protected by UNESCO include the Mausoleum of Khoja Ahmed Yasawi, who founded the first Turkic Sufi order; and petroglyphs found within the archaeological landscape of Tamgaly; as well as the legendary Silk Road routes network of the Chang’an-Tianshan Corridor.