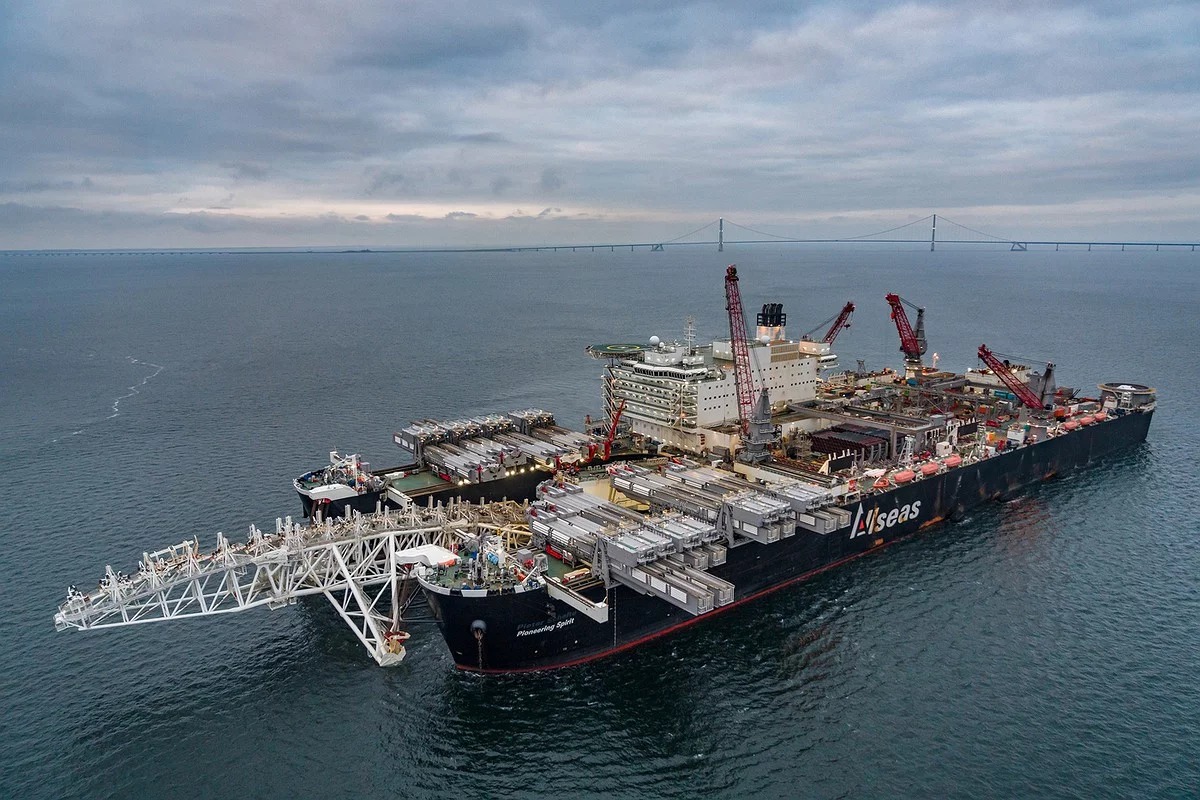 Nord Stream 2 is a two-string pipeline, meaning that two pipelines run parallel to one another. The strings will run through the territorial waters and exclusive economic zones of Russia, Finland, Sweden, Germany and Denmark.

Pioneering Spirit, the world’s largest construction vessel owned by the Swiss company Allseas, has started laying down the pipes for Nord Stream 2, a pipeline that will increase already existing capacity to carry Russian gas through the Baltic Sea to northern Europe.

Nord Stream 2 is a two-string pipeline, meaning that two pipelines run parallel to one another. The strings will run through the territorial waters and exclusive economic zones of Russia, Finland, Sweden, Germany and Denmark. The governments of all five countries have given their consent for the construction of the pipeline, except Denmark, through which the pipeline would extend 139 kilometers. Despite differences over the project, Nord Stream 2 is expected to go into operation by early 2020.

“The Nord Stream 2 project is proceeding according to plan and on schedule. The pipe-laying vessel Audacia finished its work in German waters [on Saturday],” reads the Nord Stream 2 AG’s website. “Already approximately 370 kilometers of the pipeline have been laid so far,” the company added.”

Nord Stream 2 is being constructed by Engie (France), OMV AG (Austria), Royal Dutch Shell (U.K. and the Netherlands), Uniper and Wintershall (Germany), and the Russian energy giant Gazprom – the world's largest supplier of natural gas, which accounts for approximately 15 percent of global production.

Initiated by Moscow in 2015, the 1,200-kilometer (758-mile) two-string pipeline will complement the already existing Nord Stream pipeline. Together they will deliver 110 billion cubic meters (bcm) of natural gas per year to Europe.

Nord Stream 2 would double Russian gas deliveries to Europe via Germany – a prospect that has rang alarm bells in Washington, particularly the Trump Administration as it looks to boost exports of American liquified natural gas (LNG) to Europe. President Donald Trump has repeatedly rebuked Berlin about its undue dependency on Moscow for its energy needs and even calling Germany a “captive” of Russia.

To reduce dependency by U.S. allies on Russian energy resources, Republican Senators John Barrasso of Wyoming and Corey Gardner of Colorado introduced a bill in June proposing sanctions on any company that helps construct the pipeline. In turn, Kremlin spokesman Dmitry Peskov said that the U.S.’ attempts to undermine the Nord Stream 2 pipeline project are an example of unfair competition.

“This is a consistent line, we do not consider it to be correct and acceptable to us, because it’s about trying to prevent the implementation of a purely commercial, economic project that is in the interests of not only the gas supplier, Russia, but also consumers, first of all, Germany as an EU country,” Peskov said on December 12 commenting on the resolution, according to TeleTrader.com.

Along with the U.S., Ukraine and Poland have both voiced opposition to the $11 billion project. Kiev benefits greatly from transit fees paid to its exchequer thanks to overland pipelines that pass through its territory, which will be diminished if Nord Stream 2 comes to fruition. 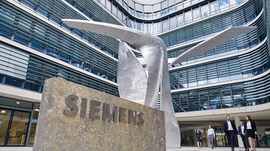 As Kazakhstan Looks To Develop Digital Economy, German Know-How Could Be Key

Officials in Kazakhstan are working to develop the digital economy of what is Central Asia’s weal... 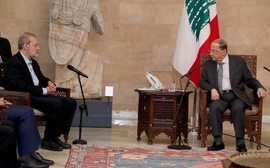 Ali Larijani, the speaker of Iran’s parliament, said Tehran is willing and ready to support Leban...